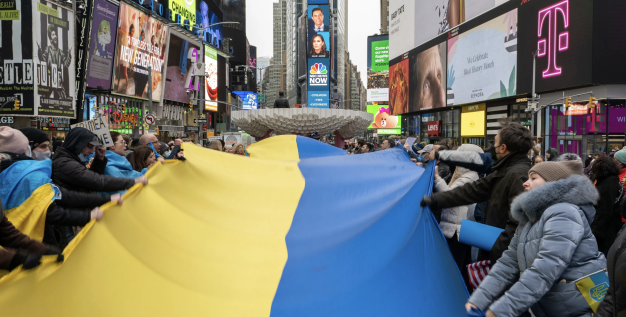 Published on 24-03-2022 at 10:06
“Ever since 2016, students have had so many questions about domestic and foreign affairs,” writes Sari Beth Rosenberg, who teaches U.S. History. Above, a group of people holding a large Ukrainian flag gather for a “Stand With Ukraine” rally in New York City’s Times Square. Alexi Rosenfeld/Getty Images

‘Living through history’ is an opportunity and a challenge.

Between the election of 2016, the COVID pandemic, the George Floyd protests, the Jan 6th insurrection at the Capitol, and now this war in Ukraine, history teachers have never had more engaged students. And we owe young people the space and opportunities to make sense of these turbulent times.

So as I returned from our mid-winter break in New York City, I began racking my brain about how to discuss the Russian invasion of Ukraine, which started while we were away. I teach U.S. History and AP U.S. History at a New York City public high school. Monumental news events in recent years have reinvigorated my teaching while also providing me with a new set of challenges, says Sari Beth Rosenberg, a history teacher in New York City. 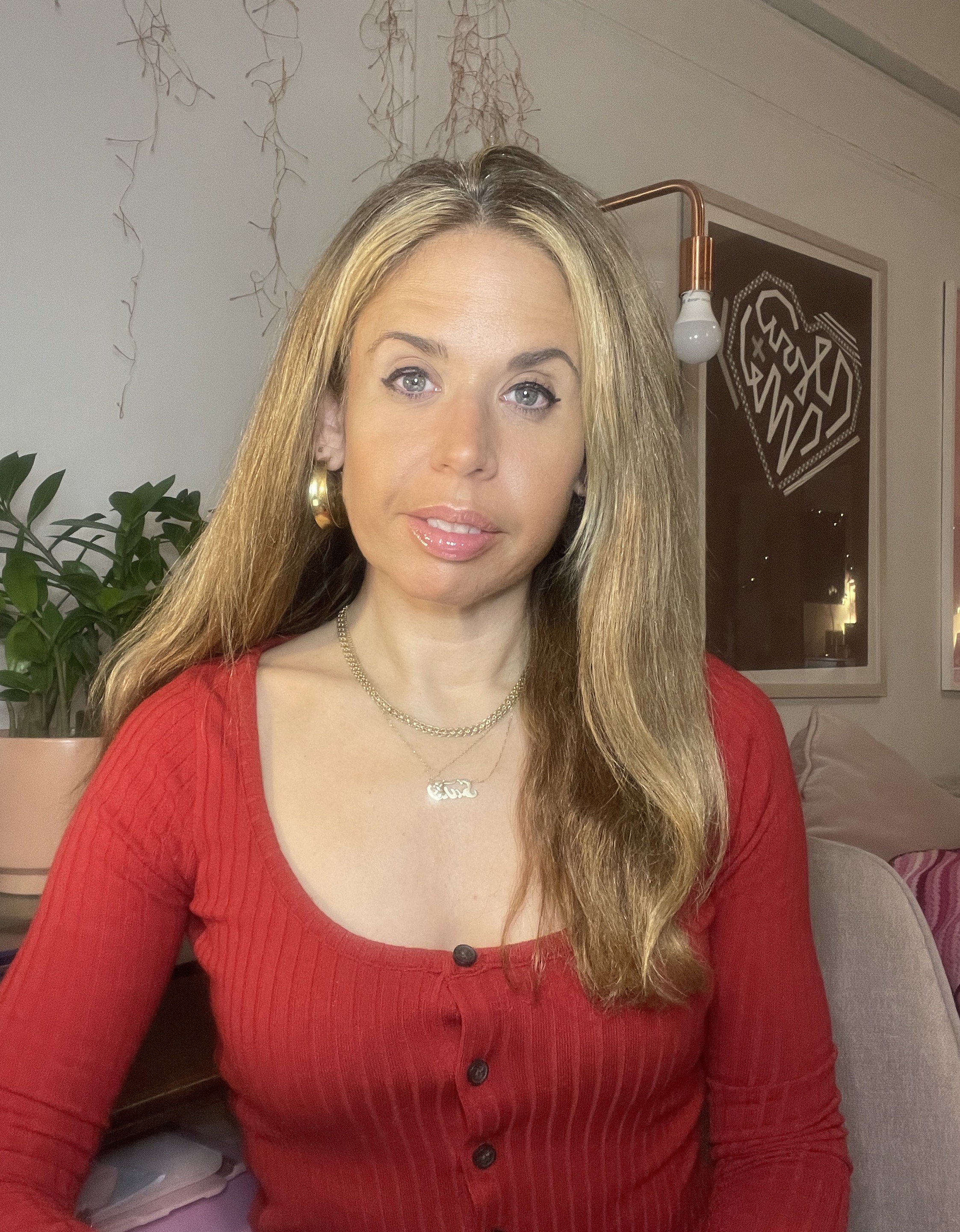 “We are really living through history,” my students frequently say. Ever since 2016, students have had so many questions about domestic and foreign affairs. I’ve been teaching for about two decades and have never seen this kind of awareness. However, balancing their enthusiasm for learning about current events with the pressure to cover the necessary content to prepare them for end-of-the-year exams has been one of my biggest struggles. However, any time I doubt my decision to discuss news events in-depth, I remember that former students appreciated the lessons when I connected past events to the present. They tell me this years later. So, despite my fear of “getting behind” in the content, I decided to devote our first day back to discussing the conflict and humanitarian disaster in Ukraine.

When I started planning for the conversation, I realized that what is happening in Ukraine connects to what we are currently discussing in my classes: imperialism and world wars. It is also an opportunity to bring up such wide-ranging topics as nuclear power, NATO, refugees, and the “rules of war.” I started class by asking my students what they already knew about the conflict in Ukraine and made a list on the board with their responses. Most teens seemed to have a pretty decent understanding of what was taking place, as my students’ TikTok feeds are flooded with the latest news out of Ukraine. (That’s one reason to help students navigate the news.)

My students’ TikTok feeds are flooded with the latest news out of Ukraine.

Students told me they were terrified of a possible nuclear war. Their fears reminded me of another reason we discuss even horrific events like war with young people: to provide a forum for them to share their distress. Having such an outlet is critical, especially now, against the backdrop of a pediatric mental health emergency that experts say has been exacerbated by COVID and racial injustice.

To process the news, we read the BBC article “Why has Russia invaded Ukraine, and what does Putin want?” together and paused throughout to discuss the topics that connected to what we were currently studying, including imperialism around the globe. Students had studied Global History the previous year, so we discussed parallels between the Battle of Britain during World War II, including why U.S. military interference is considered an act of war. We also discussed how historians often debate whether Russia’s involvement in World War I led to the 1917 Bolshevik Revolution and the overthrow of Tsar Nicholas I. Students wondered if Putin’s invasion of Ukraine might lead to a similar degree of unrest among the Russian people, leading to his overthrow.

The conversation was very much student-led, which, in my experience, is when real learning takes place. Teachers should come to class with a variety of articles, videos, and overall themes and then integrate the resources based on the students’ questions. It also allows educators to model media literacy for students by walking them through various news sites and determining if they are trusted resources using Sam Wineburg’s “lateral reading” method. (The core principle of the Wineburg method involves evaluating an author’s possible biases.)

We will continue to make connections as my AP U.S. History class begins learning about World War II and then the Cold War over the next few weeks. I plan on sharing this recent New York Times guest essay, “I’m a Cold War Historian. We’re in a Frightening New Era,” by Mary Elise Sarotte to introduce the Cold War lessons. In it she writes: “That 20th-century conflict was characterized by avoidance of direct Western-Russian engagement, producing instead proxy wars in other countries. President Vladimir Putin’s brazenness calls this practice into question. If he is reckless enough to pulverize Ukrainian civilians and risk popular rebellion, he may be reckless enough to provoke NATO.” I will ask students to look for continuities as well as changes between the Cold War era and the Putin era.

I hope to channel my students’ unprecedented enthusiasm for learning history into civic engagement. If we continue teaching critical thinking skills and fostering empathy, Generation Z will lead us into a more accepting, equitable, and peaceful world.

Sari Beth Rosenberg has been teaching U.S. History and AP U.S. History at a New York City public high school for the past 20 years, and she currently hosts the PBS NewsHour Classroom Educator Zoom series. She writes social studies curriculum and lessons for the New York City Department of Education. Rosenberg has been featured in The New York Times, The Washington Post, Reuters, TheSkimm, and many other outlets. She is the co-founder of Teachers Unify Against Gun Violence and a senior advisor for Voters of Tomorrow. You can follow her on Twitter and Instagram.

This story was originally published by Chalkbeat, a non-profit news site covering educational change in public schools in the USA. Sign up for their newsletters at ckbe.at/newsletters