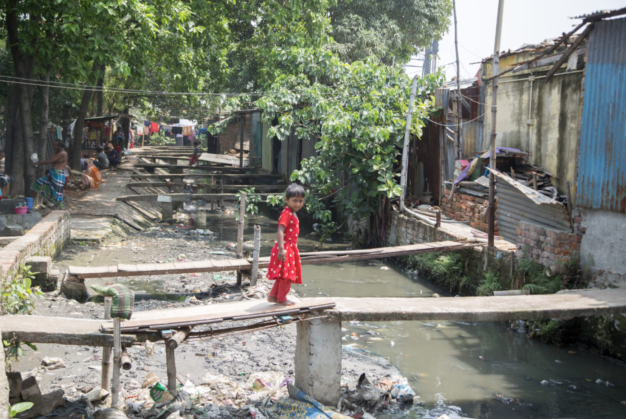 What impact can housing have on a child?

Published on 07-02-2022 at 09:00
The Global Alliance was established to tackle the huge challenges and numerous issues faced by children living in urban areas, especially the most marginalized children.

We may see a house as just that: a shelter and a space to call home. But what if that house is inadequate? If the house can’t be kept clean or it’s situated along a polluted, dusty road? What if it’s not safe, and even when they close the door, its residents can’t relax? What if it’s in a slum without access to water and sanitation?

Adequate housing supports children’s physical, mental and social development There are two key factors at play here. The first is the type of house and the quality of infrastructure its connected to, and the second is the location of the house, for example whether it’s in an informal settlement, an area vulnerable to natural disasters, or a polluted area. It’s important to consider both when considering the impact housing can have on a child’s future, says Cities4Children.

How can inadequate housing impact a child’s health?

A child’s poor health could be triggered by inadequate housing. If a child lives in a home without adequate sanitation and without access to clean water, then they are at higher risk for experiencing poor health, diarrhoea, food poisoning and air and water borne diseases. Diarrhoea diseases remain the second biggest cause of death of children under five, while health data indicates that living in inadequate housing has a significant impact on infant health. If diarrhoea doesn’t kill a child, frequent diarrhoea can lead to stunting, which can also affect brain development, thus potentially hampering opportunities for the child to learn, develop and thrive.

Robert Ndugwa is head of data and analytics at UN-Habitat: “We believe strongly in the right to adequate housing, and unfortunately that’s easier said than translated into what it really means for children. There’s a lot of historical research that documents very strongly that the city, and the houses where children grow up, has a very strong impact on their futures and throughout their lifetime. It impacts their behavioural development, from the physical to the psychological.”

How can air quality be impacted by residents?

Burning solid fuels on indoor stoves for cooking and heating can pollute the air within the home. In Mongolia, for example, people have prepared food over wood-burning stoves for millennia. Homes, especially those in slum dwellings, are often poorly ventilated and single-room dwellings, which means the children are exposed to indoor air pollution during their time at home. In addition to high risk of respiratory illnesses, air pollution can also cause increased risk of heart disease and impact neurodevelopment, leading to lower cognition.

Slums and informal settlements may also expose children to additional risks due to their location. Slums are usually located in hazardous and undesirable locations and more susceptible to flooding, landslides etc. and less resilient to disasters and public emergencies due to the poor quality of the housing and construction materials. Therefore, children in these environments may be exposed to higher level of pollution within the environment and are more likely to be displaced within their lifetime. 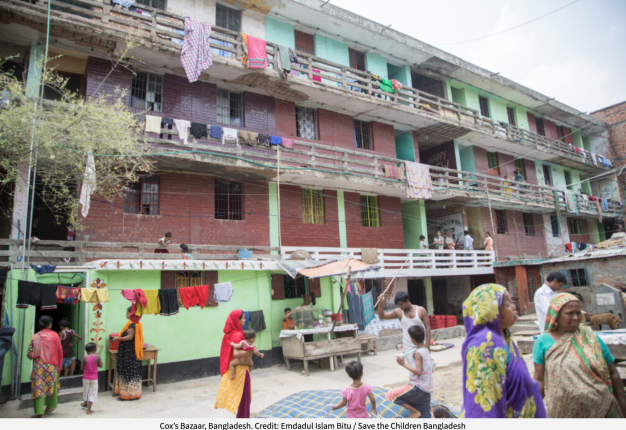 How can inadequate housing impact a child’s safety at home?

All people, not just children, should feel safe and secure at home. A home should be a safe place, where one can shut the door on the world’s troubles and challenges when necessary. Around one billion people live in informal settlements, or, settlements that fall outside of government regulation, and these can cause a higher than normal rate of injuries and deaths for residents. Poor construction materials and building practices can create obstacles and hazards for children. For example, faulty wiring, exposed latrines, and open cooking set-ups can all lead to accidents, especially for rambunctious toddlers who enjoy exploring.

In addition, slums and informal settlements tend to be located in less desirable areas where there may be more risk of landslides, volcanic eruptions and floods.

Which brings us onto…the impact of intense weather events

Heat waves are particularly problematic for those living in poor housing, and young children and the elderly are among the most vulnerable populations for developing heatstroke. A recent Save the Children report found that children born in 2020 will face 6.8 times more heatwaves than someone born in 1960. Housing can be developed and altered to be more heat resistant: this can be done through cost effective interventions, including painting the outside white and improving ventilation. Painting the roofs white has been found to reduce internal temperatures by two degrees.

Sarah Sabry, Urban Lead at Save the Children, mentions that an often unlooked impact of poor housing on children is embarrassment. Older children may be ashamed of where they live, and they may understand the stigma that exists with living in a slum. This could affect the jobs they apply to, or how they view their own prospects when considering further education. They may also be more likely to be harassed by the police, who may assume children who live in informal housing are more likely to be criminals.

What must be done?

The number of children living in inadequate, urban housing is rising. Given the known impact of inadequate housing on children’s cognitive development, health and education, we urgently need to address this growing crisis. Globally, an estimated 1.6 billion people live in inadequate housing. This includes 1 billion people living in informal settlements and slums, of which approximately 350 to 500 million are children (below the age of 18).Given that 70 per cent of the world’s population is predicted to live in cities by 2050, inadequate housing in slums and informal settlements deserves significant attention and resources. Connecting informal housing to basic infrastructure like water, sanitation, waste management and clean energy sources, should be a priority for governments.

We currently lack a lot of data around children who live in slums. Better data collection can improve our knowledge and understanding of the gaps surrounding these issues, and additionally impress authorities into action.

Thomas George, Global Lead for Urban at UNICEF says: “Localised, context specific data-collection is vital when it comes to analysing housing stock and improvement.” There are some cities where slums make up 90 percent of the population, and others where it’s just 10 percent.

“Another way to alter the status quo and improve outcomes for children is to introduce better rent regulation policies. These would, for example, reduce incentives for landlords to leave housing units empty in cities, and regulate that rental prices do not drastically increase overnight forcing families to keep relocating to poorer quality housing,” says Sabry. There’s a common misconception that slum houses are always self-built, but this isn’t the case at all. In some areas, as many as 50 percent of the homes may be rented and  additionally there is often a lot of vacant housing in cities, which could easily be made available for rent with the right policies.

And fundamentally, let’s not forget that housing is a human right, listed in both the declaration of human rights (Article 27), and also listed in the Convention of the Rights of the Child (Article 25).

Cities4Children is a global alliance that was established to tackle the huge challenges and numerous issues faced by children living in urban areas, especially the most marginalised children. Material reproduced under Creative Commons License.