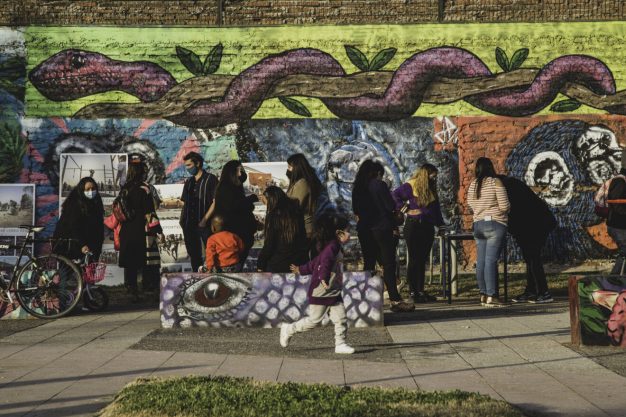 Urban95, the child-inspired design project of the Bernard van Leer Foundation, has joined forces with the the non-profit United Way’s Latin America branch, to share leadership knowledge of making cities there more child-friendly.

The aim, says the foundation, is is nurture a community of leaders in across South America, and learn from the experiences of those already having success in making cities and urban centres suitable for babies, toddlers and their families.

While the continent already has many inspiring early childhood policies up and running at both local and national levels, the onset of COVID and its knock-on effects has, says the foundation, had an enormous impact on inequality and poverty, with many families struggling to make use of basic services and transport, while also being unable to access safe, green spaces.

United Way operates across the world, but is particularly strong in Latin America, with branches in Chile, Colombia and Guetamala, and this exciting new partnership with the Bernard van Leer Foundation brings together diverse organisations like the FEMSA Foundation, along with local authorities and urban designers, to get their heads together to identify and realise creative solutions that will benefit city-based children and their families.

Advocacy and social media outreach, says the foundation, are an essential part of the project, to raise leaders’ awareness about the needs of urban babies, toddlers and caregivers, and to spark a movement among citizens for wider transformation. In Barranquilla and Cartagena, Colombia, the partnership is focusing on improvements to public space, mobility and data-driven decision-making. Children who will benefit include two-year-old Maria, who wants to play in the fresh air, and three-year-old Adrian, who needs safe streets to learn to ride his bike.

Cecilia Vaca Jones, executive director of the Bernard van Leer Foundation, said: “The aim is to work on various aspects of urban planning and design, and life in the city, in order to improve health and wellbeing, and to foster healthy interactions between young children and their caregivers.”

These interventions to transform public spaces in the cities will, the foundation adds, be sustained through partnerships with local government organisations and by mobilising communities to get involved.

Find out more about the partnership on social media using the hashtag #TransformamosDesde95cm.