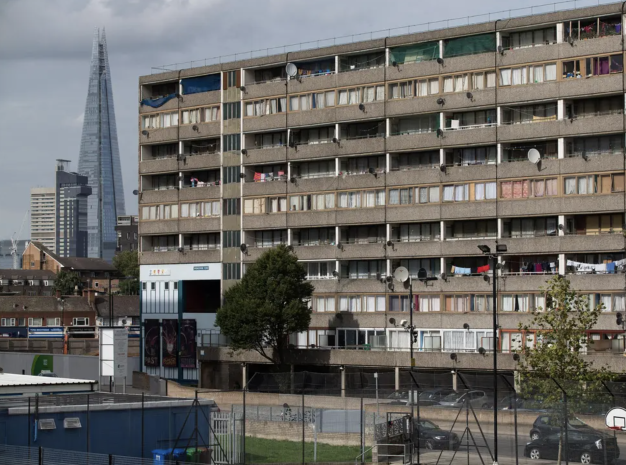 Children in London are growing up in ‘substandard and uninhabitable temporary accommodation’ because of persistent policy failures, according to a new report.

Human Rights Watch and the Childhood Trust say the government is failing in its duty to ensure the right to adequate housing for families who are homeless. Their report, I Want Us to Live Like Humans Again”: Families in Temporary Accommodation in London, UK,” examines how families across London are being placed in poor quality and uninhabitable accommodation, significantly violating their rights.

The situation is, according to the two organisations, down to a combination of reduced funding for local authorities, austerity-motivated cuts to the welfare system, and a lack of affordable permanent housing.

Alex Firth, senior coordinator at Human Rights Watch, believes the government needs to tackle the crisis by reducing reliance on temporary accommodation and addressing the issue of housing that is unfit for families to live in.

“If the government is really committed to its agenda of ‘levelling up’ every part of the UK, then giving families a safe and decent home to live in should be the foundation of its efforts,” he said. The government has responded to the report by saying it is already strengthening councils’ enforcement powers to tackle overcrowding and reducing social housing waiting lists, which it says have fallen by over half since 2010.

People described conditions including mould, cold temperatures, and a lack of space. These poor conditions, says the charity, constitute a violation of the right to adequate housing and children’s rights to an adequate standard of living. This is exacerbated by the fact some families live in ‘temporary’ accommodation for several years.

Amaka, a pregnant mother with three boys, ages four, seven, and nine, lived for six months in 2020 in a studio flat in Lambeth. The room was so small that they all had to share a double bed. She said the situation deteriorated when the pandemic started. “It was very, very hard for me in that small flat. The council just put me there and left me. When Covid started I saw hell.”

In Croydon, Layla and her four daughters, aged six to 26, were placed in a three-bedroom house between 2017 and 2019 by Southwark Council. Her youngest daughter, Israa, was six years old when she moved into the house and had no pre-existing health conditions. However, the house had toxic mould and Israa’s bedroom was ‘the worst room in the entire house, it was unimaginable’. She developed respiratory issues while living there and was diagnosed with asthma, as well as needing an operation to assist with her irregular breathing.

‘Worst room in the house’

The onset of the pandemic, and particularly with schools being closed then made every situation, and many more, worse. The lack of space made it harder for children to concentrate or find a quiet space to do their work. Most people interviewed also said their temporary accommodation lacked a Wi-Fi connection.

Part of the problem, Human Rights Watch found, is that the central government reduced its funding to local authorities, by 37 per cent in real terms between 2009-10 and 2018-19, with London facing the largest cuts. In response to the growing homelessness crisis, local authorities have had to increase their spending on short term fixes that do not address the root of the problem.

Laurence Guinness, chief executive of the Childhood Trust, said: “Successive governments have utterly failed to fix the housing crisis. Children are suffering appalling abuses of their rights with devastating consequences for their health, education, and life chances. This report is a wake-up call to the government that this abuse has to stop.”

A spokesperson for the Government’s Department for Levelling Up, Housing and Communities said: “More than 119,000 affordable homes have been delivered in the capital over the past 10 years, with a further £4 billion allocated to London to deliver 35,000 homes over the next five years. We are driving down the need for temporary accommodation by preventing homelessness before it occurs, with over £2bn committed to tackle homelessness and rough sleeping over the next three years.” 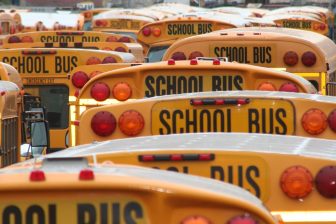 New York City is home to more than 11,000 homeless students