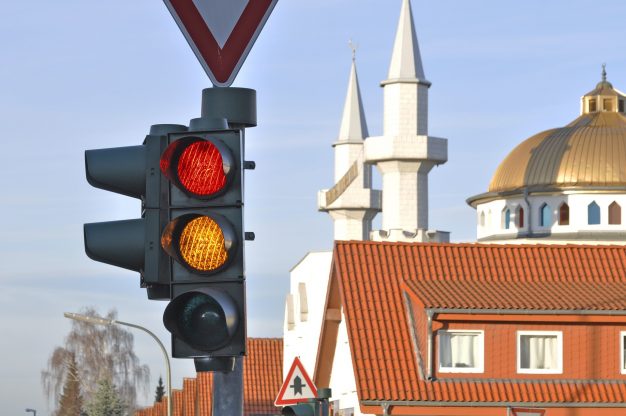 COVID-19 changed the way people move around cities. In 2020, demand for travel dropped dramatically, and many urban areas enforced restrictions on movement through lockdowns in a bid to control the impact of the pandemic.

These lockdown periods throughout most of 2020 provided a rare glimpse into a world with reduced motorized travel. Images of calmer streets, clear skies and wildlife venturing into urban areas emerged around the world. Lockdowns also encouraged greater demand for non-motorized travel.

Urban and transport planners might expect this reduction in motor vehicle travel to also result in a reduction in traffic fatalities – fewer cars on the road may mean fewer chances to crash. However, this has not necessarily been the case everywhere. Preliminary data from cities around the world shows a mixed picture.

In some places, a reduction in the number of cars on the road seems to have led to a decrease in crashes, injuries and fatalities. Data from a number of countries like Germany showed that the overall number of traffic crashes and fatalities declined in 2020. In regions where lockdowns were stricter and mobility was severely reduced, traffic fatalities fell steeply. In Spain, city traffic reduced by as much as 78% and traffic collisions were reduced by 67 per cent during the first month of lockdown. Data from Greece in March and April 2020 shows a 62 per cent reduction in collisions, and evidence from Qatar suggests that a 30 per cent reduction in traffic led to a 37 per cent drop in total crashes during March 2020. In these areas, it would appear that stricter mobility restrictions and greater reduction in traffic volume had a stronger effect on reducing traffic fatalities.

But some places saw increases in traffic fatalities, including the United States and Australia. Furthermore, the rate of crashes seems to have increased in some instances. In the first nine months of 2020 in the United States, fatality rates increased 4.6% despite a 14.5% reduction in vehicle miles traveled. Clearly, other factors are in play, and the effect of fewer vehicles on road safety is more complex than it might initially seem.

The role of speed

Speed is a well-documented risk factor for road crashes, increasing the likelihood and severity of collisions. From what we have seen so far, it appears that COVID-19 lockdowns generally led to an increase in average vehicle speeds, even in countries that experienced decreases in overall fatalities. In data from Greece and Saudi Arabia, overall speeds increased 6 -11 per cent along with a 12 per cent increase in harsh acceleration and braking events.

In Cali, Colombia, more vehicles were recorded travelling 50 kph or higher in 2020 than in 2019. More speeding vehicles were seen at all hours of the day, with a larger increase during previously congested peak travel hours.

In some of the most congested cities of the United States, with reduced traffic, speeds increased by as much as 250 per cent relative to normal levels, and average speeds often exceeded posted speed limits. Extreme speeding events also increased in places: the California Highway Patrol in the United States reported an 87 per cent increase of citations for speeding exceeding 100mph (160 kph). In Toronto, Canada, police reported a 200% increase in “stunt driving” offenses in March 2020, compared to the previous year.

Data from Zendrive shows an increase in sudden acceleration or braking events in the months following the earliest lockdowns in March 2020. This indicates more dangerous and riskier driving patterns.

It’s possible that emptier roads and reduced road congestion encouraged higher speeds and riskier behavior from the drivers who did choose to travel. Pandemic- or lockdown-related stress may also have been a factor in encouraging risky road behavior. The alarming increase in extreme speeding, as well as the increase in overall traffic speeds, created a dangerous environment, particularly in the United States, where the predominance of large vehicles, wide roads and high speed limits seems to have led to a stark increase in crash rates. The most compelling evidence for the rise in dangerous driving can be seen in the rise of single-car fatal crashes – with rates increasing 4.1 times relative to pre-pandemic levels.

While the extent to which extreme speeding events have accounted for the overall increase in fatalities in these places remains unknown, the broader trend of increasing speeds undeniably puts all road users at risk, particularly in places where the road infrastructure has not been designed to encourage safe speeds.

Stronger speed management measures could have helped reduce these risks during the pandemic. For example, Bogotá, Colombia, lowered its citywide speed limit and installed speed cameras on major arterial roads during the pandemic. Overall, although average vehicle speeds increased in the city in 2020 with reduced congestion during the pandemic, the number of vehicles speeding over 50 kph decreased, especially on corridors where speed limits had been lowered and cameras installed. A preliminary analysis by WRI found that corridors with these speed management measures in place saw a decline in fatalities at twice the rate of other corridors.

Change in the rate of severe crashes on corridors with speed limit reductions and camera enforcement show that speed management measures had an impact on deaths and injuries.

Vehicle mode share also changed significantly in some places. While motor vehicle use declined, the increase of two modes in particular – powered two-wheelers and bicycles – may have played a role in road safety outcomes.

Transit service cuts, fear of contagion, and an increase in motorcycle delivery services spurred by the pandemic may have contributed to the increased use of powered two-wheelers in many cities. The UK-based food delivery service Deliveroo for example, doubled its rider numbers during the pandemic. In Cali, Colombia, a city of 2.2 million, the number of motorcycles recorded on arterial roads was up to three times higher compared to pre-pandemic levels. Motorcycles were sold at a higher rate, becoming the most sold vehicle type in the city. Motorcyclists in Cali, however, have the highest crash risk per kilometer traveled, and tend to travel at the fastest speeds of all vehicles in the city. In addition to the rise in travel speeds, this may explain why Cali did not see a decrease in its road crash fatality rate during 2020, but rather even saw an increase during the last three months of the year.

Nearby in Bogotá, a different change in mode share was seen. In contrast with Cali, Bogotá increased its share of bicyclists from 10 per cent to 13 per cent while motorcycle use remained similar to pre-pandemic levels at roughly nine per cent. The city added many new pop-up bicycle lanes as a response to pandemic-induced demand for cycling, as did many other cities around the world. In Bogotá, road corridors that had bicycle lanes added during the pandemic saw a decrease in motor vehicle speeds and fewer road crash victims for all modes on these corridors, according to a preliminary analysis by WRI.

Bicycle use also surged in popularity in other cities across the world. Even predominantly car-centric cities saw increases in their bicycle mode share- like Houston growing 138 per cent, and Los Angeles growing by 93 per cent. But data from other cities seem to show that an increase in bicycle ridership on its own may not necessarily lead to a better safety outcome as it did in Bogotá. Bicyclist fatalities went up in Germany in 2020 as more riders took to the streets. Despite a 10.4 per cent drop in overall road fatalities, bicyclist fatalities increased 23 per cent. Many German cities like Berlin also installed temporary bike lanes to handle the increase in bicycle riders during the pandemic, but temporary road space alone may have been insufficient without other necessary measures to reduce speeds or conflicts with other vehicles. The reason for the difference in road safety outcomes between Bogotá and Berlin may lie in Bogotá’s more systemic approach to road safety – combining lower speed limits, road width changes to provide bicycle infrastructure, and camera enforcement.

Understanding the total effects of COVID-19 responses on road safety requires a more comprehensive review of traffic volume, speed regulation and enforcement, road design, and other epidemiologic factors. However, lockdowns and changes in mobility patterns clearly have had an impact on road safety outcomes across the world. In general, we have seen that reducing motor vehicle use has a positive impact on road safety, and maintaining safe vehicle speeds is critical.

It also seems clear that any one measure on its own – reducing motor vehicle traffic, shifting to non-motorized modes, or providing temporary bike lanes – does not necessarily mean that streets will automatically be safer. A systemic approach to road safety, which includes elements like speed management, infrastructure and enforcement, is fundamental to improving road safety everywhere.

The pandemic has also driven a huge increase in bicycle and motorcycle use, and cities need to rethink road and curb space to accommodate these shifts. The regulation of freight and online or app-based delivery services will be critical as the use of these services grows rapidly. Supporting cycling and designing safe streets for active modes would make both cyclists and car users safer and sustain a growing interest in walking and cycling. However, in many places, current infrastructure for non-motorized transport is inadequate to handle the large increase in demand. Continued investment in safe infrastructure and renewing public transport ridership will be key to sustaining an interest in active mobility and ensuring safety for all users.

Further research and analysis of road safety impacts from more cities during the pandemic is needed to fully understand the complex systemic nature of road safety and to derive systemic solutions. The lessons gleaned from this research may prove essential to helping city planners design safer road systems everywhere long after the COVID-19 pandemic.