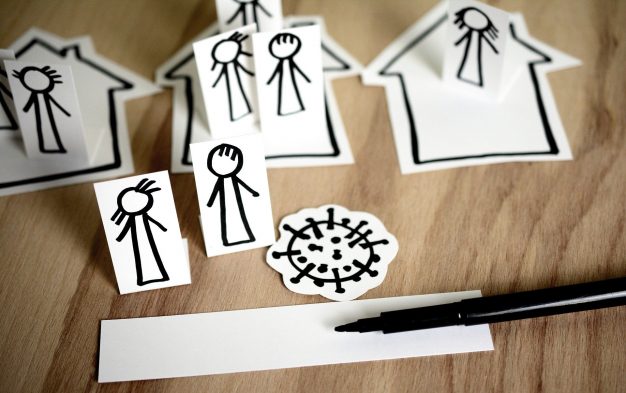 Poorly ventilated school classrooms can result in six times as many COVID-19 cases compared with those which are regularly aired, say researchers in Switzerland.

A study by the Swiss Federal Laboratories for Materials Science and Technology (EMPA) analysed data from CO2 sensors in 150 classrooms in the Graubünden canton (city region), before checking the results against the schools’ own regularly-conducted COVID tests.

The correlation is clear: “more students and teaching staff were infected with the corona virus in classrooms with poor air quality than in rooms that are regularly ventilated”, EMPA said. The badly ventilated rooms – 60 per cent of those studied, say officials in Graubünden – came out with six times as many cases as the better ventilated ones.

The researchers recommend airing out classrooms more than usual, even when outside temperatures are low; they say three times each hour, for five minutes at a time, is best. EMPA adds that further results from the city regions of Lucerne and Ticino are also being analysed before final conclusions are published at the beginning of next year.

COVID numbers in Switzerland are currently higher than they have been for around a year, with a record high of 12,598 new daily infections recorded yesterday. Much transmission seems to be happening in classrooms; in the week of November 29 to December 5, just under a third of total infections were recorded among those aged 19 and younger. This age group makes up one-fifth of the total population.

As a result, debates around mask-wearing and appropriate measures in schools have been ongoing. On Thursday, the latest cantons to take action were Bern, where school Christmas holidays will begin three days earlier than normal on December 21, and Schwyz, which made masks compulsory for all children from the first year of primary school. Zurich, the country’s biggest region, will implement this latter rule as of next January.

Using 300 CO2 sensors, the Graubünden Health Department, together with Empa researchers, investigated the air quality in 150 classrooms in the canton of Graubünden. In parallel, the number of positive Corona test results in these classrooms was recorded. The analysis of the data showed that more students and teaching staff were infected with the corona virus in classrooms with poor air quality than in rooms that are regularly ventilated.Aerosols play a key role in the transmission of SARS-CoV-2: People who have contracted the coronavirus exhale aerosols loaded with viruses, in addition to CO2.

The more of these aerosols that can circulate around a room, says the research, the higher the risk that other people in the same room will also become infected, especially if they stay in the room for a longer period of time. It has been thought for some time that the air quality in classrooms has an influence on the infection rates in schools, and so this pilot trial in Graubünden provides some empirical and statistical evidence to back up these theories.

Air quality has been measured in 150 classrooms of 59 elementary school in Graubünden since October 2021. Two CO2 sensors were installed in each room. A first evaluation, with data sets collected between one and 19 November 2021, is now available. A statistical correlation between the number of positive cases in the weekly school tests and the measured CO2 concentration in the corresponding classrooms could be established: Significantly more individuals were infected with SARS-CoV-2 in poorly ventilated classrooms.Moreover, the air quality measurements show that the majority of the classrooms under investigation have elevated levels of CO2. In 60 percent of the classrooms, CO2 levels exceeded 2000 parts per million (ppm). Elevated CO2 concentrations can impair cognitive performance and thus learning ability.