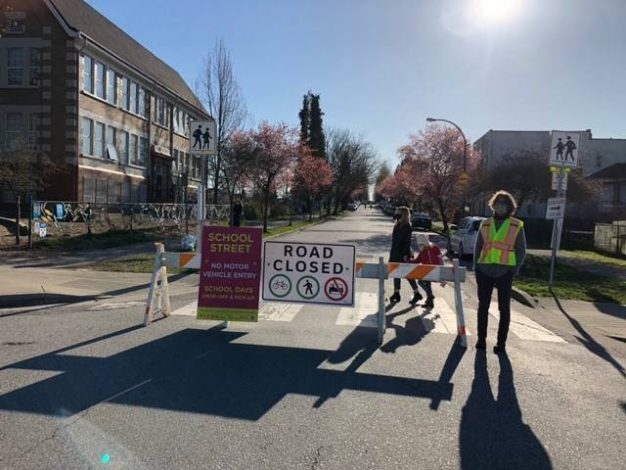 Planned development takes time, and proposed changes may be sluggish to implement, often challenged by bureaucratic powers that deny cities the opportunity to ‘get things done’. Sometimes cities need an injection of tactical urbanism to transform urban use and improve the way of life for children, caregivers, and other city-dwellers.

Tactical urbanism is an action-oriented process which can be initiated by a range of actors, from NGOs to citizens. Its aim is to disrupt and reclaim ‘formal’ or unused/disused spaces by enacting ‘nimble’ ‘quick’ ‘low-cost’ ‘flexible’ ‘activist’ and ‘experimental’ interventions to create useful, people-friendly places.[1] Tactical urbanism places the local community and public space users at the very heart of the placemaking process. Often these changes are temporary, but some trigger more lasting and transformative change, writes Anupama Nallari, Cities4Children.

One example of impactful tactical urbanism is Park (ing) Day, where street space has been reclaimed temporarily or permanently for play and recreation. The original concept and event began in San Francisco, with community members protesting the use of public space for parked cars rather than people. As a small measure of collective protest, a parking meter was fed for two hours, a piece of turf rolled out, and bench placed on the area. This space, or ‘parklet’, was then occupied by people. Since then, the citizen-led movement has been embraced across many countries, and in some cities, it has even become a city-driven intervention or program.

The simplicity and creative possibilities of the intervention—and the use of advocacy, publicity, social media, and toolkits—allowed for it to be scaled up into an annual global event, with parklets popping up across hundreds of cities. The initiative resulted in more permanent programs and policy changes in cities like Vancouver, Seattle, London, Los Angeles, and San Francisco.[2] (It has been less successful in Singapore, however,  where the movement has largely resulted in pop-up spaces which appear and disappear once the event is over.) [3]

As the SDGs and the New Urban Agenda push cities, particularly in the global South, to adopt inclusive and sustainable ways to address rapid urbanization, tactical urbanism seems to be gaining traction. However, it is less likely to be ‘activist’ and more driven by local governments and NGOs.[4] Exploring what kind of impacts tactical urbanism interventions can have—and how sustainable they are—is vital.

São Paulo, Jakarta, and Chennai are just a few of many cities across the globe where local and international organizations have partnered with city agencies to reclaim car-dominated streets through safety cones and street markings. These streets are then ear-marked for bike lanes, pedestrians, and social activities. ‘Raahgiri Day’ in India is a weekly street closure movement that spans numerous cities, providing an inclusive space for the elderly, women, and underserved children to use streets for play and social activities; its success has also propelled the launch of several child-focused campaigns, including one by Save the Children India which promotes safety of girls in public spaces.

These are excellent initiatives for reclaiming streets, but such short-term interventions also need to be accompanied by robust monitoring and evaluation with regard to how they impact children and how they connect with long-term plans, programs and policy change.  It is critical to consider how children may be impacted, especially as these efforts expand across neighbourhoods and cities.

Key questions should be raised, for example: do bike lanes and pedestrian lanes separated by safety cones and street markings provide safe mobility for all children in the short-term? Do traffic islands created in the middle of busy streets with no shade really ‘reclaim’ this space for children? Some of the images of streets reclaimed through street markings also show two-wheelers veering dangerously close to pedestrians, which begs the question of how safe these interventions are in the short-term.[5] Additionally, there is concern, for example in India, that these interventions are merely distractions which have little long-term influence on deeply entrenched car-dominated planning, policies, and projects.[6]

In the context of informal settlements, grassroots organizations and NGOs have used small upgrading efforts to leverage city resources for transformative change, such as gaining secure tenure and access to basic services. One such program is the Asian Coalition for Community Action (ACCA) program by the Asian Coalition for Housing Rights, which issued small flexible funds to community groups in informal settlements in over 150 cities across 19 countries, and resulted in over 2000 small upgrading projects. The stipulation for the funds was that they be used (as much as possible) for a physical intervention(s) that benefits the whole community. Like other tactical urbanism interventions, the projects implemented were relatively ‘quick’ ‘flexible’ ‘low-cost’ and ‘inclusive’ and leveraged long-term change.

These included new children’s libraries and community centers, upgraded courtyards and streets, parks and playgrounds — many of which were co-funded by the community and local government. In many cases these projects catalyzed transformative change.[7] These quicker and smaller projects can be quite meaningful for children in informal settlements, where more comprehensive upgrading can take decades. Their impact on children, however, has not been well researched.

The ACCA upgrading projects are community-driven, and have locally-driven solutions which respect culture, built form, functions, and materiality, and engage with local skills and build local capacities. In contrast, the street interventions seem to be replicated across geographies and cultures with little nuance or adaptation.

Tactical urbanism is clearly shown to manifest change. But there’s so much more to be discovered and understood about how these interventions can impact children in cities.

It is vital that we institute more monitoring and evaluation of temporary street interventions and small upgrading projects with regard to children. For street interventions to be embraced locally, they need to arise from needs within a community rather than be driven as a top-down effort.

As far as the street interventions themselves are concerned, there should be more transparency with regard to why the interventions began in the first place, in addition to information about spending, community engagement, and which groups of residents it benefits and in what ways. Tactical urbanism is most successful when flexible funding, like that from the ACCA program, allows local governments to be nimble and adaptable.

This way, local governments an engage with informal settlement dwellers to experiment with policies and practices that can work for these communities.  Additionally, providing resources for documentation and measuring impact is critical to demonstrate the benefits for children and inform long-term change. Using an umbrella term/approach such as ‘tactical urbanism’ could also help bridge formal and informal practices to understand how to work together in the future.

Anupama Nallari is an independent research consultant who works at the intersections of child well-being and urbanisation, poverty, early childhood settings and public space. Contact him at Anupama.nallari@gmail.com

First published by Cities4Children and republished under the Creative Commons License.

[5] See picture on pg 18 of this Tactical Urbanism Guidebook https://greenmobility-library.org/public/uploads/resource_attachments/TrainingMaterial_A_Tactical_Urbanism_Guidebook.pdf