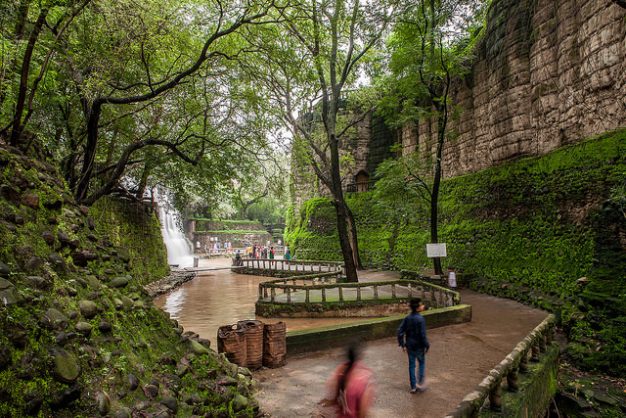 Urban planning ‘may affect a child’s cognitive and motor development’

A new study from the Barcelona Institute for Global Health (ISGlobal) has provided further scientific evidence of the health benefits of well-designed urban planning. It suggests the built environment, green space and air pollution can affect cognitive and motor function in children.

The urban environment can, according to numerous studies cited by ISGlobal, influence neurodevelopment from conception onwards, for example through exposure to air pollution. However, previous research has not evaluated the impact of multiple exposure groups simultaneously using an early-life exposome approach.

Led by ISGlobal, a team from the European HELIX project, analysed the impact of 13 urban exposures on the cognitive and motor function of nearly 5,500 children in seven city areas in Europe – Bradford, United Kingdom; Nancy and Poitiers, France; Gipuzkoa, Sabadell and Valencia, Spain; and Heraklion, Greece – using data from the birth cohorts Born in Bradford, EDEN, the INMA Environment and Childhood Project, and RHEA, respectively.

‘More studies are needed to interpret the results’

“To our knowledge, this is the first study to show the negative impact of some factors of the built environment on children’s verbal abilities,” said ISGlobal researcher AnneClaire Binter, lead author of the study. “In previous studies, the land use diversity has been associated with positive health effects, so more studies are needed to interpret these results,” she adds.

As for air pollution, in line with previous research, greater exposure to fine particulate matter during pregnancy was associated with lower scores on tests of fine motor function. “During pregnancy, the placenta and the blood-brain barrier, which protects the brain and spinal cord, are still immature defence systems and provide only partial protection to the foetus against environmental pollutants,” explained Binter.

The study also confirmed the mediating effect of air pollution on the association between green space and verbal skills. In other words, “natural environments could have a beneficial effect on cognitive development by reducing the harmful effects of air pollution,” explained study coordinator Mònica Guxens, director of the INMA Project.

“Beyond urban green space -the health benefits of which have already been demonstrated by previous research – our findings suggest that other urban characteristics should be considered when studying environmental exposures that may affect children’s cognitive function,” noted Guxens. “The health of the population – especially the most vulnerable groups, such as children—should form the basis of urban planning,” she concluded.