It is one of 15 city finalists in the Guangzhou International Urban Innovation Award, which recognises progressive thinking in social, economic and environmental issues.

The Children and Youth Strategy for Vienna is the result of a consultation process – Werkstadt Junges Wien (Work City Young Vienna) – which asked more than 22,000 young residents in Austria’s capital to give their honest views on how the city is set up for young people.

In early 2019 the city began working with educators, youth workers, teachers, social workers and volunteers to organise around 1,300 workshops aimed at anyone aged 4-19, from all backgrounds.

The aim was find out, from their perspective, what works and what doesn’t work in Vienna, what are the city’s most pressing issues and in what kind of Vienna do you want to live?

The focus was narrowed down to nine key topics:

These were then discussed with over 200 children and young people at a conference in the city held as part of the United Nations Convention on the Rights of the Child. Nearly 200 specific measures and actions have now been taken across the city, addressing some of the key issues that were raised.

A total of 272 initiatives from 175 cities and local governments in 60 countries and region were originally submitted for the award. Other finalists competing alongside are projects centred on topics including mobility, the environment, workers’ rights and health, but Vienna is the only one solely focused on children’s rights within a particular city. Werkstadt Junges Wien says that its goal is to make Vienna ‘the most child-and youth-friendly city in the world’, reflecting how, over the past half a century, it has shifted from a ‘shrinking and ageing city to a young and growing one’.

‘Freely articulate their ideas for the city’

Organisers of the Guangzhou Award say that Vienna’s child and youth project was shortlisted because it was an example of ‘the commitment to ensure that all citizens have access to equal opportunities and face no discrimination’.

They highlighted, in particular, how at first Vienna wanted children and young think about their city but, in the end, the city ‘was now thinking about children and young people’. This, they said, showed ‘an entirely new awareness that goes beyond the conventional ideas of democracy’.

“The objective is to put social inclusion of all children and young people living and growing up in Vienna at the heart of policy-making and city administration,” they added.

“The innovative process enables children and young people of all age groups and backgrounds to connect to a process where they can freely articulate their ideas for the city.”

The award event is being held as part of the 2021 Global Mayor’s Forum (from 8-10 November) and you can follow it online here. 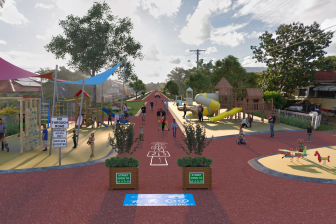 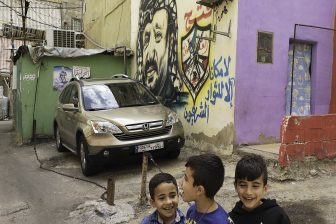