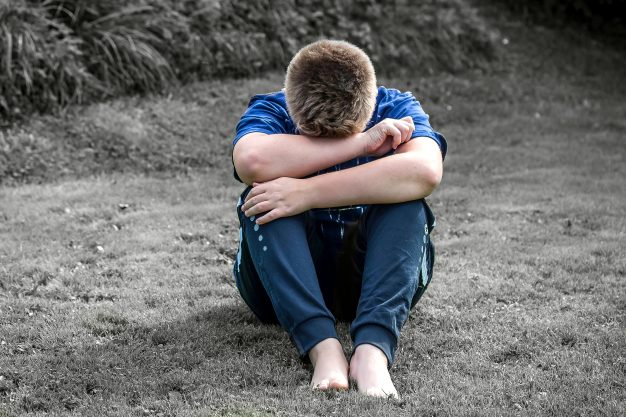 The majority of thousands of child victims of modern-day slavery in the UK are not getting the support they need, while many more are being lost in the system, says a crisis charity.

A report by Hestia, which supports some 1.200 dependent children of victims who are now adults, says that youngsters who were with their parents when they were exploited or born as a result of circumstances, are not being properly recognised and as a result experiencing severe trauma.

Children who are forced into the world of modern slavery can be victims of things like sexual exploitation, forced labour, human traffiking and child marriage. The charity estimates that some 5,000 children are being affected, but also warns that the real figure could be much higher. Its Forgotten Children report examines the experiences of mothers and children supported by Hestia, and it reveals that the traumas suffered by a mother can have a deep and long-lasting impact on a child’s life. This can affect the child’s development and mental health.

Hestia operates across the London boroughs and surrounding regions, providing vital help such as outreach services, and it is urging the UK government to amend the Modern Slavery Act 2015. Doing so, it says, will enable children of modern slavery victims to be recognised as victims in their own right. It also wants a new system of Children and Family Advocates to focus on the needs of the child.

‘We are failing survivors and their children’

As well as recognising children as victims in law, Hestia is calling for training for health professionals, teachers and social workers, to improve their understanding of how modern slavery can impact a mother and child.

Patrick Ryan, Chief Executive at Hestia, said: “Rebuilding a life after the trauma of modern slavery is a long and difficult journey. The risk of intergenerational transmission of this trauma is great. What is clear from our research is that we are failing survivors and their children. They are being overlooked, misunderstood, and forgotten. Too often, the support put in place to help families does not understand their needs, making their recovery journeys harder and longer.

“The powerful and sustaining hope we hear from mothers who have survived modern slavery is that they want a better life for their children. We must not let them down.  All women and their children impacted by modern slavery need and deserve protection, understanding and support. Only then can they begin to rebuild their lives.”

‘We must not let them down’

Dame Sara Thornton, Independent Anti-Slavery Commissioner, said:  “Hestia’s important report considers the experiences of mothers who are victims of modern slavery and human trafficking, and also examines the experiences of their children. It clearly highlights that even in cases where a child has not been directly exploited themselves, the impact of a mother’s experience on their development and mental health can be significant.

“This cohort of children is also extremely vulnerable to further harm and I support the calls made by this research to ensure that professionals working with individuals and their families understand these risks. It is vital that the children of modern slavery victims and survivors can access the support that is required to meet their needs through each stage of childhood, and I welcome Hestia’s focus on this issue.”