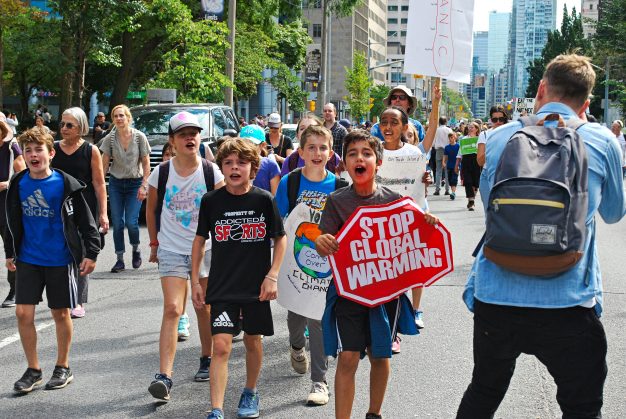 The betrayal of our young

COP26 is a chance to listen to our young people on climate change, but given recent trends, it may just mean empty words, according to one father and daughter.

The 26th United Nations Climate Change Conference – or COP26 – presents us with a unique opportunity to turn and listen to our young people. At present, with global emissions projected to increase by 16 per cent by 2030, failure to adequately address climate change looks very likely.

And this means our young people will have to resolve the very real problems of climate change themselves or suffer the consequences of failure from inaction or political ineptitude.

During COP26, Friday November 5th is scheduled as Youth and Public Empowerment Day. Now, empowerment is a wonderful thing but is not how our young people currently experience the climate debate. This glib focus on empowerment seems like empty words when faced with the wide gulf between the rhetoric and the reality in Australia.

Climate anxiety is real, widely felt and experienced as an additional layer of confusion, betrayal and abandonment as a direct result of the prevailing apathy and inaction of our older generations toward climate change. The largest and most recent international study on climate anxiety in young people identifies that huge numbers are feeling this way.

Professor Sarath Ranganathan, with his daughter Maya, are concerned young people aren’t being heard ahead of COP26. Picture: Supplied

Two-thirds of Australian children and young people surveyed say that the government is failing young people and lying about the impacts of their actions. And a strong sense of betrayal is growing in the young.

Similar feelings of betrayal and abandonment are also reported by young people in relation to the management of the COVID-19 pandemic where political leaders and public health messaging offers extreme and often conflicting messages. Children and young people are significantly less impacted directly by infection with SARS-CoV-2 but their schools are closed, their education and social lives curtailed, while overseas travel is impossible. Bear in mind, all of this is happening during their formative years.

In many cases, the public health measures and even vaccination policies targeting the young have the purpose of protecting the seniors in our society. Simultaneously, a self-centred refusal among older people to get vaccinated with the AstraZeneca vaccine has left many young people feeling resentful towards an older generation that refused to take their own public health seriously.

Young people’s response to the current changes imposed on them should be recognised but frequently the actions of young people under duress are instead subjected to criticism. The modelling and policies that aim to map us out of restrictions have rarely included, involved or even consulted young people. While health messages have only recently directly targeted the younger generation.

In addition, easing restrictions to finally give fully vaccinated people some additional freedoms can end up being frustrating for young people who have not yet been able to be vaccinated as they’re a fair way down the vaccine priority list. As a society, Australia desperately needs the goodwill and continued altruism of its young people.

An ageing, inverted population pyramid, with a falling birth rate, means we’re relying on our young to be productive and caring. As our society opens up post-COVID, as well as celebrating the contribution, resilience and sacrifices made by young people throughout the pandemic, we must also pay attention to the other inequities that continue to affect them.

Housing remains concentrated in the hands of ‘boomers’, while profiteering policies like negative-gearing benefit the rich, usually senior citizens, and then there are gig economies –that can essentially enslave the young in poorly paid and insecure labour. Substandard public education and the diminishing social mobility that results also contributes to vast proportions of our population being prevented from realising their full potential.

The young have witnessed the seemingly magical manifestation of Federal government funds to prevent banks from failing, the contribution to the profits of Australian corporations via Jobkeeper and the funding of nuclear submarines.

These are all policies that ensure that young people are disengaged, betrayed or disempowered. And this brings us back to climate change. The consequence of failure here is further disillusionment of young people at a time when their engagement is most essential.

The Youth and Public Empowerment day at COP26 provides a wonderful opportunity to reverse trends that have been exacerbated by the pandemic. It’s a chance to finally begin to respect and empower young people, not just in our response to climate change, but in improving governance in general and dismantling the generational inequities that undermine their trust.

This article was first published on Pursuit at the University of Melbourne. Read the original article.