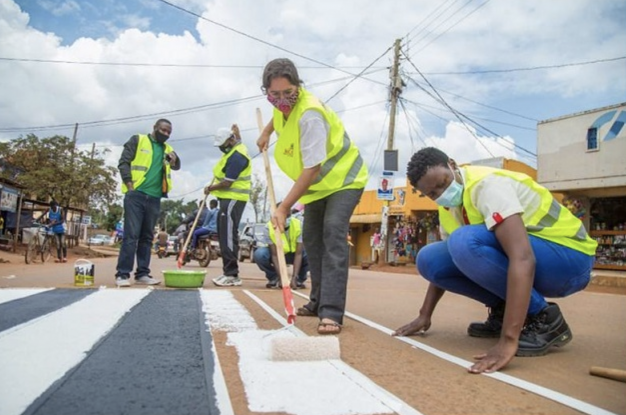 Children in mind as African cities take on road safety

Published on 08-10-2021 at 09:28
Recent progress in Addis Ababa, Accra, Kampala and Kumasi shows growing momentum in Africa for improvements to road safety laws and enforcement, and policies to promote safer walking and cycling. Photo by Zahara Milele/WRI

While road safety is a critical issue across the globe as more cars hit the road and more people move to cities, African cities are disproportionately affected. Africa is the least motorized region globally, yet has the highest road traffic fatality rates.

Some 650 people die on Africa’s roads every day, and 39 per cent of fatalities are among pedestrians and other vulnerable road users. The numbers are especially bad for young people; a child in Africa is twice as likely to die on the road than a child in any other part of the world.

A key risk factor is speeding, particularly for pedestrians. Pedestrians have been shown to have a 90 per cent chance of survival when struck by a car traveling at 30 kilometers per hour (19 miles per hour) or below, but less than 50 per cent chance of surviving an impact at 45 kph. But many African cities and countries do not have strong legislation around speeding.

Where there are speed limits, they are high, typically between 50-60 kph in cities, and frequently exceeded due to low levels of enforcement and a lack of speed management infrastructure. Furthermore, a strong focus on expanding infrastructure for motor vehicles has left pedestrians and cyclists ignored in the planning, design and operation of roads, say Celal Tolga Imamoglu, Iman Abubaker, Emmerentian Mbabazi, Nii Darko Darko, Anna Oursler and Jiregna Hirpa, of the World Resources Institute.

Nevertheless, there have been small wins for road safety across the continent. Since 2015, through the Bloomberg Philanthropies Initiative for Global Road Safety, WRI has been working with city governments in Addis Ababa and Accra, and more recently in Kampala and Kumasi, to develop comprehensive speed management plans to reduce speeds through evidence-based policy improvements, safer street design, better enforcement and public awareness campaigns.

‘The numbers are especially bad for young people’

This work has taken on increased urgency amid the second Decade of Action for Road Safety, launched in May 2021 at the 6th UN Global Road Safety Week. The second Decade of Action is a recognition of road safety’s role in sustainable development and emphasizes the importance of a holistic approach to road safety that includes improvements on laws and enforcement, as well as policies to promote safer walking and cycling. Recent progress in Addis Ababa, Accra, Kampala and Kumasi shows growing momentum for furthering these goals. Below are highlights of the actions taken by these cities and the ongoing work to improve road safety in Africa.

The Kampala strategy’s objective is in line with a key target of the Sustainable Development Goals to halve the number of deaths and injuries from road traffic crashes, proposing a reliance on robust evidence to identify and plan interventions to reduce crashes and make the city’s roads safer for all users.

WRI continues to support the Kampala Capital City Authority (KCCA) with the development of the first implementation plan for the strategy, including supporting the implementation of pedestrian and cycling infrastructure, such as improvements on the pilot 2-km non-motorized corridor in the heart of downtown Kampala, and providing guidance to KCCA as they lobby the Ministry of Works and Transport to enact regulation designating school zones and reducing the speed limit in designated areas from 50 kph to 30 kph. 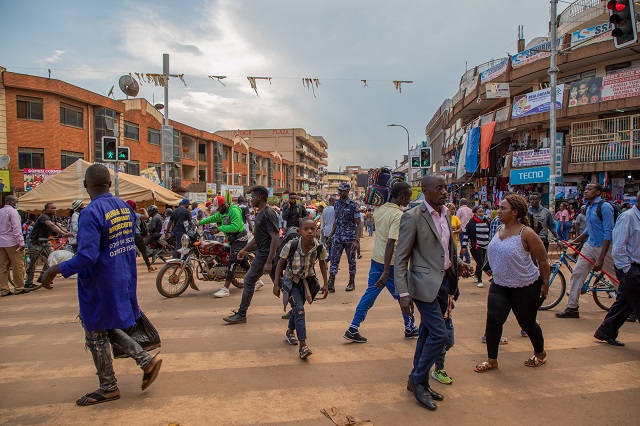 Strengthening political will for road safety action in Ghana

WRI has worked with government agencies and officials to foster an understanding of the need for and commitment to road safety improvements, helping to build the political will that is essential to achieving safer streets. For example, the Accra Metropolitan Assembly in 2019 launched a speed management plan with the support of Bloomberg Philanthropies as program partners. Since then, the city has implemented a wide range of interventions, including design improvements at a previously unsafe intersection and other crash-prone areas, and 30-kph speed limits in school zones in selected areas. Mohammed Adjei Sowah, city mayor until September 2021, was vocal about the need for low-speed streets, making it clear that 30 kph is safer and healthier for all road users especially pedestrians, cyclists, children, older people and people with disabilities.

In Kumasi, a city of 3.4 million, a speed infrastructure inventory and preliminary infrastructure assessment carried out by WRI with the city on eight corridors showed that more than 80 per cent of vehicles on three of the corridors exceeded speed limits. One of the areas highlighted is the Abrepo Junction to Prempeh College corridor, home to a major school and hospital. The assessment proposes improvements in pedestrian infrastructure and other speed reduction interventions to reduce the risk of road crashes for pedestrians in the area.

Pedestrians at Abrepo Junction in Kumasi, one of the areas highlighted for improvements to pedestrian infrastructure. Photo by Nii Darko Darko/WRI

Ensuring safety of children and youth in Ethiopia

Almost 60 per cent of Africa’s population is under 25 years old, so prioritizing the safety of young people is crucial. Addis Ababa has embraced the Safe System approach and prioritized pedestrians and safer speeds, receiving the Vision Zero for Youth Award in 2021 for its efforts. The city is developing a comprehensive speed management plan; setting speed limits on shared streets and special zones, like schools, to 30 kph and on arterial roads to 50 kph; and implementing citywide speed reduction measures in crash-prone areas.

WRI has supported the city’s car-free day initiative, Menged Le Sewe, which aims to promote walking, cycling and public transport. WRI has also developed a toolkit together with the Traffic Management Agency that will guide neighborhoods in the management, scaling and coordination of Menged Le Sewe activities​ and is also supporting the design of 30 pedestrian crossings for roads in Addis Ababa. 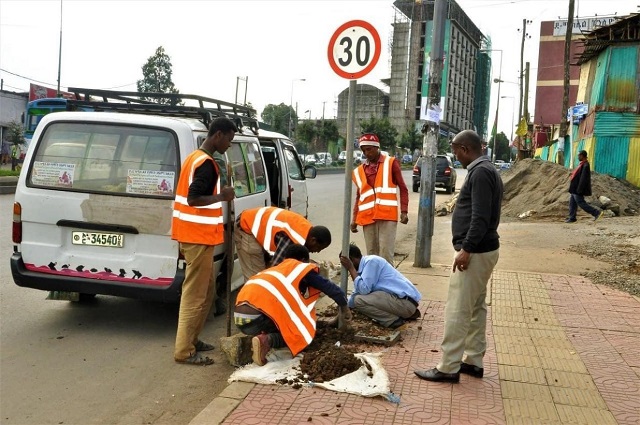 The Global Plan for the Decade of Action for Road Safety 2021-2030 will be launched in October 2021, in an effort to generate political will to achieve the targets of the Decade of Action and the Sustainable Development Goals, as well as to encourage governments to integrate activities proposed in the Global Plan into their national road safety strategies. WRI will continue to monitor public opinion and policy discussions on issues of speed management as well as support technical implementation leading up to the launch of the Global Plan, aiming to support cities to make their case to transport regulatory authorities to enact lower speed limits where needed.

Emmerentian Mbabazi is Project Specialist for Cities at WRI Africa, based in Kampala.

Nii Darko Darko is Research Analyst II for Cities at WRI Africa, based in Accra.

Jiregna Hirpa is Transport Planner at WRI Africa, based in Addis Ababa.

This article was first published at TheCityFix, part of the World Resources Institute for Sustainable Cities. It is republished here under the Creative Commons License.