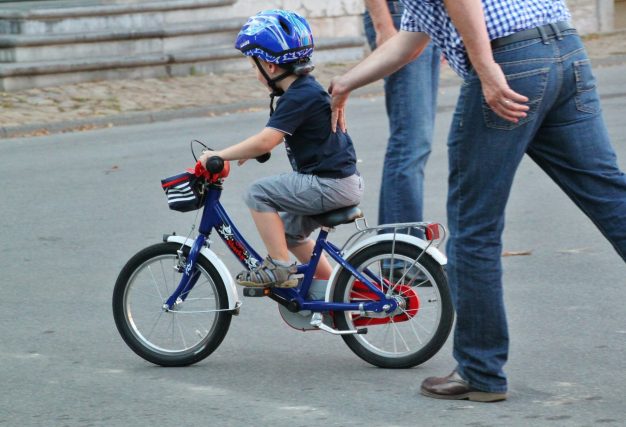 ‘Too dangerous and unhealthy to cycle to school’, say UK’s kids

The UK’s leading cycle charity says that only a tiny amount of children regularly go to school on their bike – but so would many more if it was safer and healthier.

Sustrans, which campaigns to make it easier for people to cycle and walk, says that barely two per cent of youngsters cycle to school, with many citing air pollution around their school as a major deterrent.

The charity commissioned a UK-wide survey of 1,305 children aged from 6-15 fo discover more about how they get to and from school, and the challenges they face. While a tiny number said they cycled, around 14 per cent said it was something they would like to do.

Nearly a third of respondents said they were worried – even ‘sad’ – about how vehicles were making up the majority of greenhouse gases being emitted in the UK, with private cars the biggest culprit.

Nearly half (49 per cent) said they were worried about pollution around schools, while 40 per cent said they believed the best way to bring down these pollution levels was for more young people to walk, cycle or scoot to school.

The survey, which was carried out by YouGov, was published as part of Bike to School Week, and Sustrans, working alongside the Bikeability Trust has called on local authorities to make walking, cycling and scooting a more attractive option for children and their families.

Xavier Brice, Chief Executive of Sustrans, said: “We must make it easier, safer and more enjoyable for children to walk, cycle or scoot to school. Not only does it improve their health and wellbeing, but it also helps them build connections with others and fosters a sense of community. This will reduce air pollution and carbon emissions, further benefitting children’s health and the environment in which they live.”

In September 2020 the Government announced a new programme aimed at getting more pupils/students and their families physically active in time for Bike to School Week. Cycle repair workshops were set up in primary schools and local neighbourhoods to make sure that kids’ bikes are fit for the road. ‘Doctor Bike’ clinics have also been set up across the country, targeting areas where children, including those with disabilities, are more likely to need support in getting their bikes roadworthy. Click here for statistics on trips to and from school per child per year.

One measure which local authorities can implement is School Streets, where streets outside schools are open to people walking, cycling and scooting and closed to motor traffic at drop off and pick up times. This can encourage more children to get active on the journey to and from school.

Xavier Brice added: “It is a sad fact that so many children find their daily journey to school unpleasant because of congestion and air pollution. It’s therefore vital that we make our streets accessible to all and pleasant to be in, working together to stop the public spaces around our schools being dominated by vehicles.”