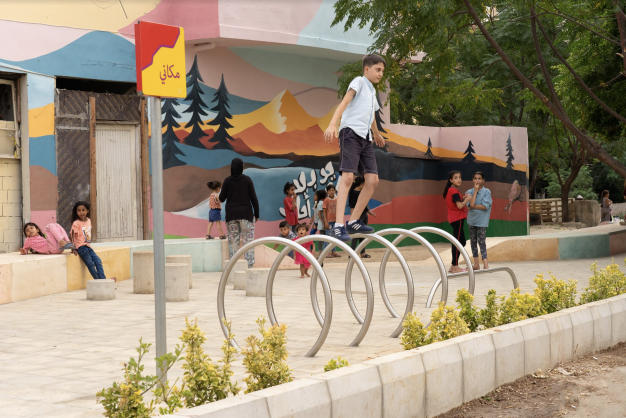 A Beirut neighbourhood crying out for safer and accessible public spaces has been turned into a child-friendly area through an initiative by local residents and charities.

This example of partnership working has ensured that an unused and neglected area of public land in Karantina has been transformed into a space that can potentially be used by all of its residents.

Created using methods of co-design with children and neighbourhood residents, the space reflects the area’s needs and desires, and involves charities led by the non-profit CatalyticAction, with input from UNICEF Lebanon and Terre Des Hommes Italy, plus the RELIEF Centre, American University of Beirut and Municipality of Beirut.

Residents have named this new public space ‘Makani’, an Arabic word meaning ‘my place’ in English. The name reflects how it was designed with all community residents in Karantina – girls, boys, refugees, Lebanese, toddlers, caregivers, the elderly – who should all feel a sense of ownership towards the space. The people wanted a space with greenery, colour, suitable seating areas in the shade, lighting to keep women safe, and somewhere that could be used safely by all age groups – especially children.

‘Work has ensured its accessibility for all’

And the design directly reflects what residents wanted to see from their public space. CatalyticAction, which is based in the UK but does a lot of its work in the Middle East, implemented a long, wide and colourful bench that cuts across the space and can be used for seating, changing diapers, running along, sliding down, cycling on and even jumping off. 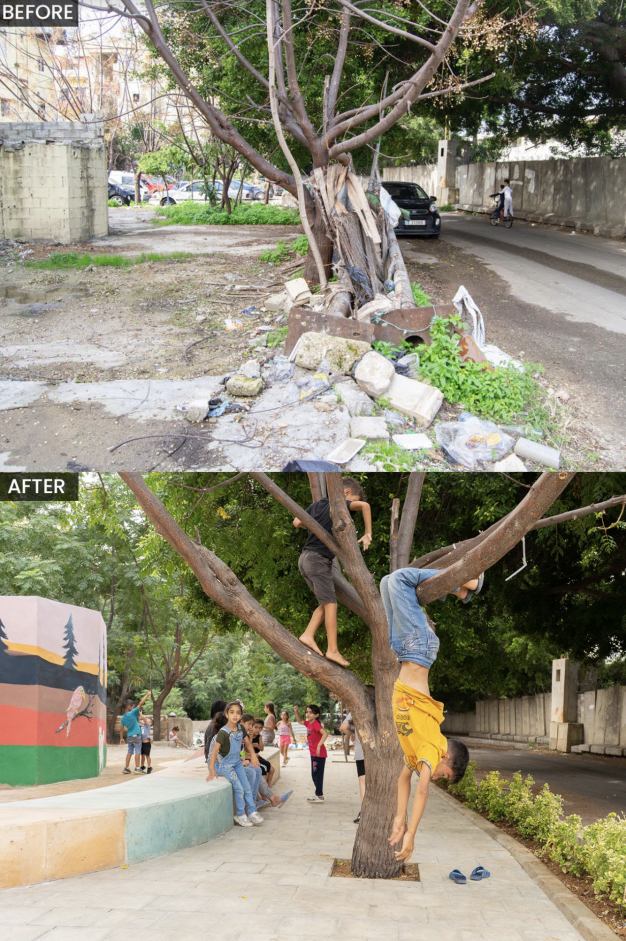 Many of the design features within the public space, says the charity, follow this pattern and are deliberately flexible to encourage people to use the space in the way they want and need. By incorporating ramps into the space, the work has also ensured its accessibility for all.

CatalyticAction says that key to all of its work on the project was ensuring the engagement of the community. The materials for the space were sourced locally and the space itself was built by workers in the area. This both encourages a sense of ownership and investment in the space, and ensures its longevity as skilled workers know exactly how to fix anything if it breaks.

Joana Dabaj, Principal Coordinator: “Unlike other public spaces in the city, Makani can be accessed at any time by everybody in the neighbourhood. It was designed with the input of residents  from Karantina to ensure it accurately reflected the area’s needs.”

The charity added: “The development of this child-friendly space was steered by citizen scientists – locally trained researchers – who conducted research to find the initial site, find out what Karantina’s residents needed from the space and observed how this could best be achieved.

“When the public space was finally built, CatalyticAction, along with other community partners including Zayraqoun art collective, the Lebanese Skateboarding association and local artist Ghiath Al-Robih, activated the space with a series of events and workshops for the community residents to get involved in.”

Click here for more information about CatalyticAction’s neighbourhood renewal work in Beirut and beyond.