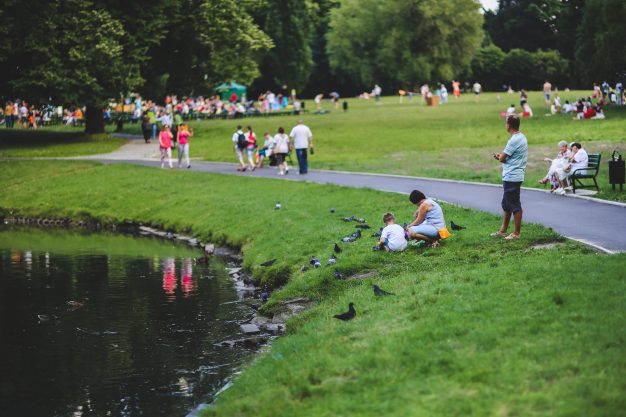 Green spaces can provide enormous benefits to children and should be easily accessible to all youngsters living in cities, says UNICEF.

The children’s charity outlines, in a detailed new report, the many virtues of green areas on children’s health and development, along with ideas for how communities and local authorities can work to ensure every child has a green areas within walking distance.

But for these benefits to be realised, says the charity, all stakeholders must make it a priority to preserve these spaces within ‘our rapidly growing cities’, adding: “We must act.”

Intended as a discussion paper, The Necessity of Urban Green Space for Children’s Optimal Development, includes what UNICEF describes as ‘compelling evidence’  on the significant benefit of green spaces, and recommends a series of interventions that are focused on empowering communities ‘claim and maintain’ these local areas.

It also puts forward ways for securing government investment, and ensuring schools and child care centres are given priority for developing ‘greening’ projects.

Children, it says, who grow up in greener neighbourhoods are ‘often less depressed, less stressed and generally happier and healthier’, while greener views and surroundings and time spent in green surroundings offer ‘numerous mental, physical and social developmental benefits, and spur their growth into ecologically aware and responsible citizens’.

The paper says that although most research has been done in high-income countries, there is ‘sufficient evidence’ to assume that all children need green space for their ‘optimal development’. In terms of physical benefits for example, UNICEF says there are many other studies that have measured physiological changes such as reduced levels of stress hormones and blood pressure in children ‘consequent to green space interventions’. These reactions are ‘likely to be consistent for children from any part of the world’, it adds.

UNICEF also sets out a series of targeted actions which both local authorities and national governments should look to take to help deliver these ‘green goals’. They are:

UNICEF’s Child Friendly Cities initiative is now operating in over 40 countries worldwide, yet in its conclusion to the report, it makes the point that ‘green space that is accessible and safe for children’s play can be rare, especially in the cities of the developing world’.

‘Safe and accessible green space can be rare’

“Yet the scientifically proven advantages to children’s physical, mental and social development, provided by such spaces, are real and multifold,” it adds.

“Local communities and institutions as well as municipal and national governments are called on to recognise green spaces as valuable assets in their cities and to ensure their preservation, improvement, creation and maintenance.”