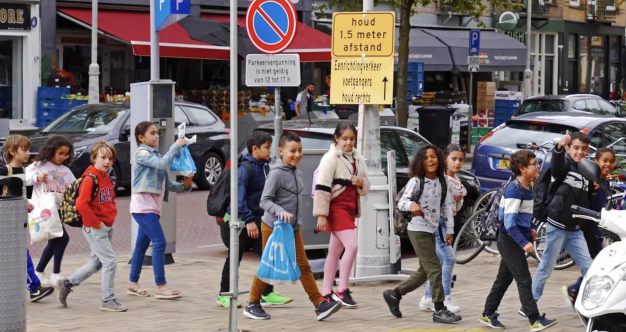 Generation Alpha – or the young generation – is inheriting pressing global challenges that will decide the future of cities.

Sustainability is top of young people’s agenda regarding urban development, and, in one striking example, Amsterdam is creating tailor-made programmes to involve youth early in urban decision-making.

Much has been written on how millennials changed the urban landscape by making cities healthier, smarter and more livable. But how will Generation Alpha, the tech-savvy children of millennials, shape urban dynamics? write Jemi Laclé and Zarah-Sophia van Heesen.

Alpha is the first letter of the Greek alphabet and symbolizes a fresh new beginning. Nevertheless, the young generation will not be able to build a utopian city from scratch. On the contrary, it is inheriting many pressing global challenges – from rapid population growth, expanding cities, global environmental degradation and, more recently, the pandemic.

While Alphas are literally and figuratively still in their infancy, in Amsterdam these rising citizens are already redesigning the future of the city by putting sustainability on top of their agenda and giving a helping hand in building a more inclusive, resilient and ecologically minded city.

Alpha city made of dreams

People often forget that cities are not only constructed of buildings, steel and concrete, but in the first instance by dreams, ideas and actions from citizens. Cities are vibrant places where people live, work and play, and they function as hubs for innovation, heritage, culture and economic growth. Citizens transform and impact the physical appearance and social and economic composition of the urban landscape. In return, cities shape how urbanites evolve in their experiences, beliefs and behaviors, and pave the path of the individual and collective society – in particular the next generation.

In the Netherlands, there are 4.9 million young people aged between 0-25 years, of which 234,000 reside in Amsterdam. Worldwide, more than 1 billion children live in urban settings and by 2030, 60% of all urbanites will be aged under 18. This means that children will be a growing group, and also play a bigger role in citizen engagement in the years to come.

The power of curiosity

Children are curious creatures and never-endingly ask questions in order to understand the world around them better. Just like all city dwellers, they have rights, opinions and needs – they want safe streets; protected sidewalks, access to green and public spaces, a healthy environment and safety and security. While the voice and power of youth are often disregarded, the city of Amsterdam believes that the only way in achieving social, economic and environmental balance is by involving all city dwellers, including youth, to collaborate and co-create their ideal city.

The Netherlands takes the inquisitiveness of children seriously and is addressing real-life questions raised by children through college classes provided by the Museum Youth University. This educational programme, facilitated by various Dutch museums, think tanks and academia, engages children in problem-solving activities, promotes creative thinking and cultivates change agents. By providing knowledge and giving a voice to young citizens, cities establish critical, participatory and resilient next generations in an engaging and playful setting.

Play in the city

If you ask a child anywhere in the world what their favorite activity is, the chances are high that they will tell you that playing is by far the most important component of their daily dose of happiness. Playing is crucial for development of a city and provides knowledge, inspiration and concrete tools that stimulate cognitive and social childhood development. Child-friendly public and green spaces improve social cohesion, livability, liveliness and safety of public space and the urban realm.

Amsterdam counts over 1,300 playgrounds and playable spaces, and is one of the greenest cities in Europe. In recent years, green spaces have played a significant role in shaping the future of the city and have gained diverse other functions. In Amsterdam, urban agriculture is booming. Every year, more than 7,000 elementary school students participate in sustainable community garden and farming programmes. The courses acquaint young people with nutritional knowledge, bring more awareness, understanding and respect for the natural environment, and provide hands-on experience of planting, growing and harvesting of vegetables, fruits and herbs.

The age-old question, “What do you want to be when you grow up?” always draws fascinating answers. The dreams and aspirations show how children view the adult world around them and also provide some clues to tomorrow’s perspectives. Generation Alpha will be the most formally educated generation, the most technology-supplied generation, and globally the wealthiest generation ever. Despite all this, the majority of urban Alphas already identify that saving the planet will be the central mission of their careers.

In April 2020, Amsterdam launched the Amsterdam City Doughnut, a vision for “a thriving, regenerative and inclusive city for all citizens, while respecting the planetary boundaries”. Elementary schools in Amsterdam have taken a leading role in anchoring the circular economy principles in the “Circular & Education” manifesto. The education system is crucial for developing knowledge, skills, values, behavior and mindset change, and empowering the next generation to instigate appropriate actions to adopt a more sustainable lifestyle for a healthier, fairer, more inclusive society and to future-proofing a circular city.

While Amsterdam’s Alphas are still in their baby footsteps of shaping the world, their little hands and big creative minds are already painting a vision for their ideal city. There is a Dutch saying: “What is learned at a young age is applied when old.” How countries, cities and communities choose to raise, engage and actively involve their youth will determine the outcome of our shared future. Only by involving youth can we reimagine and redesign our cities, countries and world of today through the prism of tomorrow.

Originally published by the World Economic Forum, and republished here in accordance with the Creative Commons Attribution-NonCommercial-NoDerivatives 4.0 International Public License, 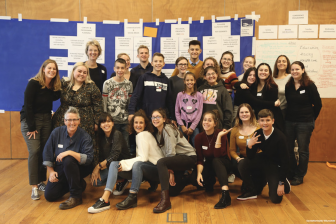 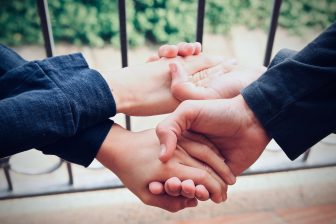 Global project to help youngsters support each another during emergencies