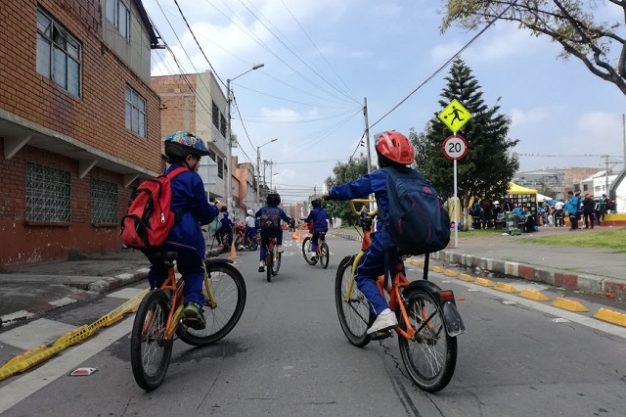 UN Global Road Safety Week – give the streets back to people

“What human invention has caused more deaths than World War I or the Spanish flu, both among the worst killers of all time? It’s the modern road transport system. Since the automobile came into being at the end of the 19th Century, more than 50 million people have died on the world’s roads.

“The first among these fatalities is said to be Mary Driscoll, a pedestrian struck by a car in London in 1896. At the time, the coroner is reported to have said “this should never happen again”. Sadly, road traffic crashes are now a routine occurrence, with a staggering 3700 fatalities each day; that’s one death every 24 seconds. Many of those killed are children and adolescents. In fact, there is no greater threat to the lives of young people than a road traffic crash.

“This is too high a price to pay for our mobility. How did we reach this point?”

These are the stark words of Etienne Krug, Director of the World Health Organisation’s (WHO) Department of Social Determinants, who believes it is high time for policy-makers across the globe to ‘give back the streets’ to pedestrians and cyclists, and make them a safer place for people – not least the world’s children – to be.

Many of those killed are children or adolescents

This week – 17-23 May – is the 6th United Nations Global Road Safety Week, and in a special article for WHO, Krug continues:

“More than a century ago, in an effort to modernise transport, societies around the world began to invest heavily in motorised transport, particularly private motor vehicles. To meet growing demand, motor vehicle manufacturers set about producing cars on a massive scale, designing ways to make them travel faster, and provoking the reconfiguration of cities to accommodate their use. While there are clear benefits ranging from comfortable and convenient transport to work, school or holidays; more timely access to emergency services; and huge growth in the transport of goods, the downsides are numerous.

“Among those are an unacceptable toll of lives lost due to road traffic injuries; a shift away from active transport modes like walking and cycling with the resulting declines in physical activity and commensurate loss of benefits to people’s health and well-being; increases in traffic congestion along with air and noise pollution; and a failure on the part of many countries to adequately invest in public transport. Today, city streets belong to private motor vehicles.

“As we embark on building back better from the COVID-19 pandemic, the time has come to return urban streets to people. Instrumental to this is limiting speeds to a maximum of 30 km/h (20 mph) on streets where pedestrians, cyclists and others who are most vulnerable mix with traffic. Such low-speed streets are the foundation on which to build safe, healthy, green and liveable cities, cities for people.

When people live in vibrant, inspirational cities to which they feel connected, sustainable development is possible. By prioritising the most vulnerable – including children, older people, people with disabilities and people from low-income communities who are at greater risk of road traffic injury and health-harming pollution – low-speed streets also respond to the important concern of equity, creating greater opportunities to access services, commerce and recreation.

“Thirty km/h speed limits and zones in cities such as Graz, Austria; London, UK; New York, USA; and Toronto, Canada have yielded reductions – often significant – in road traffic crashes, injuries and deaths. Evidence shows that 30 km/h streets not only save lives, but also facilitate walking and cycling and a move towards zero-carbon mobility.

“Today, cognizant of these myriad benefits, 30 km/h (20 mph) speed limits and zones are being replicated in municipalities worldwide. This includes in Brussels, Paris and urban centres across Spain, which from 11 May this year mandated 30 km/h speed limits on dual carriageways across all cities in the country. 30 km/h speed limits are also being put in place around schools and residential neighbourhoods in cities from Bogotá, Colombia to Accra, Ghana and Ho Chi Minh City, Viet Nam.

“In addition to setting and enforcing 30 km/h speed limits in cities, other ways to make cities for people by managing speed include building or modifying roads with features that calm traffic, installing in-vehicle technologies such as intelligent speed assistance, and raising awareness among the public of the danger of speeding. The Global Plan for the new Decade of Action for Road Safety 2021-2030 reflects the intrinsic value of managing speed.

“Many decades ago, the world was at a crossroads: a transport system centred around the private motor vehicle versus one which maintained a share of the road for pedestrians, cyclists and users of public transport. We are again at a crossroads. As we embark on the 6th UN Global Road Safety Week, I call on all policy-makers to work with national and local authorities to reduce urban speed limits to 30 km/h, as a step towards giving streets back to people and ensuring those streets are protective of health and the environment. Low-speed streets – the heart of every community – are streets for life. This is why I #Love30.