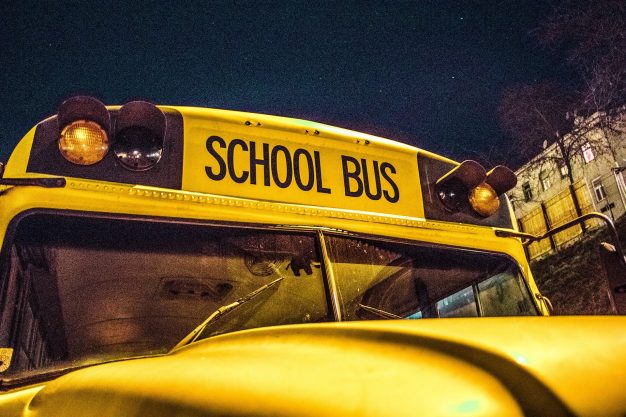 Electrifying the school bus fleet: how to put children first in the zero-emission transition

The past year has been all about protecting ourselves and our children from a serious respiratory illness: COVID-19. But as schools reopen and children return to in-person classrooms, many kids will spend part of every day in a toxic environment that causes harm to young lungs and minds: diesel-powered school buses.

Nearly all of the approximately 480,000 iconic big yellow buses in the United States are exclusively fueled by diesel and produce diesel exhaust, a known carcinogen.

It seems like a no-brainer. So why hasn’t the switch happened already? The answer is money.

Electric buses are cheaper to operate than diesel buses over time, but initial procurement costs can be almost triple that of a diesel bus. Most school districts are strapped for funding, particularly in the wake of the pandemic. They can’t afford electric buses even if the evidence is clear that such an investment would benefit child health, produce good manufacturing jobs and be better for the environment.

Congress can tackle this problem. On April 21, 2021, the Clean Commute for Kids Act was introduced in the House and the Senate. It would provide $25 billion over 10 years to replace diesel school buses with electric, zero-emission buses. The program would be run by the Environmental Protection Agency, with the Department of Energy offering technical support. The legislation would prioritise communities that suffer disproportionately from low air quality, including and as well as low-income communities, Indigenous communities and communities of colour.

This proposal nearly mirrors what President Biden set forth in his recently released American Jobs Plan, which proposes electrifying at least 20 per cent of the yellow school bus fleet through a new Clean Buses for Kids Program at the EPA. That would be an investment of about $20 billion. 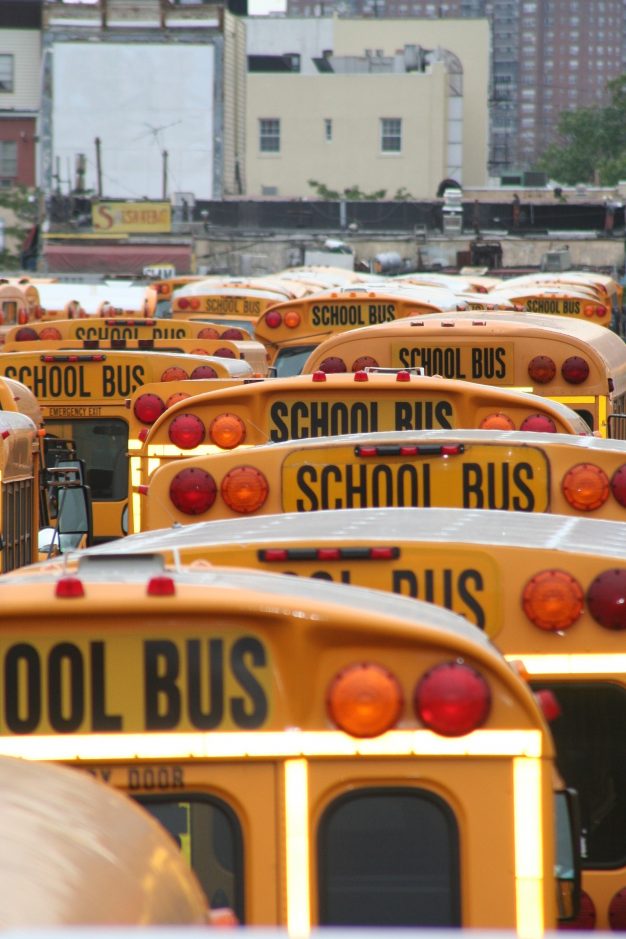 Congress should prioritise funding for the electrification of school buses, as is outlined in Biden’s American Jobs Plan and the Clean Commute for Kids Act, in the next spending package. This is the moment to take action that could improve life for many millions of children and their communities for generations.

1. The youngest people in our country are directly harmed by daily exposure to diesel pollution

Diesel buses spew pollution directly into densely populated neighborhoods, but the most harmful exposure is for students who are inside the bus; pollution inside these kinds of emitting vehicles could be as much as 10 times ambient levels. Exposure to higher levels of air pollution is associated with reduced lung development in children.

The magnitude of the impact on lung function is similar to that of exposure to maternal smoking. Air pollution has been shown to impact academic performance by causing illnesses that result in absences and leading to cognitive impairment. Traffic-related air pollutants have been associated with short-term fluctuations in attention for primary school students.

2. Replacing polluting diesel school buses with clean electric ones will help address racial and economic equalities in the United States

The burden of air pollution is not shared equally. Twenty percent of low-income families don’t own vehicles. The majority of the children from those families take a bus to school. Exposure to air pollution from vehicles in the northeast and mid-Atlantic regions is, on average, 66 per cent greater for communities of colour than white residents. 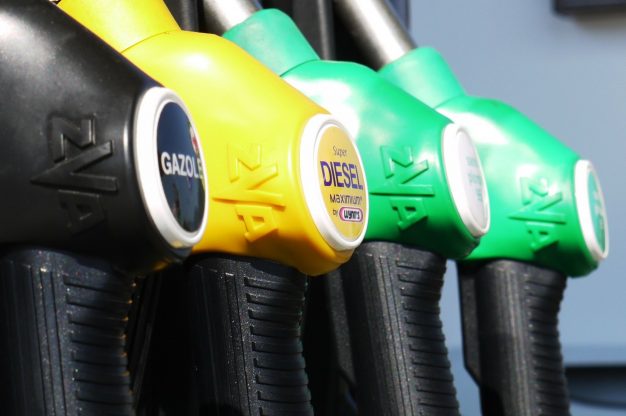 3. Scaling the use of electric buses in the US will create good, domestic manufacturing jobs

Two of the biggest school bus manufacturers are in Georgia (Blue Bird) and North Carolina (Thomas Built). Both would increase their employment numbers if the proposed cash infusion for electric buses happens. Increasing the domestic production of electric school buses could also prompt electric vehicle component suppliers to invest in the U.S. That would boost the competitiveness of the entire auto industry within the growing zero-emission vehicle market. Vice President Kamala Harris recently toured Thomas Built facilities in North Carolina, highlighting electric school buses as an important component of the Biden administration’s American Jobs Plan.

4. Scaling up electric bus manufacturing in the US will make these vehicles more affordable

Less than one per cent of all school buses in the United States are electric, and the districts that use them largely do so through pilot projects that have limited funding. With the type of investment outlined in the Clean Commute for Kids Act, manufacturing costs will fall dramatically, making it more affordable for school districts to buy electric buses. Once those buses are operational, they’ll be cheaper to maintain than diesel buses. After the upfront cost, an electric school bus could save schools about $2,000 in fuel costs and $4,400 in maintenance annually.

Imagine a world in which children grow up riding clean, electric buses to school. They’ll be accustomed to electric vehicles as the norm and expect clean-energy options as they grow up.

Electric school buses aren’t something for which we need to wait. We can deploy them now, if Congress approves the funding outlined in the legislation introduced today.

There should be nothing partisan about protecting children’s health. It’s hard to imagine a worthier cause than to invest in the health of our kids as we build an economy that reflects a future that will benefit us all.

The World Resources Institute (WRI) is a global research organisation that works with governments, businesses, multilateral institutions and civil society groups to develop practical solutions that improve people’s lives and protect nature. This article was originally published on WRI’s Insights.