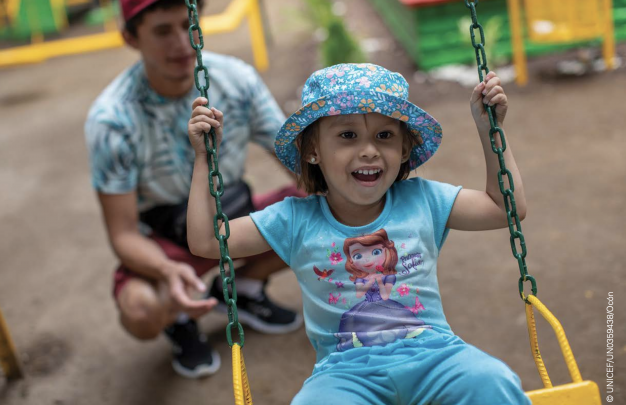 UNICEF: Combatting the wider costs of exclusion for children with disabilities

Unfortunately, says children’s charity UNICEF, there are many children with disabilities who do not, for whatever reason, get this opportunity, but instead face countless barriers which put them on the edges of society, rather than being a key part of it.

It has published a new report, Combatting the Costs of Exclusion for Children with Disabilities and their Families, which outlines the wider cost to society of these exclusions, and makes a ‘strong case for the social and economic benefits of inclusion’. It says early childhood interventions and more inclusive education are key first steps to tackling the problem.

The report highlights how the impact of a disability on a child’s life ‘may not be directly proportional to the severity of the impairment or the functional limitations at a basic activity level’. It uses the example of a child whose visual impairment can be treated with glasses. The child’s ‘functional limitation’ is small and easily accommodated, but if she does not have access to glasses, and subsequently has to drop out of school, the impact on her life can still be substantial. The key factor in determining disability, says UNICEF, is not the underlying medical condition or its extent, but ‘the interaction between the functional limitation and the environment of the child’.

The exclusion of children with disabilities affects not only them, but imposes costs on the whole community

“If these children lack the opportunity to be productive, society loses out on what they could have produced. The barriers faced by people with disabilities can also create more responsibilities for their family members, which can limit their opportunities to work or get an education.”

“Moreover, the impact of exclusion extends beyond the economic cost. If people with disabilities are absent from public discourse, the community cannot benefit from their ideas. If they are excluded from political participation, the government cannot truly represent the interests of all citizens.”

The report concludes: “We must break down the barriers that prevent people with disabilities participating fully in society. In this regard, two particularly important policies for children are early childhood interventions and inclusive education, These approaches can help children with disabilities to reach their potential and enjoy their rights as full and equal members of society.”