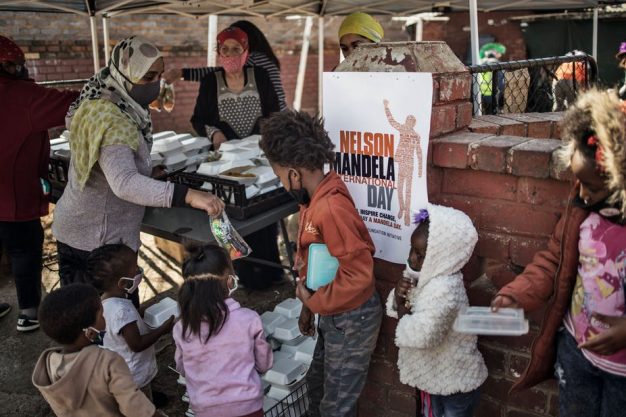 When we think about nurturing healthy children, we need to adopt a life course approach to maternal nutrition. In other words, a woman’s health for the benefit of herself and her child must be prioritised early in life.

At a public health level, good health, mainly through good nutrition, contributes to the economic productivity and development of society by decreasing the costs of ill-health and ensuring a good healthy workforce, write Chantell Witten, University of the Free State and Shane Norris, University of the Witwatersrand.

So how healthy are South Africa’s children?

South Africa is classified as a middle-income country and has high per capita spending on health. Yet the nutritional status of South Africa’s children is deteriorating. While the number of children going hungry has reportedly decreased, access to energy-dense but low micronutrient-dense food is fuelling an increase in child overweight and obesity.

In 2018, 11 per cent of children (2.1 million) lived in households that reported child hunger. More than a quarter (27 per cent) of children in South Africa are stunted – the most common manifestation of malnutrition.

If the country wants to change this, it needs to implement health and nutrition policies in girlhood and in the teen years.

Our paper, written for an annual status report on South Africa’s children produced by the Children’s Institute at the University of Cape Town, argues that a child-centric food systems would reap benefits for society and for future generations. This food system would need to focus on food security and good nutrition. It would require multisectoral changes to the food system as well as the way in which healthcare services work.

The risks and mitigation strategies

The mother’s weight isn’t the only potential risk to a child. When pregnant women experience nutrient deficiencies, it also affects the baby. For example, iron deficiency in pregnancy has negative effects on the development of the foetus’s brain.

Nutrient deficiencies also contribute to the high incidence of noncommunicable diseases in low- and middle-income countries.

The International Federation of Gynaecology and Obstetrics has set out some helpful guidelines for policy makers. These call for:

In addition, we argue that the government needs to adopt a comprehensive package of interventions that extends social assistance to pregnant women to improve their nutrition and mental health, and the health, care and development of their children. For example, the child support grant could start in pregnancy.

This package of interventions could prioritise food and nutrition at every point of contact for a mother and her infant.

South African policy is moving forward along these lines but policies need to be accelerated.

The interventions would be delivered beyond health and would require a multi-sectoral approach to ensure the optimal health and development of children from birth to age two years or older. This would also need to include early child development programmes which have seen a steady increase in utilisation over the past few years.

Healthy growing children are not only a moral and legal obligation but children remain a sustainable investment into a country’s future. To achieve this South Africa can draw lessons from other countries such as Brazil, Rwanda and Bangladesh. All have prioritised child nutrition and have reduced childhood stunting. Healthier children are healthier parents.

These countries have prioritised child nutrition by investing in general public nutrition literacy campaigns and have enforced legislation to protect children from the marketing of unhealthy foods. They have also ensured the scale up and implementation of a proven set of evidenced based interventions like maternity protection, promotion and protection of breastfeeding and the promotion and support for affordable localised diversified diets.