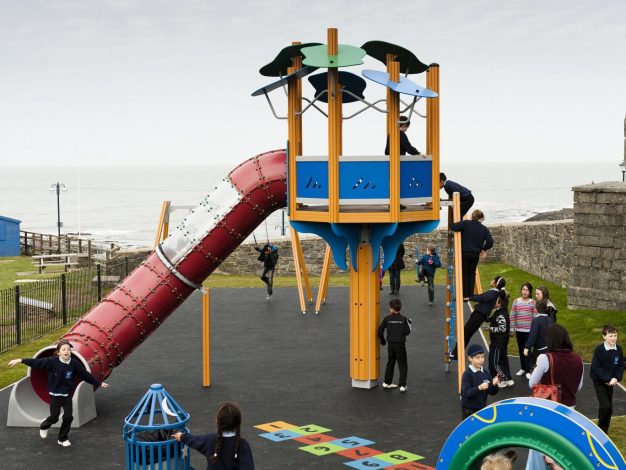 Parents’ views on playgrounds: “They are the only thing keeping us sane”

“The news that playgrounds are to be kept open during this, our third full lockdown, has been met with huge relief. It appears the Government agrees with us and others that the risks posed to children of not playing outdoors far outweigh those posed by the virus.”

Those are the words of Mark Hardy, chairman of the UK’s Association of Play Industries (API), on what he describes as ‘the nation’s renewed appreciation for playgrounds’

But, reacting in his latest blog to the UK government’s decision to keep playgrounds open during the latest national lockdown, he says that the relief he felt ‘is nothing’ compared to parents and children nationwide.

He points to a recent thread on the popular online forum, Mumsnet, where comments on the issue of playground closures included:

“During one of the most difficult periods in recent times, parents have relied upon public playgrounds to keep their children mentally and physically well and to provide some respite for themselves,” says Hardy. “As with so many aspects of our society, the lockdowns have forced us to see what really matters – the building blocks of our communities that we can’t live without – and our community playgrounds really do matter.

‘The future of free-to-all public playgrounds is at stake’

“Playgrounds have for years been taken for granted, part of the everyday fabric of our lives.  All of us have memories of playing in playgrounds and for today’s parents, carers and grandparents they are essential local amenities.  But unless your community has been personally affected by the closure of a beloved playground, and even if it has, you may not be aware that there is a chronic lack of investment in them UK-wide.

“Make no mistake, the future of free-to-all public playgrounds is at stake. Over many years, budget constrained and cash-strapped Local Authorities faced with competing priorities, have been forced to make tough decisions and relegate community playgrounds down their priority list.  Their numbers are dwindling at an alarming rate as playgrounds have been regarded as a nice-to-have rather than as an essential public service.

“Until now. Along with parks and other shared public spaces, the public realise the central role that playgrounds have in all our lives. Without them, the one in eight UK households’ children would quite simply have nowhere to play. We live on a small, densely populated island and even those children lucky enough to have small gardens would, without public playgrounds, miss out on the vital sense of community playgrounds provide, the sense of space and freedom and the chance for social interaction so crucial for their basic development.  Playgrounds provide all this as no other public facility does.

‘Outdoor play matters and without it children suffer profoundly’

“The pace of change in the behaviour of children in recent years has been alarming: children are increasingly pulled indoors by the lure of technology and pushed away from outdoor play by mass playground closures.  The result? A heavier, more sedentary and unhappy generation than ever before. Outdoor play matters and without it children suffer profoundly.

“Of course, lockdowns have hugely exacerbated this move indoors and fostered children’s dependency on screens.  But there is room for great optimism.  Lockdowns have also made us all acutely aware of the essential nature of play and, in turn, the essential role of public playgrounds.  It is time, now, for the Government to reflect this renewed appreciation for playgrounds and invest in their future before they disappear for good.”