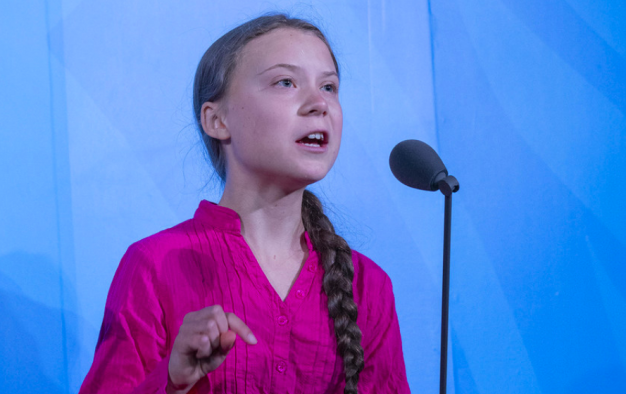 Children ‘left out’ from critical UN climate summit in 2021

Young environmental campaigners like Greta Thunberg have been pivotal in sparking a climate action revolution – yet she and her peers risk being left out of next year’s headline climate crisis meeting of the United Nations.

World Vision has warned that no under 18s have been invited to participate in the 26th UN Climate Change Conference of the Parties (CoP26) in Glasgow, effectively preventing a generation from having any meaningful say in the future of the planet.

The international aid agency is calling on UN Secretary General Antonio Guterres to include children in vital change-making conversations about climate change.

Dana Buzducea, World Vision International Advocacy and External Engagement Leader, said: “Children around the world have told us that they feel scared, angry and helpless about the impact of climate change. Governments worldwide must do more to listen to children who are most affected by climate change and give them a seat at the decision-making table – it is their future after all.

“Greta and thousands of others like her have proved children’s voices matter and dispelled the myth they have nothing to say and nothing to contribute.”

‘Governments worldwide must do more to listen to children’

A recent survey of children and young people in 12 countries by World Vision revealed that young people fear the damage climate change has inflicted on the planet and the impact it will have on their future. They shared stories of devastation and death they themselves had seen, caused by the impact of climate change on their communities. Yet they did not want to be seen as helpless victims, but rather as agents of change who could help fix this global threat.

“The UN Convention on the Rights of the Child guarantees the right of children to express their views, and for those views to be given weight according to their relative age and maturity – we know children are capable of contributing to the decisions that affect them.
“This is why we applaud the Secretary General’s invitation to young adults to contribute to the climate action discussions,” added Buzducea. “But it is children, especially the most vulnerable children, who are disproportionately affected by the climate crisis. They must be included in the CoP26 process.”
Click here for more information on CoP26.
Tags: #cop26, #savetheplanet, #unclimateconference, #UnitedNations, #worldvision
E-mailFacebookTwitterLinkedInWhatsApp