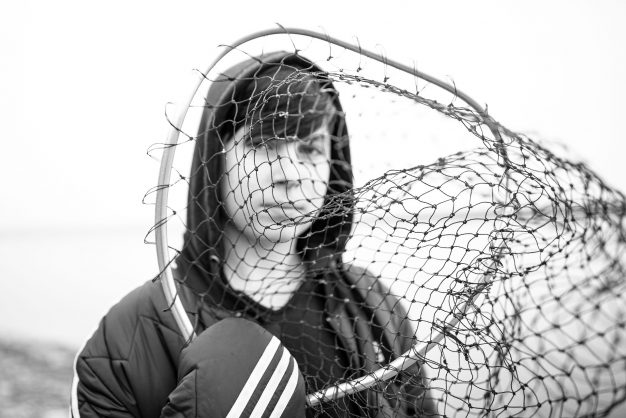 ‘I wish I was wearing a filter right now’: why tweens need more emotional support to deal with social media

Many 8-12-year-olds are now heavy users of social media such as Instagram and Snapchat – even though most platforms require users to be 13 or over.

However, concern over young people’s use of social media tends to focus on older teenagers or young adults – rather than this preteen or “tween” group – and concentrates on specific issues such as cyberbullying or sexting.

My new research investigated tweens’ perceptions of social media and the issues they face when engaging with using these platforms. It reveals that while children are aware of dangers such as online predators, what tweens are being taught by parents and schools may overlook the emotional impact of social media.

Children aged between eight and 12 are at a key time in their social and emotional development. At this point, they begin to seek social networks beyond their parents, with peer relationships taking on greater purpose and importance.

As they start to navigate the digital social world, tweens begin to form their online identity and are exposed to different circumstances to those they might encounter when socialising in real life. They may lack guidance in this space. Parents and teachers are not always “digital natives” and may not be comfortable and confident when navigating the online world. This means they may not be equipped to safeguard tweens’ digital activity.

My research took place in four primary schools in the South Wales area, with children aged ten and 11 years old. Of the 40 children involved in my study, 38 indicated that they had social media accounts, which suggests that the number of tweens using social media may be higher than previously thought. For instance, research carried out by Ofcom in 2019 reported that just 21 per cent of eight to 11-year-olds had a social media profile.

The children were split into eight focus groups with five children in each. I employed a variety of interactive activities to generate discussion. All groups were confident in giving a definition of what social media is: many gave similar answers such as “technically you communicate to other people” and “cos you can talk on it”.

The children discussed the use of emojis to communicate online, and showed awareness that using these symbols can come with problems. One participant said: “They can be false because you don’t always see someone’s face and you can’t see how they are feeling.”

Others talked about the aubergine and peach emojis being used as rude symbols, which they were aware was not suitable for their age. This could suggest that they are engaging in spaces and encountering conversations that are potentially not suitable for them.

The study also showed that parents and teachers had successfully passed messages about e-safety on to the tweens, in particular concerning known risks such as online predators.

In six out of the eight focus groups, children made specific reference to “catfishing” – luring someone into a relationship through a fictional online persona. “A 70-year-old man could go and like make an account as if they were 15,” one participant explained.

The children were able to talk about various strategies they used to protect themselves online. These included using privacy settings, not being photographed with their uniforms on, only being friends with people they knew in real life and using “ghost mode” on Snapchat – turning off a display of their location.

Some children also talked about their parents monitoring their social media use by being friends with them on social media apps, or by checking their private messages.

However, the most concerning results from this research involved the discussions about the use of Snapchat filters – digital overlays over photographs. There was a clear gender divide. Boys discussed how they use filters for fun and entertainment purposes, while girls in seven out of the eight focus groups commented on the fact that Snapchat filters were often used to “make you look prettier” and to enhance your appearance.

The tweens talked of using filters for contouring and making your cheek bones more prominent, as well as making your skin look flawless. One child said that the changing of your appearance is not just for your own feeling of self-worth, but “to make people interested in them”, illustrating that popularity online is to do with appearance rather than personality. “I wish I was wearing a filter right now,” one girl said.

Socialising in a digital world can be dangerous

The girls in the study did show an awareness of issues surrounding body images and recognised that these could be harmful to their self-esteem. Lessons in school, though, tend to focus on physical risk in e-safety talks rather than emotional issues.

It is clear that some messages on social medial safety are reaching tweens. However, socialising in a digital world can be dangerous in a variety of ways – and information on topics affecting children may be being overlooked. In particular, altered photographs may be influencing how children view themselves and this may affect their body image.

My research suggests that primary schools children need to be taught about emotional safety in relation to social media. And that children’s perspectives need to feed into the digital curriculum, so it focuses on the issues that really affect them and not those that adults think are prevalent.