The Hague invests in cycling – and offers kids a free bike

Children and families will be among the biggest beneficiaries of a multi-million Euro investment into cycling by the Dutch city of The Hague.

Youngsters from families who may be struggling will even be given a free refurbished bike, as part of a major initiative that will cost around 65 million Euros over the next five years.

The city is aiming to double cycling numbers by 2040, and its Plenty of Space for Cycling Programme will improve safe cycling infrastructure and facilities, encouraging more families and children to use bikes for going to and from school, and leisure activities.

Robert van Asten, The Hague’s Deputy Mayor for Mobility, said: “Cycling is only becoming more popular thanks to electric bikes, cargo bikes and bike-sharing. It is healthy and cyclists do not cause any dangerous gas emissions or take up much space. By providing good cycle routes and by making cycling more accessible, we can ensure that even more residents choose to get around by bike.”

‘We are looking at what people need to start cycling’

Cycling lessons and bicycle service points will be provided in neighbourhoods where residents rarely cycle, and the municipality will work together with the Royal Dutch Touring Club (ANWB) on the Children’s Bicycle Plan (Kinderfietsenplan) to give children in need a refurbished second hand bike.

While cycling is already well established one of the most popular modes of transport in The Netherlands in general, The Hague – wary that it has some of the highest levels of congestion in the country –  is going all out to make cycling its primary mode. Planned measures include creating  improving the flow of traffic at intersections, and replacing brick cycle paths with paved paths.

“We are looking at what people need to start cycling, and we would like to assist them,” added van Asten. 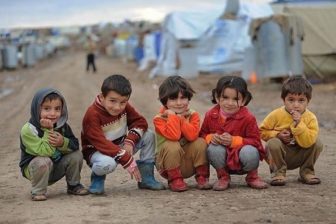