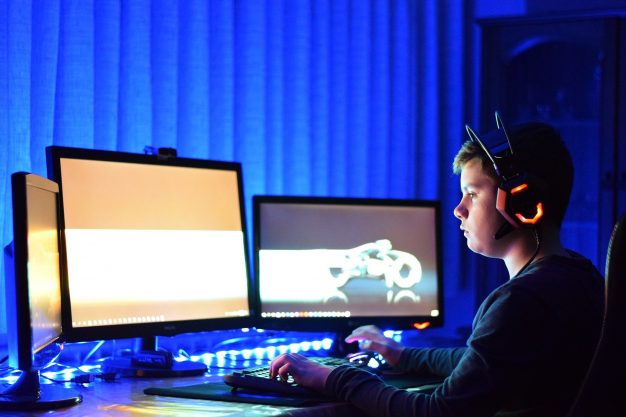 Are video games good for your health? Apparently so…

Don’t tell the kids but playing video games is good for their health…OK there’s obviously a ‘but’ coming but researchers at Oxford University have nevertheless put forward a new spin on the whole debate over gaming and mental health.

As many countries struggle with the consequences of a second COVID-19 lockdown, and with Christmas just a few weeks away, more youngsters and, indeed older members of the family, will be staying indoors play the latest games, if only to be ‘with’ friends and social acquaintances.

And it’s in this context that this latest research from the world-renowned institution has made a conclusion that will surprise many – the suggestion that time spent playing games is positively associated with wellbeing.

This study is the first of its kind, in that rather than asking players how much they play, it calls on industry data relating to actual play time for three popular video games: Plants vs Zombies: Battle for Neighborville and Animal Crossing: New Horizons.

The suggestion is that experiences of competence and social connection with others through play may contribute to people’s wellbeing. What is more, those who derived enjoyment from playing were more likely to report experiencing positive wellbeing. These experiences during play may, adds the study, be even more important than the actual amount of time a player invests in games and could play a major role in the well-being of players.

Professor Andrew Przybylski, Director of Research at the university’s Oxford Internet Institute – which studies the social science of the internet – and lead-author of the study, said: “Previous research has relied mainly on self-report surveys to study the relationship between play and wellbeing. Without objective data from games companies, those proposing advice to parents or policymakers have done so without the benefit of a robust evidence base.

“Our findings show video games aren’t necessarily bad for your health; there are other psychological factors which have a significant effect on a persons’ well-being. In fact, play can be an activity that relates positively to people’s mental health – and regulating video games could withhold those benefits from players.”

Prof Przybylski’s team worked with game developers Electronic Arts and Nintendo of America to combine academic and industry expertise, and through access to data on playing time they have, for the first time, properly investigated the link between behaviour around actual game play and ‘subjective well- being. This, they say, has enabled them to ‘deliver a template for crafting high-quality evidence to support health policymakers’.

A total of 3,274 players were asked to complete a survey designed by the researchers to measure well-being, self-reported play, and motivational experiences during play. The survey findings were combined with objective behavioural data for the survey participants, collected by the video game companies.

The study focused on the association between objective game time and well-being, examining the link between directly measured behaviour and subjective mental health. It also explored the roles of player experiences, specifically how feelings of autonomy, relatedness, competence, enjoyment and feeling pressured to play related to well-being.