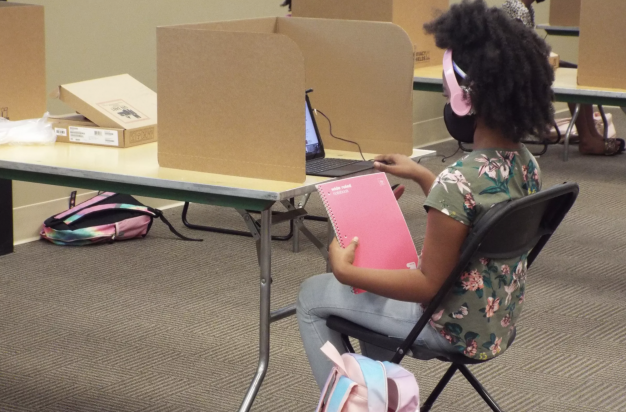 After closing down in the spring, Namaste Charter School in Chicago’s McKinley Park neighbourhood decided to open its usual summer academy to support South Side families with working parents.

“Our parents really needed a place for their children to be while they were at work,” said April Shaw, the school’s executive director.

The school’s staff spent weeks putting together safety protocol — from an online symptom screener to front-door temperature checks and plexiglass shields — and the summer passed without any cases of COVID-19 among staff or students. When the new school year started, Namaste offered families a chance to apply for supervised learning.

Then COVID-19 cases surged across Chicago.

As some school districts across the state and country pull back on plans for in-person learning, a handful of charter schools, including Namaste, have stayed open, even if it’s just to provide a place where students can do their remote learning with adult supervision. Some child care centers, too, have offered supervision for remote learners.

With Chicago test positivity rates now reaching 14 per cent, Shaw said she’s starting to think about a “Plan B.” “We will make a firm decision by week’s end,” she said.

A place where students can do their remote learning

It’s not clear yet if the rising rates will delay Chicago Public Schools’ decision to bring some pre-kindergarten and special education students back to campuses later this fall. Leaders have not yet set a return date — nor have they said they are delaying the return until the start of 2021, as a wave of large cities announced this week.

Mayor Lori Lightfoot said Thursday that a forthcoming wave of tighter restrictions on public gatherings did not apply to schools or child care sites.

At CICS Irving Park, one part of the larger Chicago International Charter School network, officials decided to suspend a “community care” program that served 20 per cent of its students last week amid rising rates. A spokeswoman there said that the decision was made out of concern for what was happening in the community around them and not driven by any incidents or outbreaks at the campus.

Health officials have tried to assure the public that schools and daycares have not been significant sources of spread, and data from Chicago’s Department of Public Health obtained by Chalkbeat backs up that claim. The data, which include cases from April 1 to mid-October, showed just 267 cases in child care centers, 207 in private and charter schools that offered some in-person instruction, and 21 cases at in-person park district camps. The data didn’t include the names of affected facilities or precise numbers on how many children have attended some form of in-person school or daycare.

The number of cases involving children in school appear small, however, given the number of children attending some in-person instruction.  About 19,000 students alone attend Catholic schools in the city, for instance, with about 2,700 teachers and staff.

The strongest line of defence against COVID-19, leaders say, has been strict safety protocols for bringing students in and out of buildings.

Before CICS Irving Park suspended its program, it had a similar plan to that proposed by Chicago Public Schools, including a daily online symptom questionnaire. A staff member took students’ temperatures before they entered the building. Students and staff had to wear masks at all times and socially distance.

One challenge to staying open, however, was staffing. Not everyone is willing to come to work amid a pandemic, and schools must weigh how best to keep those who do safe. (One of the biggest barriers to Chicago Public School’s efforts to reopen is an ongoing dispute with its teachers union.)

“It’s nice because they already had relationships with the students,” said J.W. Kuebler, the school’s director.

Directors said they went to great lengths because, for some families, in-person learning or supervision was crucial. Families at Irving Park and Namaste needed to work outside the home or, in some cases, they didn’t have a reliable internet connection. The charter schools have been able to provide a safe, supervised place for students to do their remote work.

There, too, safety protocols are critical, directors say. At the Hyde Park Neighborhood Club, any students entering the building have their temperature checked by a remotely controlled digital thermometer.

“The development of the safety protocol is critical,” said Angela Habr, the executive director of the center, which has run a child care program in Hyde Park since 1909. “It takes a lot of time: It’s very detailed, meticulous work.”

‘Be flexible about news costs and approaches’

Unlike most other centers, Hyde Park didn’t close in the spring. Instead the center served the kids of essential workers. “Their kids still need somewhere to go that is going to be safe,” said Habr.

Hyde Park has students come in a couple of days a week, with no more than 48 kids in the building at any one time and maximum pod sizes of 10 students. A teaching instructor is attached to each pod, so if there is a positive case, it’s possible to quarantine the entire group.

One of Habr’s biggest takeaways from the effort to remain open: Be flexible about new costs and new approaches to health and safety. The center hired additional staff members to supervise and clean the playground area. It upgraded its Wi-Fi to accommodate multiple students doing hours of remote work. It has reduced capacity as numbers surge.

Those were added onto the costs of an upgrade to the HVAC system, which included expensive new air filters. The center also fixed the levers of some of its classroom windows.

Despite the enormity of the undertaking, Habr said she is happy to have offered a diverse set of families support during a difficult time.

“The first couple of weeks were a struggle, but despite the challenges, despite the confines, we have been able to build a lovely, warm culture with our students and staff,” she said. 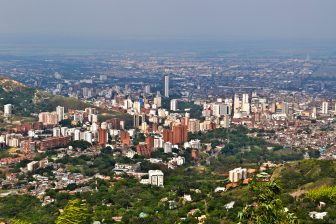