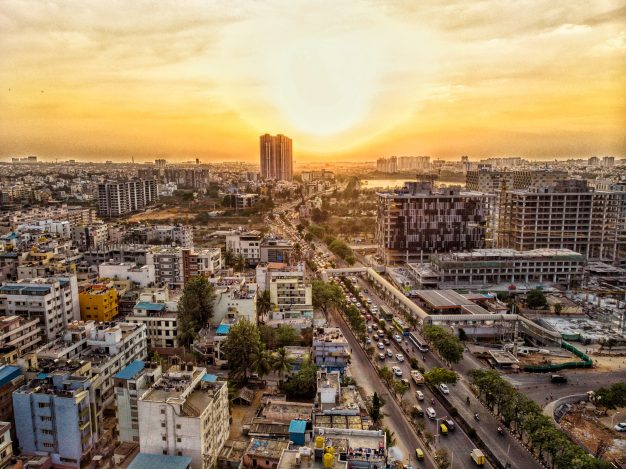 The young people of the Indian city of Bangalore should be given a greater say in local decision-making processes if it is to become a truly child-friendly municipality.

That’s the call being made by officials in and around the capital of Karnataka state, as it looks to replicate some of the successful global examples of the United Nations Children’s Fund (UNICEF) Child-Friendly Cities Initiative (CFCI).

One of the main benefits of listening to the views of the young would be to create ‘thriving cities for not only the current generation but for future generations to come’, says Prarathana Ranesh, writing in the Deccan Herald newspaper.

‘Do they have a public library to go and read a book?’

Children, he says, form a large component of the state’s population, standing at just under 19 per cent based on the 2011 census. Yet since the COVID-19 pandemic has taken hold, this element of the population has been severely restricted due to being confined to their homes.

“Imagine you are a 12-year-old who wants to go to a park with a friend who lives about 2 kilometres away. Are our pedestrian pathways walkable for the child to go all the way to the park? Alternatively, do they have enough options for public transport,” Ranesh continues.

“If they want to cycle, do they have designated cycle lanes? Are the zebra crossings clearly marked out? Is the air clean to breathe? Do we have enough streetlights to ensure their safety? Is the park or playground hygienic, clean, and catering to all needs of the child? Do they have a public library to go and read a book?”

He goes on to highlight some of the successful worldwide ventures that have been inspired and supported in equal measure by UNICEF’s CFCI initiative, including Barcelona and Ghent.

‘Children are integral to the fabric of our communities’

Ranesh points to the presence of several other committees on the Bruhath Bengaluru Mahanagara Palike, the administrative body for civic and infrastructure assets of the Greater Bangalore metropolitan area, and wonders whether it is now time for a dedicated committee ‘comprising youth who express their needs and wants for the city’?

“Children are integral to the fabric of our communities – there is an ever-increasing need for us to engage them in all aspects of decision-making by providing them platforms for participation –platforms for them to report grievances, to work on issues with their local governance, to experience change and to participat,” concludes Ranesh.