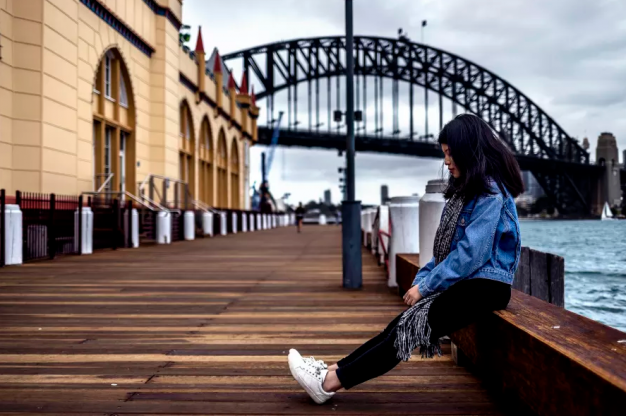 ‘Poverty in childhood leads to poverty in adulthood’

Published on 30-10-2020 at 09:00
Around three quarters of participants in the Multicultural Youth Australia Census had engaged in at least one civic or political activity in the last year. Picture: Daniel Lee/Flickr

Based on a measure of poverty commonly used internationally, 13.6 per cent of the Australian population was living in poverty in 2018; this translates to more than 3.24 million people, including 774,000 children aged under 15. This is considerably higher than in many other developed countries, including New Zealand, Germany and Ireland.

Moreover, as noted by the Productivity Commission, the poverty rate has remained stubbornly high for over 30 years.

Despite this lack of progress, the Australian Government has acknowledged the importance of the issue, in 2015 joining other nations in adopting the Sustainable Development Goals, one of which is to “end poverty in all its forms” with a national target “to reduce at least by half the proportion of men, women and children of all ages living in poverty in all its dimensions according to national definitions” by 2030.

‘Remedial’ policies – like income support benefits and social housing – are important tools for the Australian government in combating poverty.

But a deeper understanding of the origins and mechanisms underlying poverty can improve the basis for preventative policies that lead to not only better socio-economic outcomes for relatively disadvantaged members of the community, but also fewer demands on government budgets in the long run.

One important potential channel in this regard is poverty in childhood. Sadly, it’s to be expected that children who grow up in poverty are more likely to experience poverty in adulthood, for example, because of lower educational opportunities.

However, to date, there has been little direct evidence in Australia on the extent to which poverty in childhood begets poverty in adulthood, or the nature of this ‘transmission’ of disadvantage.

A deeper understanding of the origins underlying poverty can improve the basis for preventative policies. Picture: Shutterstock

In our report, produced with the support of the Paul Ramsay Foundation, we present new evidence that low household income during childhood is a key predictor of disadvantage in later life.

Our research on the intergenerational transmission of poverty is based on Australia’s nationally representative longitudinal household study, the HILDA Survey.

Drawing on all 18 years of data now available, spanning the period 2001 to 2018, we looked at the economic circumstances of children and how these are associated with their economic circumstances as young adults. The results show thatchildren who grew up in poor households are 3.3 times more likely to be in poverty in adulthood than those who grew up in never-poor households.

And the longer the period of time spent in poverty as a child, the poorer the outcomes in adulthood.

Our research further shows that experience of poverty during childhood is associated with poorer socio-economic outcomes in terms of educational attainment, labour market performance, health and even overall life satisfaction in early adulthood.

More research is needed to better understand the sources of the intergenerational transmission of poverty. Picture: Getty Images

Among the employed, children who were raised in non-poor families earn, on average, an hourly wage rate that is 23 per cent greater than those who experienced poverty as a child.

Growing up in a family with little or no wealth (as distinct from low income) is also an important predictor of lower educational attainment, poorer labour market performance, worse health, and lower overall life satisfaction.

Finally, even after we control for a wide range of non-economic parental factors and neighbourhood characteristics, our analysis strongly supports the idea underlying the ‘economic resources model’. This means that experiencing poverty during childhood is associated with dramatically reduced financial sufficiency and dramatically higher chances of being poor as an adult – confirming the idea that poverty begets poverty.

The magnitudes of the estimated associations and the fact that the strongest effects are identified for the poorest families, support the policy case for taking steps to reduce child poverty.

It’s highly likely that reductions in child poverty would have substantial benefits — not only for life outcomes and well-being of the children in later life, but also through benefits to the wider community.

These benefits may include increased income tax revenue (from higher rates of labour market participation) and reduced demands on the welfare budget.

Experiencing poverty during childhood is associated with reduced financial sufficiency as an adult. Picture: Shutterstock

That said, more research is needed to better understand the sources of the intergenerational transmission of poverty and the different ways to help people build a better future.

While low parental income may be the key driver of the intergenerational transmission of poverty, it is important to investigate the role played by potential mediating factors – including family circumstances and dynamics, socioeconomic characteristics of the neighbourhood, educational opportunities and outcomes, as well as health and access to health care.

In understanding the mechanisms underlying the ‘transmission’ of disadvantage, we can work to improve those preventative policies that can lead to better outcomes for the disadvantaged in our communities.

This article was first published on Pursuit at the University of Melbourne. Read the original article. 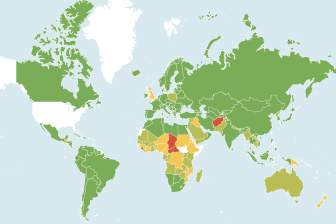