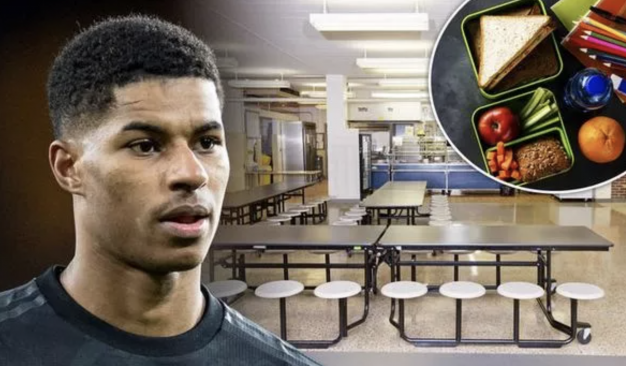 Over one million people have signed a petition launched by England footballer Marcus Rashford for children from poor families in England to get free meals during school holidays.

The Manchester United striker, 22, has been at the centre of a high profile public campaign in asking the UK government to provide free lunches amid fears for family’s incomes as COVID-19 restrictions increase and continue to impact on families..

His Parliamentary petition says that “no child should be going hungry”. Prime Minister Boris Johnson has this week reaffirmed the government’s stance that it will not extending free school meals beyond term time, saying it has already introduced more effective measures to support families.

The UK government extended free school meals to eligible children during the Easter holidays this year and, after a campaign by Mr Rashford, repeated this during the summer break.The Government says it has given local councils £63 million for families facing financial difficulties due to pandemic restrictions, as well as increasing welfare support by £9.3bn. Scotland, Wales and Northern Ireland are all funding meals beyond term time.

His message in the petition is simple: “It’s time we put party politics aside and worked together to find a long-term sustainable solution to child food poverty in the UK. Implement the 3 asks.”

The ‘3 asks’ refer to a set of recommendations made by a government-commissioned review on food published in July last year.  They are: expand free school meals to an additional 1.5m children, by including all households receiving universal credit or equivalent; make an extra 1.1m children eligible for holiday activity and food programmes; and more generous meal vouchers for pregnant women and parents of young children.

‘Sparked by his own experiences’

If Parliamentary petitions get more than 100,000 signatures, the subject is considered for a House of Commons debate. Hundreds of individuals and businesses have taken to social media in support of Rashford, with many businesses pledging money and food parcels to vulnerable families.

Rashford’s campaign was sparked by his own experiences of growing up in Manchester and having to rely on free school meals. He was recently honoured by the Queen by being made a Member of the British Empire (MBE) and is also to receive the City of Manchester award in recognition of his campaign.