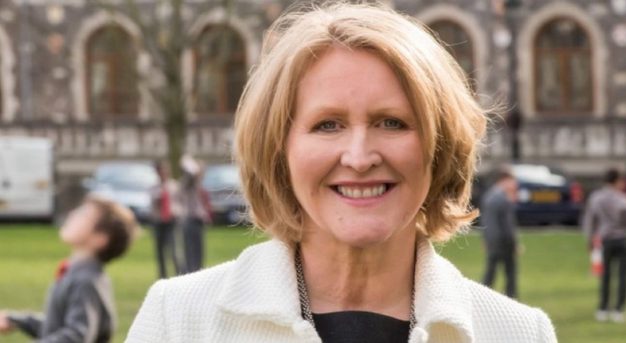 With the majority of the country’s children now back in school after the pandemic-enforced closures, there should be a huge recognition of the behind-the-scenes work that has been done to make even this scenario possible.

But Anna Longfield, Children’s Commissioner for England, also warns that there is ‘no room for complacency’ and that in the coming months enormous support needed for all those committed to ensuring children’s education is delivered without further compromise.

“Now is a good time to reflect on the progress that has been made as children have returned to school after so many months out of the classroom,” she says.

“Schools, teachers and children themselves have worked so hard to adapt to a new normal, from one-way hallways to staggered drop-offs, from classroom bubbles to shorter lunch breaks. As a result, we now have millions of children back in school full time, learning with their friends.”

‘Recognise the real achievements in getting to where we are now’

“Last Thursday (24 Sep), around 7.8 million children in England – or 88 per cent of pupils on school rolls – attended school. A year ago, that would have been a worrying figure. In the autumn term 2019, around 8.5 million children went to school on average each day, a rate of 95 per cent. But just four months ago, the idea that schools would have 88 per cent of kids attending seemed impossibly optimistic. We should recognise the real achievements that have been made in getting to where we are now.

In a blog on the commissioner’s website, Longfield adds: “Between March 23rd when lockdown began and the end of the 2019/2020 school year in July attendance averaged just 7.4 per cent – the majority of these children living in families with key workers or those classed as vulnerable children. An astonishing 575 million school days were missed.

“On Monday 11th of September, the day of the first full week for many schools, 7.7 million children attended. Since then that number has steadily increased, up to 7.8 million as of Thursday 24th September, as children and parents have become more comfortable with new school routines.

“It is particularly good to see the vulnerable children who we need to see in school returning. 81 per cent of pupils with an Education Health and Care Plan and 82 per cent of pupils with a social worker were attending on Thursday 24th, 10 times the number during lockdown. Of course, I would like this number to be higher, but given the circumstances it is a step in the right direction.

“That said, we should still be concerned about the million children who are not yet back in school – and do more to support them and their families to return to the classroom.

“At a time when the coronavirus is again on the rise, the Government does deserve credit for listening to calls to put schools first before pubs and restaurants, in the event of further local lockdowns.

“But there is no room for complacency. This is a fragile and difficult time. On Thursday 24th September, six per cent of schools across England were not fully open due to COVID-19 cases, meaning year groups or class bubbles were told to stay at home to limit the spread of the virus. This number is up from four per cent a week earlier, due to the rising infection rates across the country, and it is part of what explains the still lower than average attendance rates. Even in schools that are fully open, attendance is still below average and only climbing slowly.

“The coming weeks and months will see more challenges for schools. As I have said many times, children deserve to be a priority given the sacrifices they made earlier in the year by staying at home. We know that infection rates are rising amongst all age groups, including children. Reopening schools was never risk free for as long as there is no vaccine. I have always said it is about managing risk.

‘Providing schools with the resources to keep going over the winter’

“Support for teachers, school staff and children to go to school and to stay in school still relies on a local testing service that delivers results quickly. In these uncertain weeks, guidance and testing will be even more important than it was when school gates opened for all last month.

“So while we should take a moment to appreciate how far we’ve come since June and July, we need to recognise that building on the progress schools have made will mean providing them with the resources they need to keep going over the winter,” she concludes.