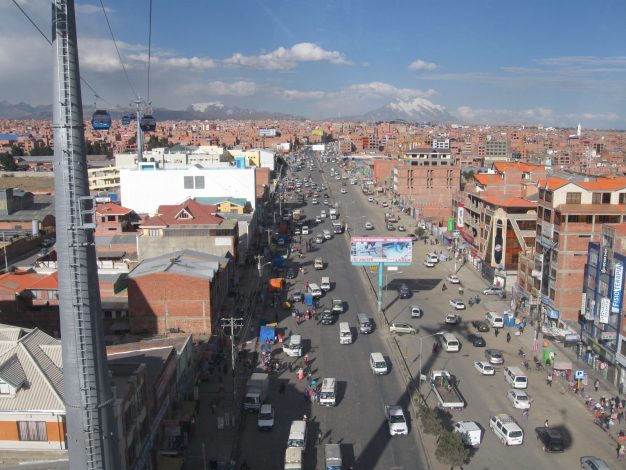 Children born at higher altitude ‘tend to be smaller’ – study

Children who are born in cities at higher altitudes tend to be smaller than those born at lower altitudes, a new study claims.

The International Food Policy Research Institute (IFPRI) concluded that children who live in cities that are 5,000 feet or more above sea level were not only smaller at birth but also more likely to have stunted growth.

This even includes children living in what the researchers called ‘ideal-home environments’, which is those from a higher socio-economic background and good health services available.

The study, which also involved Addis Ababa University, gives a fresh angle on the controversial relationship between altitude and undernutrition, as well as the extra efforts that are required to make sure interventions in policy are developed specifically within high altitude contexts.

Kalle Hirvonen, IFPRI Senior Research Fellow and co-author of the study, said: “More than 800 million people live at 1,500 meters above sea level or higher, with two-thirds of them in Sub-Saharan Africa, and Asia. These two regions host most of the world’s stunted children so it is important to understand the role that altitude plays in growth. If children living at altitude are, on average, more stunted than their peers at sea level, then a more significant effort to address high altitude stunting is needed.”

The study, “Evaluation of Linear Growth at Higher Altitudes,” co-authored by Hirvonen and Addis Ababa University Associate Professor Kaleab Baye, was published in the Journal of the American Medical Association (JAMA), Pediatrics. The study analyzed height-for-age data of more than 950,000 children from 59 countries. The data were compiled through the Advancing Research on Nutrition and Agriculture (AReNA) project funded by the Bill & Melinda Gates Foundation.

Children were classified as having lived in an ideal-home environment if they were born to highly educated mothers, had good health-service coverage and high living conditions. Global tracking of growth rates relies on the assumption that children living in such environments have the same growth potential, irrespective of genetic makeup or geographic location.

“The data clearly indicated that those residing in ideal-home environments grew at the same rate as the median child in the growth standard developed by the World Health Organization (WHO), but only until about 500 meters above sea level (masl). After 500 masl, average child height-for-age significantly deviated from the growth curve of the median child in the reference population”, said Hirvonen. The research further shows that these estimated growth deficits are unlikely to be due to common risk factors such as poor diet and disease.

The study suggests that the effects of altitude were most pronounced during the perinatal period, which is, the time leading up to, and immediately after, the birth.

“Pregnancies at high-altitudes are characterized by chronic hypoxia, or an inadequate supply of oxygen, which is consistently associated with a higher risk of fetal growth restriction. Restricted growth in the womb is in turn a leading risk factor for linear growth faltering” added Hirvonen.

There is some evidence to suggest that residing at high altitude over multiple generations may lead to some genetic adaption, but these findings did not hold for women with only a few generations of high-altitude ancestry. “Women of high-altitude ancestry were able to partially cope with the hypoxic conditions through increased uterine artery blood flow during pregnancy, but it may take more than a century before such adaptions are developed”, said Baye.