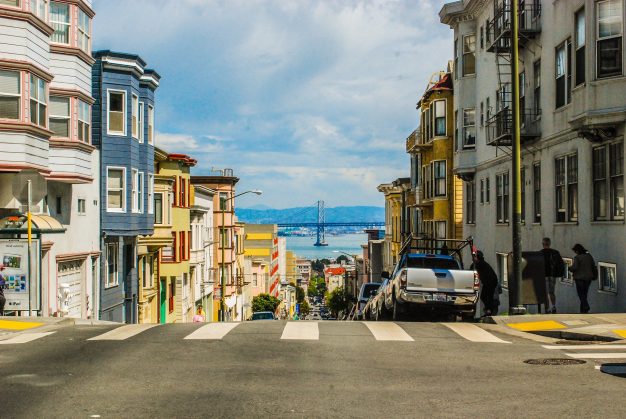 Houston, San Francisco and Minneapolis are part of the first cohort of cities to officially work towards the USA’s first-ever UNICEF Child Friendly Cities status.

The three cities, along with Prince George’s County in Maryland, will implement an ambitious, two-year process towards a UNICEF recognition that is now well established across the world.

UNICEF’s Child Friendly Cities scheme was originally created in 1996, and uses a child rights-based framework to build a roadmap for establishing safer, more just, equitable, inclusive and child-responsive cities and communities around the world. It is now operating in over 3,000 municipalities in 40 countries.

Michael J. Nyenhuis, UNICEF USA President and CEO, said: “This year has seen so many challenges that have deeply impacted children and families, and also shown the important role that local governments play in supporting them. As an organization that has dedicated nearly 74 years to protecting and supporting children around the world, UNICEF USA is proud to use this moment to help build better communities for children here in the United States alongside Houston, Minneapolis, San Francisco and Prince George’s County.”

Local government and community leaders in these urban settings will carry out a detailed analysis of child well-being in each city. Based on these findings, the cities will implement an action plan prioritising the best interests of children and youth within their local policies.

CFCI will empower leaders to address the impact of the coronavirus pandemic and systemic racism on children, work to combat discrimination and elevate their voices in local governance and decision-making.

Sylvester Turner, Mayor of Houston, said: “The city is proud to be an inclusive and equitable city focused on strengthening community resilience for the most vulnerable residents, our youngest children. Children under 18 comprise 25 per cent of Houston’s total population, with children under five accounting for 7.8 per cent. We want them to feel welcome, safe, and supported to thrive in any environment. As part of the Child-Friendly Cities Initiative, we will continue to protect and empower young people in every aspect of our community.”

Gretchen Musicant, Health Commissioner for City of Minneapolis, said: “I was in a group from Minneapolis that convened with others from around the country in May of 2019 to launch a Child Friendly Cities initiative in the U.S. This effort builds on decades of work in Minneapolis focused on the well-being of young people. It seems only natural that Minneapolis is among the first to take official action with UNICEF USA.”

Through the CFCI Framework for Action, the cohort cities and county will identify objectives under five goal areas focusing on supporting children and young people, including: safety and inclusion, children’s participation, equitable social services, safe living environments and play and leisure.

‘Share what we’re working on and learn from other cities’

London N. Breed, Mayor of San Francisco, said the city was committed to creating ‘a city that is welcoming and safe for children, youth, and their families’, and added: “It has become clear over the past few months how much of a toll COVID-19 has taken on young people and families, and it’s important that we keep working together to create policies that support our residents now and in the future. We are excited to join this cohort to share what we’re working on and to learn from other cities in the U.S.”

And Angela Alsobrooks, County Executive for Prince George’s County, added: “Prince George’s is to become the first county in the United States to be part of this critical initiative to build an inclusive community for our children. Our children represent the future of our County, State and nation, and we are fully committed to elevating their voices and empowering them to help build a brighter future for every resident as we work to recover from the COVID-19 pandemic.”