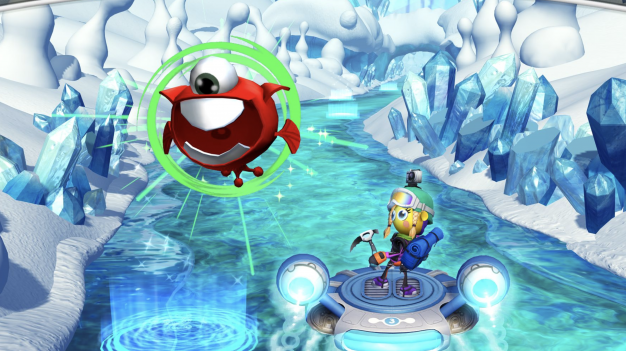 EndeavorRX: The video game doctors can prescribe to help children with ADHD

EndeavorRX has become the world’s first video game that can be legally marketed and prescribed as medication for children with Attention Deficit Hyperactivity Disorder (ADHD).

Several years in the making, it has now been awarded a license for use in Europe, following its trials and licensing in the USA. It has been developed by Akili Interactive, a software company which combines science and technology to ‘reinvent’ traditional medicines.

ADHD is a condition that affects a person’s attention and self-control, and this new game is designed for use by children aged from eight to 12 who have either inattentive or combined-type ADHD. The game, which can be played on iPhones and iPads, went through six years of clinical trials and studies with more than 600 children to figure out whether a game could actually make a difference.

Eddie Martucci, chief executive officer of Akili, said: “We’ve been steadfast in our commitment to build a future where effective medicine is not only easily accessible but also can treat patients in an entirely new and engaging way. During this time of increased need, we’re proud to be able to immediately offer our new clinically validated digital medicine experience to the ADHD community.

“We’re using technology to help treat a condition in an entirely new way as we directly target neurological function through medicine that feels like entertainment. Families are looking for new ways to help their children with ADHD., and we’re excited to offer families a first-of-its-kind non-drug treatment option and take an important first step toward our goal to help all people living with cognitive issues.”

Dr Raun Melmed, a behavioral paedatrician and director of the Melmed Centre in Arizona, said: “The impact of inattentiveness on functioning in children with ADHD is apparent to me on a daily basis in my practice. It affects making and keeping friends, completing tasks, building confidence and succeeding in school. In a clinical trial setting, I’ve seen Endeavor have positive impacts on these areas, and my hope is that this intervention could play a valuable role as part of an integrated and comprehensive treatment approach for children with attentional challenges.”

Jeffrey Shuren, of the US Food and Drug Administration (FDA), which licensed the game for use in the USA, said: “The EndeavorRx device offers a non-drug option for improving symptoms associated with ADHD in children and is an important example of the growing field of digital therapy and digital therapeutics.”

The game can also now be used as a treatment in Europe after receiving the Conformité Européenne (CE) Mark certification (AKL-T01), officially making it prescription-only digital therapeutic software intended for the treatment of attention and inhibitory control deficits in children patients with ADHD. Not only is it one of the most common psychiatric disorders in childhood, but nearly five per cent of children in Europe are diagnosed with the disorder.