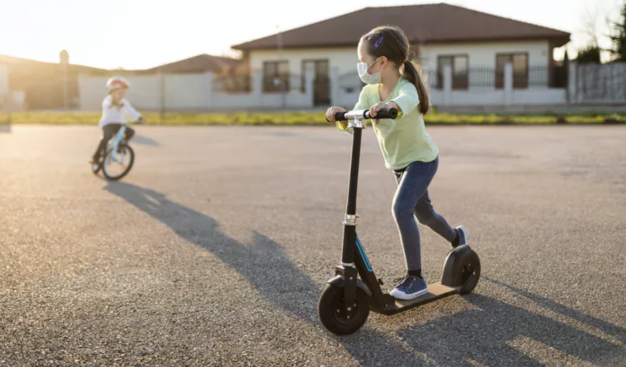 As the weather has warmed in my Midwestern town, my neighbourhood is full of children on bicycles pretending to be riding through the Wild West. I can’t walk down the sidewalk without stepping on chalk drawings or hopscotch boards.

There are children jumping rope and playing ball. In the eight years I’ve lived here, I’ve never witnessed this before. As a clinical psychologist who studies children’s friendships, I am fascinated by this development, writes Julie Wargo Aikins, Wayne State University

Children’s social worlds have been upended by the suspension of school and extracurricular activities due to the pandemic. Many older children and adolescents have been able to maintain their friendships over social media. But, for younger children, this approach is less likely to be available to them and less likely to meet their social needs. In some places, a silver lining of COVID-19 may well be the resurgence of childhood friendships in American neighborhoods.

Over the last 30 years, children’s friendships have been largely forged in the classroom and during extracurricular activities. That’s because, on average, children spend 6.5 hours a day in school, and 57 per cent of children spend every day or most days involved in extracurricular activities. These settings provide not only an environment for learning, but also opportunities to make friends, learn about what is expected social behavior and build skills for social relationships. 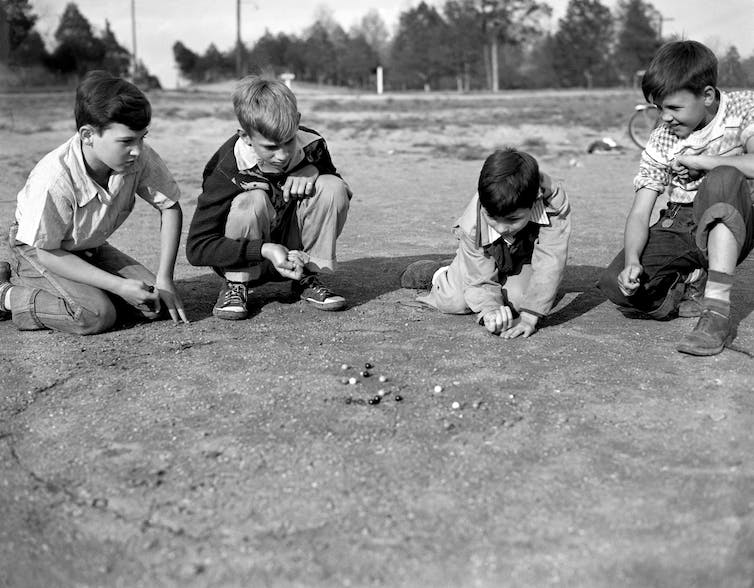 But in the not-too-distant past, children’s friendships were formed and maintained within the American neighborhood. Friends on average lived less than a quarter-mile apart and were predominantly from the same neighborhood. Children who lived close to one another were found to have high-quality friendships that were more frequent, emotionally intimate and longer-lasting than those that did not.

Research shows neighbourhood-based play may have distinct advantages, as it is often characterized by mixed-age peer groups. Having groups of friends with both older and younger playmates may uniquely support children’s development by allowing them to both learn skills from those that are older, while also serving as role models and mentors for children who are younger.

Children who struggle socially may also more easily choose younger friends, which may be an adaptive choice that better fits their social needs. At the same time, more socially adept children may interact with older children who share similar capabilities and interests.

There are pockets of the U.S., however, that have long maintained the tradition of neighbourhood-based friendship. In new, yet-to-be-published research, my colleagues and I found children living on military installations were more likely to form their friendships within their neighbourhoods than their civilian peers, with 37 per cent of military-affiliated children forming their friendships in this setting as opposed to only 25 per cent of civilian children.

We hypothesized that for military families, the close proximity of neighbours, the similarity created by their shared mission and the inherent sense of camaraderie involved in military service created a foundation for friendship formation. We observed the physical characteristics of their neighbourhoods often include cul-de-sacs, swimming pools and recreation centres that promoted children’s interaction and also allow parents to feel a greater sense of community and safety.

The school year is finishing, and many summer camps will be shuttered. Research shows that children with positive friendships feel less lonely, depressed and anxious and are less likely to get into trouble in their communities. In the coming months, encouraging children to find friendships close to home, may combat feelings of social isolation and support feelings of social fulfilment. For some parents, this may feel reminiscent of their own childhoods, when rousing outside games of kick the can or red rover were interrupted only by parents’ shouts from the front porch that it was time for dinner.

Parents can support a shift to neighbourhood friendships by helping their children understand how to stay physically distant while socially and emotionally engaged. Parents may form networks of social relationships with neighbours to help foster their children’s relationships and provide a safety net of monitoring. They may structure their children’s days, suggesting times for indoor and outdoor play as well as old-school games.

These approaches may allow children to ride out this crisis and, in the process, possibly revive the American neighbourhood and revitalize the benefits of friendship that are found within it.

[You need to understand the coronavirus pandemic, and we can help. Read The Conversation’s newsletter.]