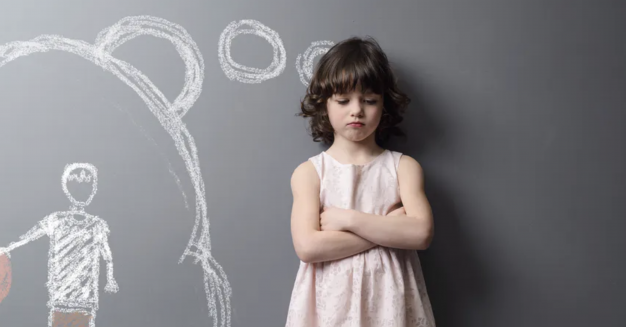 Scotland’s Children Bill: Why the law needs to protect the right of the child when parents separate

Divorce and separation affects many families, and following a breakup, most make their own arrangements about where children will live and how their relationships with each parent will work. But some families struggle with this, especially if there are issues like domestic abuse or other concerns about children’s welfare.

In these circumstances families may resort to court to help resolve issues connected to “child contact” – a legal term for the systems and court processes that decide whether and how a child sees a parent that they are not living with. But what say should children have in decisions made about them when their parents separate?

Work is currently underway in Scotland to reform the law that deals with how children participate in decisions about child contact. There is mounting concern that children’s views are not always heard in disputes about contact, and that practice across Scotland is inconsistent and at times poor, write Fiona Morrison, University of Stirling and Kay Tisdall, University of Edinburgh.

The UN Convention on the Rights of the Child
recognises children’s rights to participate in these decisions. For example, Article 12 sets out the right of every child to freely express their views in all matters that affect them. These views should then be given due weight in the decisions, according to the child’s age and maturity.

But things are not always straightforward. How can adults involve children in ways that are not harmful? What are the risks of not involving children? And how can children participate in decisions that empower and protect them?

The UN Committee on the Rights of the Child sets out the steps states parties should take to ensure that children’s rights become a reality. The requirements are wide-ranging and emphasise how children should be supported to participate throughout the legal process.

The steps begin with preparation before children give their views, extend to feedback to children on the decision made (including how their views were considered), and on to children having access to complaints and redress if they feel their rights have not been upheld.

Does Scotland comply with children’s rights?

Our research has found inconsistent and frequently poor implementation of children’s participation rights. Often this stems from adults’ concern about children’s vulnerability. Many worry that involving children could be distressing or open them up to parental influence.

But these problems are partly produced by how our adversarial legal system deals with contact – a system that sees it as a dispute between adults. These problems are also produced by the limitations of the mechanisms available to find out children’s views. A child welfare reporter, for example, may be instructed to establish a child’s views on complex and emotionally charged issues but only meet with the child a few times.

In Scotland, our research found that children are generally not supported to participate throughout this legal process. There are no routine systems in place to prepare children or explain legal processes. Nor are there any routine mechanisms to provide children with feedback about the decisions that are made, or to explain what role their views had in these decisions. And there are no accessible ways for children to complain if they feel their rights have been breached. 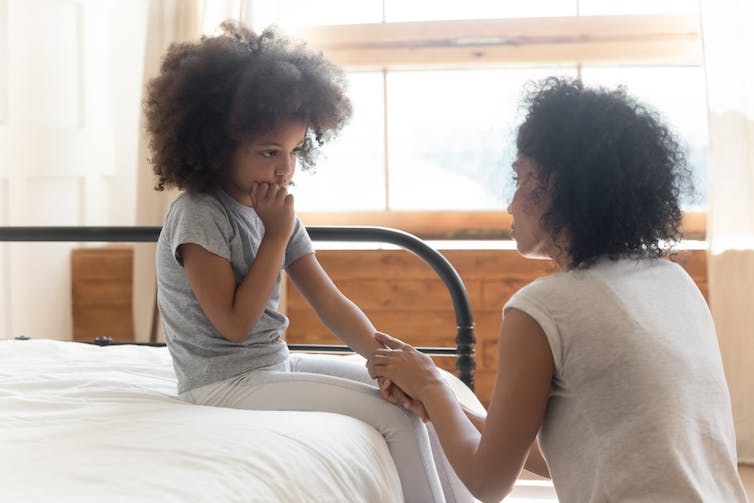 Scotland is not alone in wrestling with these issues. We found that there were similar problems in other parts of the UK and in Australia, New Zealand and Canada. We found mechanisms were not always attuned to issues like domestic abuse or allegations of parental manipulation – issues experienced by the majority of families who resort to the courts.

Without the appropriate mechanisms, these issues risk becoming blocks to childen’s participation rights. There were also significant concerns about the communication skills of those working in court with children and the inadequacy of resources available to help children take part.

The Children (Scotland) Bill was introduced to the Scottish parliament in October 2019. It aims to improve compliance with the UNCR, helping to align family law with the Scottish government’s plans to incorporate the UNCRC into Scots law. But as it stands, the bill falls short – especially in relation to children’s participation rights.

The Justice Committee agreed with this assessment in its Stage 1 Report on the bill. It has asked the Scottish government to make substantial improvements in relation to children’s participation rights.

The Committee’s recommendations span important issues including: removing barriers for children who may wish to instruct their own solicitor; providing children with choices about if and how they participate; and clarity on who should provide feedback to children about the decisions courts make.

The greatest opportunity for change rests with the recommendation to develop advocacy and support. In Scotland, children repeatedly tell us when it comes to the separation of their parents, being an active part of decision-making would make the most difference to their experiences. Meaning they would have choices about if and how to take part.

Feedback on decisions made

They would be supported to articulate their views. Their views would be transmitted directly to the court. And they would receive feedback on the decisions made.

All adults involved in the legal process would see it as their responsibility to include children and to uphold their participation rights. Systems would be established so children could complain if they felt their rights had been breached. This is what is needed to ensure children were both empowered and protected when exercising their rights.

Without addressing these issues, the bill risks making very little difference to children’s experiences at the moment. We need to do better.