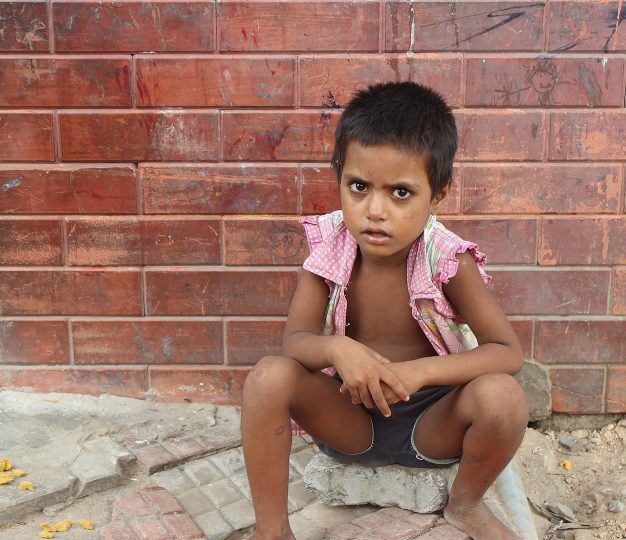 India’s government has been told it must learn from this pandemic and create a robust, equitable and sustainable infrastructure for the urban poor – and especially its disease-prone children.

Unhygienic conditions and malnourishment presents a serious risk to the health of city children, says a report by World Vision India, which has been interviewing children in several of the country’s most densely-populated cities.

The conversations with children in Delhi, Mumbai, Kolkata, Guwahait, Chennai, Bengaluru and Hyderabad have indicated the acute food shortages and social stigma faced by children who come from low-income families living in slum conditions.

World Vision India is one of the country’s largest child-focused humanitarian organisations, working at grassroots level with vulnerable children and families, and helping them to become self-sufficient.

Its report highlights the example of Rekha, who is 15, and lives with her parents in what is termed an ‘informal settlement’ in the nation’s capital, Delhi. Because the family has limited access to food and electricity, Rekha prefers to be in school because that is where she has a respite from the desperate conditions at home, which is particularly bad in the summer.

Moreover, amidst the current lockdown, having to live in these cramped conditions, along with the food shortages, means Rekha and many young people just like her are more susceptible to diseases linked to malnourishment and lack of hygiene.

In Mumbai meanwhile, the biggest concern for Shiva, 14, is being able to access public toilets in the over-populated slum area of Dharavi. His neighbourhood is either reliant on shared toilets or, as is necessary, simply using adjacent open spaces. The risk to public health is obvious. For people living in these conditions, the concept of ‘social distancing’ is nothing but a flight of fancy.

“Almost all the children stated that their parents had lost their primary source of income due to the lockdown,” says the report. “The uncertainty over resumption of normal life invites anxiety, stress and fundamental concerns about financial well-being. Children also reported lack of access to toilets and safe drinking water. Many also mentioned increased incidences of domestic violence

“The Covid-19 pandemic and the nationwide lockdown have created a disruptive new normal for everyone through shelter-in-place orders and social distancing guidelines. India has a population density of 200,000 people per square kilometre in slums like Dharavi, which simply means that social distancing is almost impossible in the country. The urban slum population is more prone to deficiency of basic amenities like safe drinking water, sanitation, housing and health care services.”

Anjana Purkayastha, Senior Director-Special Project for World Vision India, said: This pandemic raises a pressing need of policy level reform to ensure holistic inclusiveness and preparedness of the country to develop a more responsive framework to redesign the cities so as to mitigate urban inequality during any similar outbreaks in future.

‘Children’s safety is a concern’

“For families living in poverty, missing work means missing meals. Even if children do not get the coronavirus, their nutritional status could suffer significantly. Children’s safety is also an area of concern. When emergencies occur, social systems tend to break down, and children become more vulnerable and exposed to violence. In this case, the perpetrators are not only external parties but may include their own family members.

“Lack of support to these children and families may spell a disaster. In order to address this, community-based child protection mechanisms should be activated. The government should ensure access to food, shelter, healthcare and basic needs of the urban poor population as an interim relief.

“In addition, it should learn from this pandemic and focus on social determinants of healthcare by creating a robust, equitable and sustainable infrastructure that should be inclusive for all levels of society and ensure strong grassroots level partnership with communities.

The outbreak of Covid-19 has been an important lesson for the national and city governments. The current situation demands a social innovation framework where every citizen is an actor of change and having certain roles and responsibilities towards creating a safer, healthier and resilient nation.”

On the issue of food scarcity leading to poor health, Purkayastha cites a study by the Indiian Council of Medical Research on Global Burden of Disease, which found that 64.8 per cent of child deaths are a result of malnutrition. The current pandemic, she added, is likely to make this situation even worse.

“The risk of the Covid pandemic might be high but that of hunger and starvation is also equally real and a bitter fact even today. As a war-like movement, it requires massive preparation in all levels to mitigate the perilous impact on vulnerable classes,” she added.

Purkayastha concludes: “There is dire need for concerted efforts by key stakeholders, including governments and non-state actors, to ensure that we respond efficiently and effectively to safeguard the most vulnerable children of our society. Lest children like Rekha and Shiva would be left behind. The pandemic preparedness index will not only protect them against immediate vulnerabilities but also act as a long-lasting urban public health strategy against any future epidemics.”

A version of this article was first published in The Hindu