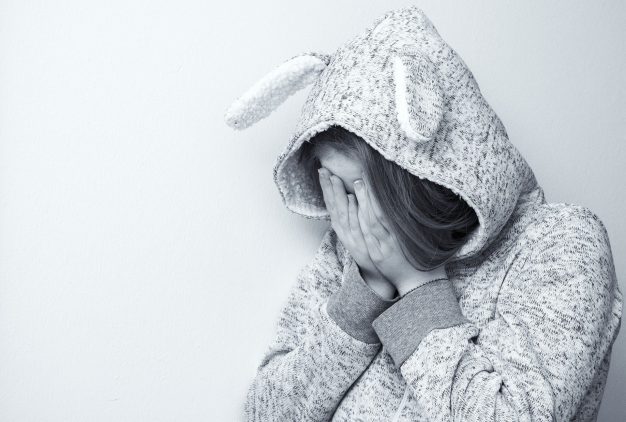 The UK Children’s Society is demanding better protection for vulnerable youngsters after a huge rise in suspected cases of child exploitation.

It follows the publication of new figures from the Office for National Statistics (ONS) which show a 91 per cent rise in referrals to the National Referral Mechanism of children suspected of being caught up in so-called modern slavery, including criminal exploitation.

This is the first time the ONS has published a report on modern slavery, an umbrella term for all forms of slavery, such as human trafficking and sexual exploitation. The ONS says producing accurate prevalence measures are difficult because of the hidden nature of the crimes. Currently there is no single, definitive data source to accurately quantify the numbers of people affected.

‘This is only part of the story’

So the ONS has worked alongside the UK police forces, the Crown Prosecution Service, Salvation Army charity, the Modern Slavery Helpline and other stakeholders to publish what data has been compiled. Police forces recorded just over 5,000 offences in the year to March 2019, up by half on the previous year.

Many children living in difficult conditions and leading troubled home lives, often in inner-city and urban areas where poverty is rife, are often at risk of being exploited by criminal gangs for potential profit. The ONS says it is important to bear in mind that increases in modern slavery offences are most likely to reflect improvements in recording practices and increases in the general awareness of the issue, and therefore prompts more people to tell the authorities about anything you might witness or be aware of. This, however, ‘is only part of the story’, adds the ONS, as many cases ‘remain hidden and unreported’.

‘Horrors of trafficking and modern slavery’

Iryna Pona, Policy Manager at The Children’s Society, said:  “The big increase in the number of children experiencing the horrors of trafficking and modern slavery is a real worry. It affects both British children and those trafficked from outside the UK.

“Criminal exploitation, including through county lines, is likely to be a significant factor, with children across the country being groomed with drugs, alcohol and promises of status and wealth, then coerced with terrifying threats, violence and sexual abuse. But there has also been a rise in referrals for sexual exploitation. Worryingly, the number of referrals dwarfs the number of successful prosecutions of those who exploit children.

“Sadly, these referral figures may also be the tip of the iceberg, as too often, children at risk are not identified and awareness of the National Referral Mechanism among professionals and within the legal system remains patchy. Children face an unacceptable postcode lottery when it comes to accessing support.

‘A national strategy to tackle and disrupt’

“It’s vital that the Government agrees a national strategy to tackle and disrupt child criminal exploitation, define the offence in law and ensure all children at risk and who are being exploited are identified and get timely support – including from independent child trafficking guardians, who should be rolled out across the country for all children.

“During the current coronavirus crisis, vulnerable children may be more at risk of being targeted by criminals, with many missing out on supervision and support in school, college and alternative provisions. It’s crucial at this time that all have support from a trusted professional who can check on their well-being and help keep them safe.”

Shaun Sawyer, Chief Constable of Devon & Cornwall Police and the National Police Chiefs Council (NPCC) lead on modern slavery added: “Modern slavery can be hard to identify and track but recent years have seen many agencies, police amongst them, build a far greater understanding of the threat and how to respond to it. As part of that we have seen an almost ten-fold increase in the number of live police investigations into modern slavery and we welcome any further effort to share knowledge and better target the partnership work needed to prevent this awful form of crime from taking place.”

Earlier this year he warned that the criminal exploitation of children was ‘at its highest level in modern times’ as gangs capitalised on a lack of youth facilities and school exclusions in order to ‘groom’ children. He said that as state provision for children receded in the last decade, driven in part by austerity, criminals had exploited the space between ‘the school gate and the front door’.

Much of this criminal activity, he added, was the result of ‘county lines’, which refers to the geographical lines through which gangs traffik people or drugs from urban to rural areas. Many youngsters are recruited over social media, lured into slavery by promises of money and expensive clothes and gadgets.