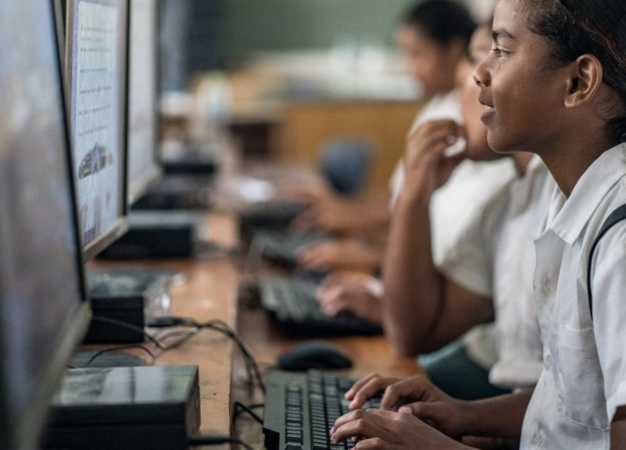 Governments and companies across the world have responded to the COVID-19 pandemic with cancellations of public events and closures of offices, restaurants, museums, schools and universities to avoid masses from gathering as the highly contagious pneumonia-like disease can spread from one person to another.

As of March 17, over 182,000 cases and more than 7000 deaths have been recorded worldwide. Education institutions around the world have responded to school closures by holding their classes online to ensure that students will still be able to study at home, writes Nuurrianti Jalli

In the United States, more than 200 universities canceled in-person classes and moved online.

In Southeast Asia, several schools have been closed amid the worsening case of COVID 19 in the region, and many universities shifted in-person classes to online learning as an effort to limit further transmission of the pathogen.

This sudden change to online teachings has raised concern among many teachers and professors in Southeast Asia. Even though the world has become hyper-connected and internet penetration continue to increase every year, in Southeast Asia like in many other developing regions, a large segment of the population don’t have access to the Internet and electronic devices.

The term “digital divide” has been used to define a gap in access to or use of Internet devices.

For countries like Indonesia, the most populous nation in the region, only 56 per cent, with only 150 million of its 268 million population have access to the Internet. Thailand, Myanmar, and Vietnam also have less than 60 per cent Internet penetration, with 57 per cent, 39 per cent, 38 per cent respectively in 2019.

While statistics show increased penetration every year, many people in Southeast Asia still cannot afford unlimited and stable Internet connection. Even people with access to the Internet experience some infrastructural divide.

We can see the infrastructural gap through several circumstances, including the discrepancy of Internet speeds in different regions.

For example, in Kuala Lumpur, people are enjoying high-speed Internet up to 800 megabytes per second. At the same time, in Sarawak (East Malaysia) speed is much slower, with some areas in the state do not have any access to Internet service.

When it comes to online courses, this discrepancy will affect students’ access to education.

UNESCO recently noted that school closures in Asia due to coronavirus have put millions of children falling behind in education as classes shift online.

I tried to look at any policies related to school shutdowns and pandemic in Southeast Asia. I failed to find a policy on online teaching except existing e-learning policies for universities.

Most universities in Indonesia’s most populated island Java have gone online following the COVID-19 outbreak.

While universities may resort to online courses, most schools in primary and secondary levels in Indonesia do not have the resources and infrastructure to go online, forcing these students to study at home on their own.

In Malaysia, the government has instructed the closures of all schools, universities and colleges from March 18 to 31 as an effort to contain the spread of coronavirus in the country.

Schools and universities in other Southeast Asian countries like Singapore, Thailand, Vietnam, the Philippines are adopting and considering the same approach.

Even when online access is there, some challenges persist.

As a developing region, in Southeast Asia, many students are from economically vulnerable families. Their access to computers are limited to school-provided computer labs, and many do not have access to unlimited Internet on their mobile devices.

I ask my students in Universiti Teknologi MARA in Malaysia about the possibilities of having online classes due to coronavirus.

Some from East Malaysia were worried that their Internet connection would not suffice to support online learning.

Many raised concerns about the quality of learning experience and the fears over the accessibility of paid software when working off-campus.

My friends who teach elementary and high schools said some of their students don’t have access to the Internet, making them unable to join online learning.

Other schools and universities in other countries in Southeast Asia may face similar challenges, or probably worse as they suffer from more significant digital divides.

Governments in Southeast Asia must address several issues when it comes to designing a better action plan to assure all students are well taken care of should another pandemic happens in the future.

Things to consider for online teachings by author.

These issues include ensuring students’ access to appropriate devices and stable internet connections. Another thing is to ensure they can allocate time to work on their lessons, considering they are not in school, and facing a lot of distractions at home.

If they do not fulfil any of these, we have to make sure that we can provide enough assistance to ensure students will be able to partake in the lesson eventually.