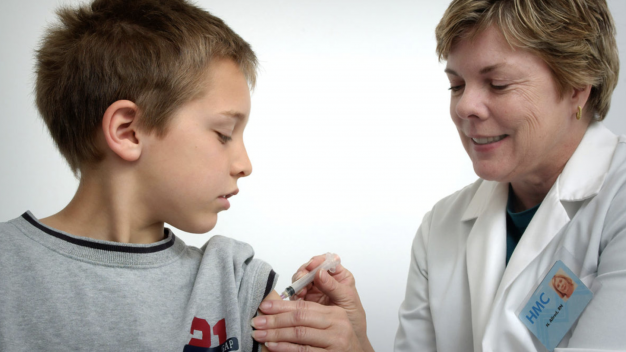 Parents who are white, well-educated and living in city areas of Texas are less likely to have their children vaccinated, say researchers at one of the US state’s flagship universities.

The University of Texas at Austin says the findings could help public health officials identify pockets of low vaccination rates in those urban communities which are at higher risk of preventative disease affecting children such as measles.

Researchers say Texans who are university-educated, live in suburban or urban areas, have higher median incomes and are ethnically white are less likely to have their children vaccinated, sometimes just on the basis of a ‘philosophical objection’.

In a paper published in the journal PLOS Medicine, Lauren Ancel Meyers, professor of integrative biology and an  epidemiologist, along with her team at UT Austin, compared publicly available census data with the number of conscientious vaccination exemptions from public, private and charter school systems across Texas.

The state is one of 15 to allow families who cite a philosophical objection to vaccines to opt out of immunizations for their children that are otherwise required for enrolling in school. A total of 45 states and Washington, D.C., allow religious objections to immunizations.

“The study not only provides a window into local vaccination patterns throughout Texas, but also allows us to make predictions,” said Meyers. “If you don’t have data on the vaccination rate for a given community, you can use demographic factors to predict outbreak risks for vaccine-preventable diseases.”

Researchers consider vaccination exemption rates of three per cent or higher in a school or school district to be the threshold for high risk of an outbreak of vaccine-preventable illness. A growing number of schools exceed that threshold in Texas. Between the 2012-2013 school year and the 2017-2018 school year, the percentage of school districts reporting high-risk levels of exemptions doubled in public school districts across the state, rising from three per cent to six per cent. High-risk private schools increased from 20 to 26 per cent, and charter schools increased from 17 to 22 per cent.

The study examined the top 10 metropolitan areas in Texas, including rural, suburban and urban communities within each area. Suburban and higher-income urban communities were more likely to have high vaccination exemption rates than rural counties, the study found. Austin, Dallas-Fort Worth and Houston were the cities with the highest risk of vaccine opt-outs. Areas with higher percentages of young children, ethnically white people and people with a bachelor’s degree were more likely to have higher vaccination exemption rates.