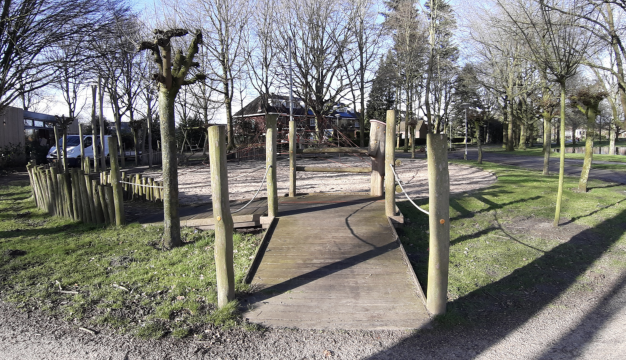 Published on 18-03-2020 at 09:00
The playground in van Sonsbeek Park, Breda, which has been made accessible for children.

Councillors in the Dutch city of Breda are adding their weight to a national campaign to give equal opportunities for outdoor play to children with disabilities.

Erwin Hoek, a councillor with the PvdA party, has written to Breda’s city council to ask them if they are willing to make city playgrounds fully-accessible to disabled children, and what measures are necessary to ensure this aim can be reached.

In the letter addressed to the Municipal Executive of Breda, Hoek acknowledges the ‘major steps’ being taken by the authorities to make the city accessible for people with disabilities, such as visual impairments or walking difficulties. But, he adds, there remain ‘obstacles’ for Breda residents, and cites the example of playgrounds in Breda where children with disabilities cannot fully participate.

Enabling a child to play with his or her peers, he adds, is good both for children and the wider society. He asks the council whether they recognise the importance of these aims, and whether they are able to map out which playgrounds in the city are fully accessible.

Breda is the latest Dutch city to raise the issue of outdoor play provision for Dutch children, and comes after an event to mark National Outdoor Play Day on June 12, when councillors in the northern city of Zwolle worked with the Association of Dutch Municipalities (De Vereniging van Nederlandse Gemeenten or ‘VNG’) to test playgrounds for accessibility.

That was followed in December by the signing of the SamenSpeelAkkoord (PlayTogetherAgreement) in The Hague by members of the VNG and city leaders. Over the next two years the aim is to raise awareness of ‘play for everyone’ in the Netherlands, whether the child is able-bodied or disabled.