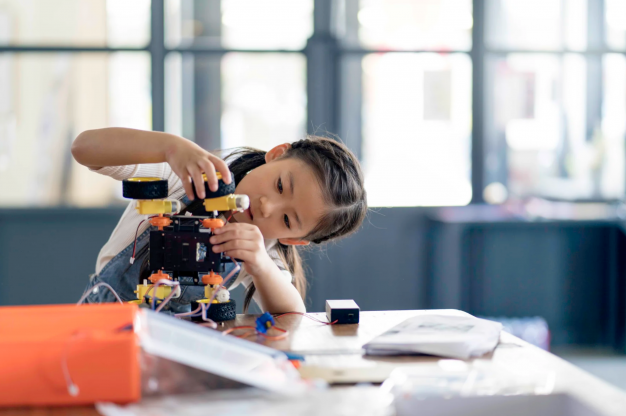 Tech-bots, virtual worlds and personalised everything

Even a short reflection on our daily lives, proves that much has changed.

Consider this, if you use email, social media, mobile devices, tablet computers, cloud-based storage, wireless Internet, blogs, wikis or digital cameras – you have the last 20 years to thank. Of Kurzweil’s 147 predictions since the 1990’s, 115 have proven accurate within a year or two, giving him a hit rate of 86 per cent.

With this impressive track record, we are inclined to trust Kurzweil when he says there will be no slowdown in this pace of change.

His predictions in 2015 suggest that we should already be focusing on the next big, emerging technologies.

Are you ready for virtual reality and holograms in your home or for accessing your uploaded consciousness, and that of your ancestors from cloud computers?

Most of us can agree that the predicted mass decline of disease can only be positive, despite population number concerns.

By 2030, it is likely that nano-robots will be programmed to take over numerous biological functions, effectively eliminating death from common disease.

Change and technological growth will remain a constant in society throughout our lifetimes. For some of us these changes have elicited a stagnating panic, in others, excited futuristic planning.

Change and technological growth will remain a constant in society throughout our lifetimes. Picture: Getty Images

As a society, we have no precedent, strategies or references for adapting to change at this speed or at this global scale. In education, in particular, we need to ensure that we provide learning that equips today’s humans to become future-ready citizens.

Taking onboard calculated predictions from experienced educators around the world, the classroom of 2040 will look very different.

So, what does this technology mean for our children, at this unprecedented rate of change?

“As Year 8 teacher Anh enters his English classroom, his internet-connected glasses flash up a reminder, ‘Nick is away today’ and the implant under his skin buzzes gently.

Anh waves the reminder away by moving his finger in front of his face. He’ll update the roll later.

This classroom has no defined teacher space, so Anh moves to the window and taps his implant to connect to the rooms wifi.

His glasses provide the weather update, overlaying the view in a mixed reality way – it will be a rainy bike ride home.

As he scans the room, he uses the mixed reality to check that the interactive walls, heating and lighting are all set to his preferences. The door facial recognition scanner usually identifies him and sets his preferences automatically, but it’s always good to check.

We need to ensure that we provide learning that equips today’s humans to become future-ready citizens. Picture: Getty Images

The classroom is open with couches and comfortable chairs, on each arm, a small flexible screen is attached. Ahn is glad that he doesn’t have to deal with broken device screens anymore, these flexible paper-sized screens are so easy for students to use, connect to and share.

There isn’t any maintenance either. A win for the school administration, he knew.

Every wall is covered in interactive wallpaper, no wires or cables to be seen. Thank goodness for air-harvested power he thinks.

On one section of the interactive wall, three students are finishing their homework from last lesson. They add the final drawing (with their finger) and double tap the wall to submit it.

More students arrive, with the usual noise and boisterous exclamations. Anh calls them to attention, and they settle down.

Some on the couches, some on stools near the interactive walls, others pick up a digital notebook from the table at the back of the room and find their friends.

Ahn looks around the room, scanning faces and taps in the air in front of him to submit the role. Anh begins the lesson.

Each student has worked on an individual project this term and Anh has accessed analytics from their devices to plan today’s lesson.

Three students spent a lot of time on YouTube last lesson. They were looking at on-topic videos, but the amount of re-watching and reviewing of a certain concept has got Ahn concerned. He’ll work with those students first.

The classroom of the future may have no defined teaching space. Picture: Getty Images

He directs them to one side of the room and asks them to log in (via secure fingerprint identification). He’ll join them in a moment.

Four students seem to have finished their project but they need to be challenged to go deeper.

Anh has noted this and has a set of questions for this group to answer today.

Ahn looks at the floor and his heads-up display appears, from the projection he selects the list of questions he prepared and sends them to the students in front of him.

They head off to begin work on their flexible screens.

He’ll gather today’s analytics this afternoon and finalise everything.

It’s up to the educators of today to help kids engage in a world of technology-enabled workplaces. Picture: Getty Images

As Ahn heads home, he’s excited for tomorrow. He has booked the immersive virtual reality lab. The class will be off to Stratford-On-Avon to watch Shakespeare’s Othello and then to a Q&A with Shakespeare himself.”

All this technology is current, or emerging. And it’s up to the educators of today to help kids engage in a world of technology-enabled workplaces and changes in daily lives.

What might come next? We don’t know – and that’s the exciting role of today’s teacher, to keep an eye on today, with tomorrow firmly in view.