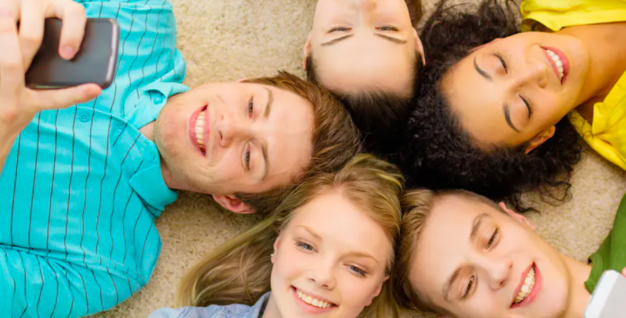 The first generation of people who have grown up using social media such as Facebook and Instagram are entering the workforce. For as long as this breed of so-called “digital natives” has been alive, some academics have been arguing that using the internet from a young age would shape the way people learn, work and even think.

But it is still not clear how useful this kind of generational divide actually is, or how different these young people are to “digital immigrants” born in a pre-internet age. Some studies suggest what matters is not age but the level of experience and knowledge people have with a particular technology, writes Shahla Ghobadi, University of Leeds

My colleague Lars Mathiassen and I wanted to see how early use of social media that has transformed our everyday lives might affect young people’s views, particularly related to the development of software that shapes so much of our world. We found that precocious social media users, who had regularly used sites such as MySpace, Facebook, and Instagram from an unusually young age, had some important views that were different from those who had come to social media later in life – even those who were born at the same time.

But we also found precocious social media users shared some views with older people who had built up more experience over time. In particular, they shared the belief that software should have an important social impact on the whole world. Our results challenge prior research by suggesting that it’s a combination of age and specific experience that makes a difference in how people approach work, at least when it comes to social media.

Our participants were 55 developers from two software development firms, whom we split into three groups. Group 1 developers were on average 22 years old and had begun regularly using social media before the age of 11. Group 2a were those of a similar age who did not use the technology so young. And group 2b comprised older developers (on average 34 years old) who usually had more experience with social media, but that also came after the start of adolescence.

We found that group 1 developers understood the goals of software development differently. They put more emphasis on challenging established norms and transforming how users interact with technology, expecting it to fit seamlessly into people’s lives. This could help explain the popular stereotype of precocious social media users becoming developers of disruptive but intuitive apps.

Group 1 developers also favoured continuous experimentation with new technologies and noted how this could contribute to creating new standards and models in the industry. And they expected that the software they develop should help society. As one participant said:

The world is increasingly running on software products, and in many cases, those products have social and ethical implications. Software developers can engage in initiatives like hackathons to align the software we develop to social issues that need to be addressed.

This is where a surprising finding emerged. Group 2b of older software developers with significantly more experience also shared a desire for software to have social impact. But group 2a of younger developers who had not been precocious social media users did not share this emphasis.

Where does this desire to change the world come from? For the older, group 2b developers, their age and experience might explain why they want their work to have a broader impact. However, for the younger developers in group 1, perhaps the precocious use of social media might have given them an early taste of making a social impact online.

What does seem likely is that if precocious users of emerging social media applications are hired to create the next generation of software, they could well bring with them greater expectations about what their software should do. This could also include having a more positive effect on society, but also challenging expectations about what software development should do through greater experimentation and innovation.

The findings also remind us we need to be careful when dividing people up into technological generations. “Digital native” is a loose term, raising the question of which technology or even which evolving version of a particular technology they are native to.

Our study challenges the view that belonging to a new technological generation is about age, birth year, or proficiency in using a particular technology. A more useful definition may depend on distinct, technology-related experiences that are deeply rooted in regular use from an early age.