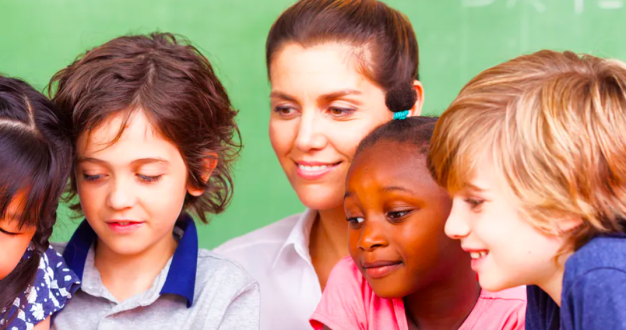 Racism has negative consequences for children’s health. It harms the kids who experience it personally and those who witness it, according to the American Academy of Pediatrics, an organization that represents 67,000 doctors who treat children.

I’m a developmental psychologist who studies the origins of prejudice in children, including teenagers. The research team I lead investigates the kinds of experiences that can help make kids become less prejudiced. We help local school districts with their efforts to encourage all children to get along well with others, including their classmates and teachers, writes Melanie Killen, University of Maryland.

What makes it hard to have friends?

Getting along well with others in childhood is about making friends, respecting others’ viewpoints, and thinking about what’s fair when resolving conflicts. Kids who have repeated conflicts with their classmates suffer in many ways, including experiencing stress and anxiety. Consequently, they may become withdrawn and not feel like going to school.

Bias can make it harder for people from different backgrounds to become friends with each other. That includes implicit biases that lead to things like microaggressions – everyday verbal and nonverbal insults that are often unintentional but nevertheless convey negative messages about others based on personal characteristics. It is also hard to make friends when other kids at school exclude you simply because your family is from another country.

By adolescence, implicit bias can lead teenagers to use explicit racial slurs or harass their classmates. Unfortunately, instances of explicit bias in childhood and adolescence – such as calling someone the n-word or disparaging them for being an immigrant – are growing more common.

What’s important to know, though, is that while these biases are taking hold, children also are developing positive beliefs about the importance of what it means to be fair. That can mean the need to take turns, share toys and avoid hurting anyone.

This contradiction can sometimes result in confusion and conflict.

Children often don’t get the consequences of their actions or what makes someone else feel bad. The good news is that the biases of children are not as hard to overcome as is the case with adults.
Scholars like me call friendships with other kids from different cultural, ethnic and racial backgrounds “cross-group friendships.” These bonds play a positive role to help children to reject or at least question stereotypes, from the internet, movies, politicians, the media, family or peers may not be true.

My research team has found that children who have friends from different backgrounds are able to reject stereotypes.

When children observe others who are friends from different groups then they are more likely to think “If someone from my group likes them then they must be OK.” Discovering shared interests, hobbies, and values with new kids helps to diminish attitudes that might be based on stereotypes.

Psychologists have found that people who form cross-group friendships when they’re young are less likely to harbor prejudice as children or adults.

My colleagues and I have learned that when teachers encourage children to listen to one another, care for each other, and form friendships, children do better in school. What’s more, when students learn about the historical contributions of famous individuals from both majority and minority backgrounds, they are less likely to display prejudiced attitudes.

Our University of Maryland program, Developing Inclusive Youth, is an eight-week program for elementary school students in third through fifth grade. Students log into an online curriculum tool and watch social exclusion scenarios among an animated group of characters, boys and girls, spanning many ethnicities as well as different immigration and class statuses. These situations occur during recess, in class, at home, and other everyday situations.

Kids use this app for 15 minutes, clicking on options to make decisions about how each character feels, and what should happen in the situation. Immediately afterwards, they sit in a circle with a teacher and talk about what they’ve been feeling and learning for half an hour.

Students often open up and describe their own personal experiences.

“Some kids said ‘you can’t play with me because you’re a different skin color,’” observed an African American girl in third grade. A white girl sitting next to her replied: “That’s not nice.” The teacher asked the children what they should do if they see this happen and talked about the importance of changing this type of behavior.

After participating in the eight-week program, children’s responses to an in-depth survey about their attitudes and behavior revealed fewer stereotypes about girls and kids of color. They also expressed an increased desire to have friends from different social and cultural backgrounds than do students who don’t take part in the program.

A group of Harvard and Arizona State University researchers developed another program, the Identity Project, to give 9th graders the tools they need to learn about their racial and ethnic identity, and to make them more aware of the historical and societal sources of stereotypes and discrimination. Students get eight lessons that combine brief lectures, classroom activities and homework assignments.

As an example, students create a family tree and learn about their family’s origins. Following the program, students had a greater understanding about their own ethnic and racial background and improved self-esteem. In addition, they learned about their classmates’ cultural backgrounds and traditions.

The prejudices kids acquire early on can become deeply entrenched and hard to change as adults. In my view, it’s important for schools to encourage students to overcome the bigotry they’ve learned by making friends with people who don’t look like them. This will not only help these children. If it’s done on a big enough scale it may well contribute to the creation of a more just and civil society.

[Get the best of The Conversation, every weekend. Sign up for our weekly newsletter.] 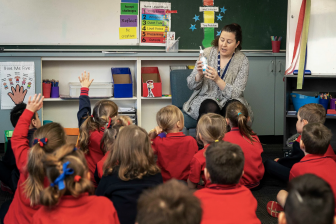 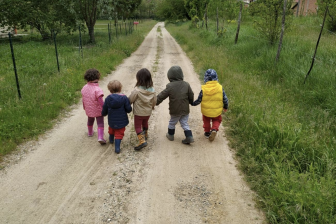 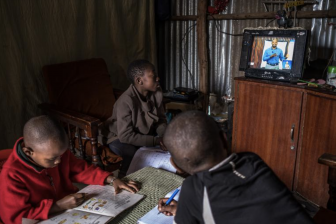 Recovery from child exploitation is a long process – CC’s story

CC is a 14-year-old girl who came from a poor and broken family in the Indonesian city of Batam. Batam, Indonesia. Growing up without affection from her parents made her highly vulnerable to exploitation. (more…)Read more