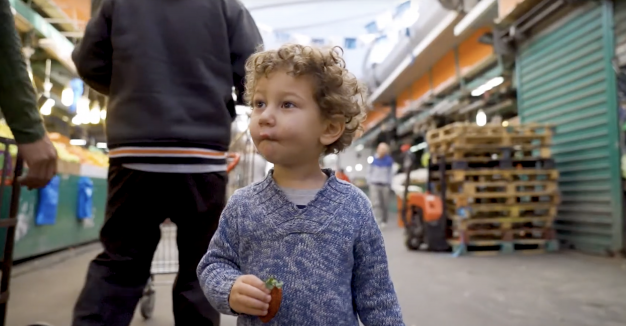 Tel Aviv is the latest city to be shown ‘through the eyes of a child’ thanks to the Bernard van Leer Foundation (BvLF).

The foundation’s Urban95 project has showcased several Young Explorers films made by New York City-based filmmaker Jacob Krupnic, who has now turned his attention to one of Israel’s most densely populated cities.

How do children really experience cities?

In this new two-minute film, a young boy, Geffen, takes the audience for a walk around Tel Aviv, visiting the markets, the beach and just doing what kids do. The aim with all of these Young Explorer films is to get the audience to stop and think – with a renewed empathy – about how young children really experience cities.

The film, commissioned by the Municipality of Tel Aviv, shows how Geffen reaches out for a handrail as he steps past a water feature, and we also see him pause to observe a rainbow reflected in a fountain. The foundation says: “It shows us how differently young children experience cities compared to adults; how much more vulnerable they are to hazards such as uneven paths or bad air quality.

“It also displays the wonderful potential of cities to be environments that stimulate the development, learning and growth of babies and toddlers,” it adds.

Last year the first five Young Explorer films were made public, having been produced by Krupnic with the help of youngsters in two cities on different sides of the world: Pune, India, and Recife, Brazil.

The Bernard van Leer Foundation is always keen to see photographs of cities taken from the perspective of a baby or toddler. Post your photos on social media with the hashtag #urban95explorers