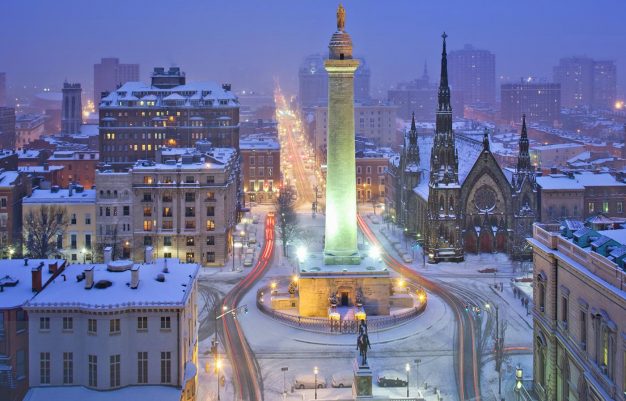 Play is banned on all Baltimore city streets. A new bill could change that.

A ban on children playing outdoors in the US city of Baltimore has affronted one local councillor so much that he’s launched a one-man mission to change the law.

Should Ryan Dorsey be successful in repealing a key element of the city code, then children will no longer be deemed to be breaking the law when playing a simple of game of tag or tossing a ball on the streets of the most populated city in Maryland state.

‘Criminalize other non-harmful uses of that public street’

Section 50-41 of Article 19 of the City Code makes it unlawful for any person to ‘play ball, fly a kite or throw a stone or other object or missile while in any street, alley, lane or other public thoroughfare’. Doing so could land the culprit, thanks to another city code, what is termed in the US a misdemeanor – in other words a ‘lesser crime’ – and a fine of 50 US Dollars, reports WYDR news service.

Dorsey’s bill aims to repeal both of those parts of the city code, and at a recent debate in City Hall on the legislation he said that the bill was a question of who has the right to fully enjoy public space. Car parking spaces is already a priority for the city, and Dorsey reportedly told the meeting that it was ‘beyond the pale to say not only are we going to prioritize private storage of material goods, but we’re also going to criminalize other non-harmful uses of that public street’.

Several supporters officially gave their support for Dorsey’s bill, including Shamoyia Gardiner, the education policy director at Advocates for Children and Youth.

“It makes absolutely no sense to have this ordinance on the books which criminalizes the behavior of children that is extremely natural,” Gardiner said. “There is a disproportionate impact of the criminalization of childlike behaviors on black children.”

According to WYPR, Baltimore Police Department did not provide an official stance on the bill, saying it defers to the Law Department and the Department of Transportation.

Steve Sharkey, director at the Department of Transport, said they would support the bill if it included an amendment to repeal the prohibition of play on local roads only, meaning play on certain thoroughfares.

The bill will have to go through several layers of legal process before it can be passed.