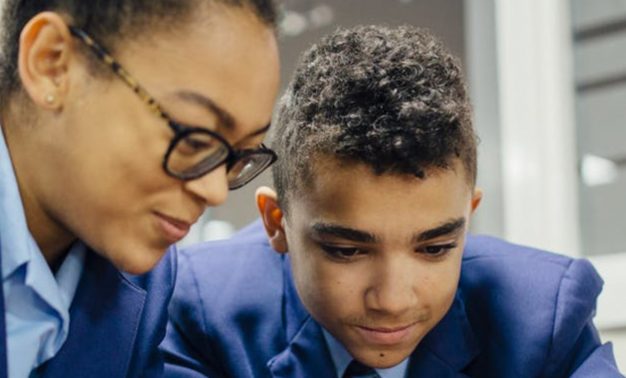 For many children today, before they even start school they are already digitally literate. They know how to use a phone, make videos and take photographs. This is to be welcomed given government research has found that 82 per cent of all advertised openings require some level of digital skills.

But our new research with schools in the US and France shows that teachers perceive the benefits and harms of tech use for students differently depending on the student’s race, social class and disability status.

We found that teachers are more likely to see technology use by marginalised students as “messing around” and unhelpful to learning, but when it comes to their more privileged peers, teachers are more likely to see the benefits, write Emeline Brulé, Lecturer in Product Design, University of Sussex and Matt Rafalow, Sociologist and Visiting Scholar, University of California, Berkeley.

Our research looked at the day-to-day uses of technology in two countries and 12 schools. We investigated tech use in three US middle schools with different student demographics. We also collaborated with a French education service provider for blind children and nine of the primary, middle and high schools it works with in France.

In the US, in a predominantly white, private school, we found that educational technologies were not only welcomed, but nearly all uses of technology by students (including video games) were treated by the school as potentially useful for education. Social media, often vilified elsewhere, was seen as just another part of a college application: used to showcase dedication in areas such as sports or photography.

But in other middle schools – including one with mostly working-class students of Latin American origin or descent and another that had mostly middle-class, Asian American students – social media was perceived as irrelevant and, at times, even threatening to learning. Teachers at these schools felt students had enough to do learning the basics of programming and office software.

France recently became the first country to impose a so-called “ban” on smartphones at school. The new law enables schools to write their own smartphone policies. This includes allowing smartphones for learning purposes or in certain areas of schools and banning them in others.

In France, we found that legitimate phone use in the classroom was in many instances now also forbidden. And visually impaired middle- and high-school students, who increasingly rely on their smartphones to be able to participate in school life and learning activities, found themselves unable to do so.

This adds to existing forms of discrimination, such as the widespread practice to sit these students apart from their peers, because of concerns that using a computer may impair the learning of nearby students.

And in this sense, our findings show that if strategies to discipline smartphone use in schools are not carefully considered and implemented, they may simply reproduce inequality or even create new divides. This is why it’s important this phenomenon is looked at more broadly, in a larger number of schools and countries.

Libraries and museums, often show how tech can be playfully and responsibly embedded in young people’s lives. Indeed, Catherine Cormier, programme manager at The Mix at San Francisco Public Library – a free space and digital media lab for teens to “connect, explore, learn and hang out” – explains how equal access to technological resources for all teens can help to bridge the social divide in tech:

Teens have little confidence that they can do something adults will find worthwhile with technologies. We try to meet them where they are – often [with] video games. Mostly I try to establish boundaries [or structures rather than] barriers – as rigid barriers always exclude kids who need us.

This is important because more and more jobs require applicants to have digital skills. Indeed, a study by the charity Nesta found that not all digital skills will be equally valuable in the future and the most beneficial ones will involve creativity – such as animation skills, multimedia production and design in engineering.

So instead of forbidding technology use, all young people should be supported in their explorations. And this begins with showing interest and providing space for students’ current digital practices, be they video games, social media, video calls or vlogging.