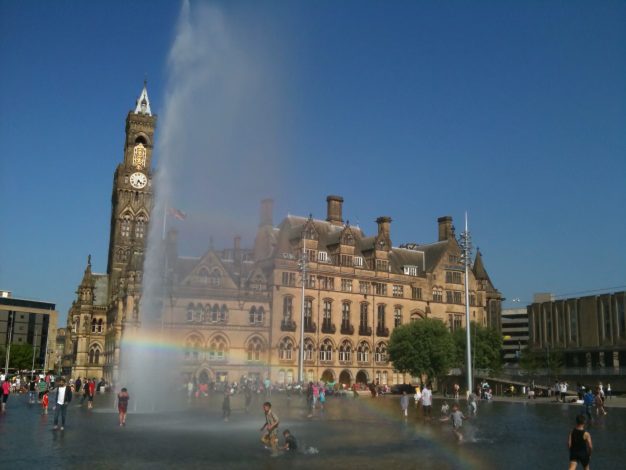 The city of Bradford is confident of becoming the latest in the UK to gain official UNICEF Child Friendly City and Community status for the region.

Gaining this coveted global status would go a long towards helping the city, in the north of England, have a more coordinated approach to ensuring the voices, needs, priorities and rights of children are an integral part of public policies, programmes and decisions.

UNICEF describes a child-friendly city and community as ‘a city, town, community or any system of local governance committed to fulfilling child rights as articulated in the Convention on the Rights of the Child.’

The process of becoming a Child Friendly City and Community takes between three and five years, and cities and communities are invited to take part in the initiative. Bradford Metropolitan Council says that ‘initial exploration’ with UNICEF has shown that they are interested in Bradford in gaining the accolade, which was launched in 1996 and now operates in around 3,000 cities worldwide.

A key expectation from UNICEF is evidence of strong leadership and partnership working between organisations that deliver services for children, with a commitment to develop to create sustainable and imaginative policies that support the district’s children and young people.

Evidence from more than 20 years shows that gaining a Child Friendly City and Community status can dramatically improve outcomes for children and young people. Bradford MC says the investment is expected to support a number of improvements, including:

Councillor Adrian Farley, the council’s porfolio holder for children and families, said: “Our district is one of the youngest, most diverse in Britain. Around one third of our population is under the age of 18 so we want our district to be recognised as a champion of children’s rights, demonstrating to everyone that children and young people are integral to the life, health and well-being of the whole community.

‘At the heart of our decision making’

“We know that this is the start of the process and that getting on the programme is not guaranteed, but gaining Child Friendly City and Community status will support our ambition to listen to the voices of children and young people. It will mean that we put them at the heart of our community and our decision making,” he added.

Visit the Child Friendly Cities website for more information about its aims and projects.