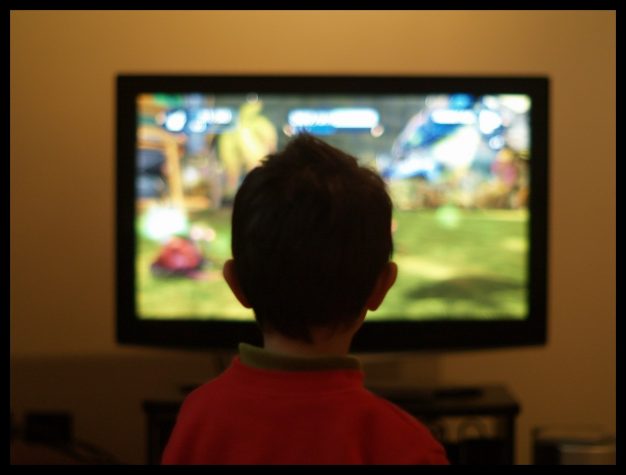 Watching television is the lifestyle habit ‘most strongly associated’ with obesity in children, says an international health research centre which looked at city children’s habits.

The Barcelona Institute for Global Health (ISGlobal) did a study of 1,480 children to identify the lifestyle habits that influence the risk of becoming overweight and obesity at a young age

The youngsters involved were from the cities of Sabadell and Valencia, along with Gipuzkoa province, and had been enrolled in the birth cohort of the INMA Environment and Childhood Project, a Spanish research network which studies pollutants during pregnancy and their effects on children.

‘TV had the strongest association with obesity’

Television watching was found to have the strongest association with overweight and obesity, as youngsters who were less active and spent more time in front of the TV aged four were at greater risk of being affected by weight issues, obesity and metabolic syndrome – a group of medical problems that put some children older than 10 years old at risk for heart disease – at seven years of age.

‘Drawing and reading were not associated with overweight’

Martine Vrijheid, co-leader of the study and a researcher in the ISGlobal Programme on Childhood and Environment, said: “Most research to date has focused on the impact of individual lifestyle behaviours rather than cumulative effects. However, it is well known that unhealthy behaviours tend to overlap and interrelate. Our aim in this study was to examine the whole set of lifestyle behaviours with a view to facilitating the development of interventions capable of targeting the determinants of obesity from a broader perspective.”

And while researchers also measured children’s time on other ‘sedentary’ activities, such as reading, drawing and doing puzzles, they did not appear to be associated with overweight or obesity. Dora Roma, co-author, added: “When children watch television, they see a huge number of advertisements for unhealthy food. This may encourage them to consume these products.”

Television viewing was also described by the team as ‘discouraging physical activity and interrupting sleep time’, which is vital as adequate sleep time in early childhood is known to be essential for weight control in later life.

The ISGlobal study was published in the Pediatric Obesity journal on December 2.