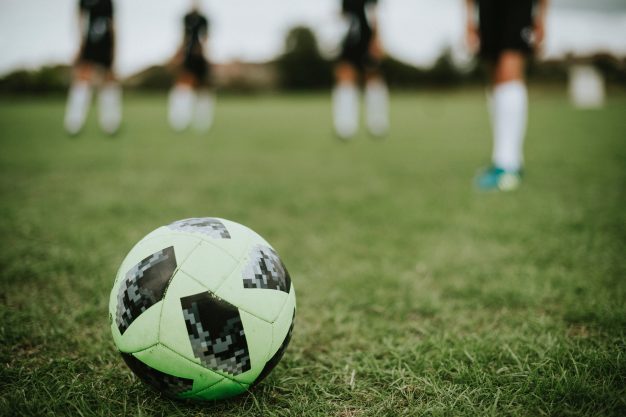 Getting children active has never been more important – kudos then to a Bulgarian city which is proposing to cut the taxes of families whose children take part in organised sport.

The local taxes and fees of youngsters playing sport in Pazardijk municipality could be reduced by up to 30 per cent, and the hope is that this will encouraging more local children to embrace healthy activities, while reducing the tax burden on families.

It’s the idea of Todor Popov, Mayor of Pazardijk, and Reneta Kamberova, a member of the Bulgarian Rhythm Gymnastics ensemble which won the 2011 World Championships in France, and who is responsible for the municipality’s sporting activities.

Their proposal, reports TheMayor.eu, will be submitted to the Pazardijk City Council early next year, with the intention of introducing the scheme before the end of 2020. There are conditions however, with the 30 per cent tax rebate only applying if the child has been entered in the relevant national sporting federation and actively takes part in competitions, and is not just enrolled in a club.

Mayor Popov and Reneta Kamberova were at a ceremony at the European Parliament to receive the banner marking the status of ‘Pazardijk – European City of Sport’. It joins other cities including Limassol, Cosenza (Italy), Cakovec (Croatia) and Milton Keynes (UK) who will have this status for 2020.

It is part of ACES Europe, a non-profit body based in Brussels which every year assigns the titles of European Capital, City, Community and Town of Sport. ACES Europe is an official partner of the European Commission in the European Week of Sport.

There are 12 sports thriving in Pazardzhik municipality and prestigious domestic and international tournaments are regularly held there. In 2018, the local Heber team won the Bulgarian Volleyball Cup, regaining the city’s past glory in this sport. Todor Popov has also resurrected a sports school closed in 1996, which was one of the leading schools in Bulgaria.

“We are working on a system through which we will receive information about all sports children,” Todor Popov told Bulgarian national radio. “For 2020, as a ‘European city of sport’, we are organising  over 150 events in Pazardijk – competitions, sports festivals, round tables and more. Physical activity is a personal example, and we want to create a new model to get more people to exercise, and this is especially important for adolescents.”

It’s just one example of how authorities, from local city councils to national governments, are looking at different ways to incentivise young people and their families to realise the benefits of being active. This is not only for their physical health, for example to guard against issues like child obesity, but also for their mental well-being and self-confidence.

The World Health Organization has global recommendations for the levels of physical activity young people should take, be it playing, games, general recreation and sports, or planned exercise in the context of family, school and community activities. It says that children aged 5-17 should be doing at least one hour of moderate-to-vigorous intensity physical activity every day. Anything above this provides additional health benefits.

Most of the daily physical activity should be aerobic, while it should also incorporate vigorous intensity activities that strengthen muscle and bone at least three times a week.