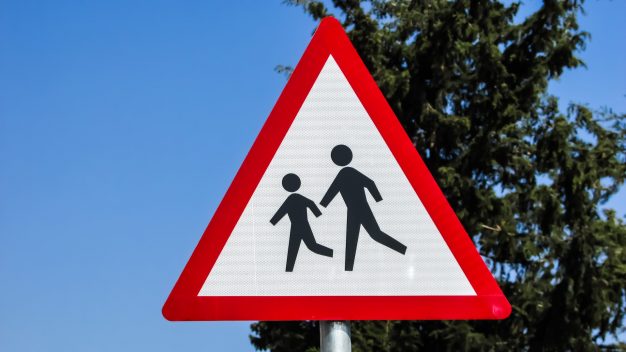 Thousands of UK children have helped to highlight the stark fact that around 18 youngsters are killed or injured every day while walking and cycling.

As part of UK Road Safety Week, road safety campaign organisation Brake has highlighted a number of tragic cases to show the human stories behind child casualty figures on the roads.

One of these was a 17-month-old boy, Jackson, who died after being hit by a car in a hotel car park in the town of Yarm, North Yorkshire in 2017. His mother Cheryl joined more than 220,000 children for the day of action, which used popular cartoon characters to help teach youngsters some of the basics of road safety.

‘Step Up for Safe Streets’

Latest figures reveal that 6,706 children were killed or injured while walking or cycling on roads in England in 2018. While this is a nine per cent drop on the 2017 figure, it still means that around 18 deaths or severe injury incidents are happening every day. London still has the highest figures in the regions, with 1,137 incidents, while the North East, despite its high density urban conurbations, saw the fewest (322).

Cheryl has also set up her own charity, Blue for Jackson, to help raise awareness of the dangers of the roads for both children and parents. For the second year, she gave out Beep Beep! information packs to children that had been supplied by Brake. “The packs really stood out to us as they are aimed at 2–7 year olds and focus on teaching road safety to a younger audience, which we feel is sometimes overlooked. The activities and songs make learning about road dangers engaging and fun for the younger audience,” said Cheryl.

Schools and nurseries took part in the day of action, with Brake calling for people to ‘Step Up for Safe Streets’ and celebrate some of the solutions that are available to enable everyone to make safe and healthy journeys. The latest statistics confirm the need for safe streets with safe footpaths and cycle paths away from motorised traffic, so that children can walk and cycle safely where they live.

Dave Nichols, community engagement manager at Brake, said: “Every child has a right to walk and cycle in their community without fear from traffic. As a charity that supports families who have lost loved ones in road crashes, we know only too well the heartache and devastation caused, especially when young children are involved. The good news is that people like Cheryl are making a difference in their communities by stepping up for safe streets and turning their situation into something positive. We’re grateful for her support and hope together we can help children, and their parents, keep everyone safe on the roads.”

Earlier this year the World Health Organization (WHO) published a report showing that road traffic injuries are now the leading global killer of young children and young people aged 5-29 years. The report highlights some of the key factors behind why certain areas and regions see the highest figures, and also shows some examples of local schemes to make urban roads and intersections safer for children. Download the report here.

More about Brake’s campaign is at brakezebras.org/beep

Chery Jackson’s charity, Blue for Jackson, is at https://blueforjackson.com/